Enough With Thoughts And Prayers 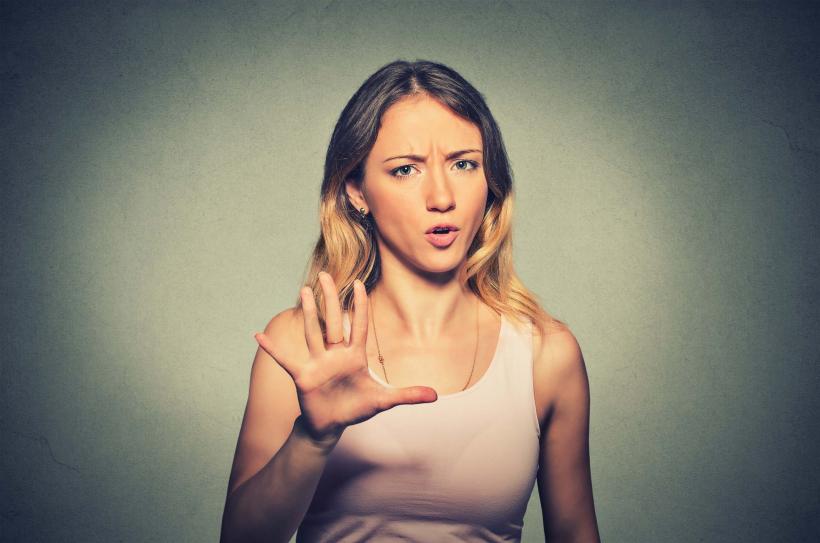 Before you send “thoughts and prayers” to a friend or family member in pain, reflect on whether you could be doing more harm than good.

When my boyfriend broke up with me my sophomore year of high school, I was inconsolable. I suffered my first panic attack, stopped sleeping, constantly cried, literally cut myself and bled onto the pages of my diary, and fantasized about killing myself.

This went on for months, but no one seemed to realize my behavior was disproportionate to the trauma of a break-up and that maybe I needed professional help. Or perhaps they did realize but had no idea how to handle a depressed teenager.

“You’ve got to kiss a lot of frogs, Trish,” a well-meaning uncle said to my swollen face.

“You just need to brush yourself off,” my friends shrugged.

“This is nothing in the grand scheme of things,” my mom chirped.

I received the message loud and clear: my suffering was inconvenient.

So I stopped talking about anything that upset me. I cut myself off from friends. I curled inwards and simmered. I lost faith in anyone’s capacity to notice distress, so I just lied and lied and lied to make things easy. I considered it a game — if no one sensed my depression, I won.

Always a lover of words, I began to distrust language. I fantasized burning down greeting card aisles at the local CVS. Whenever I received a Hallmark classic, I would smile and then later shred it in my bedroom. I kept the ripped cards in a shoebox labeled “Lies.”

Language is mutable. What were once authentically crafted sentiments can slowly erode over time to become meaningless drivel. We’ve seen this happen most recently with the phrase “thoughts and prayers.”

Did you know the phrase “thoughts and prayers” now has its own Wikipedia page? It was created on October 2, 2017, the day after the world learned of the mass shooting in Las Vegas. Such a banal phrase has become so loaded that it needs its own linguistic and historical record.

The first time someone said they were sending “thoughts and prayers” my way was after, in an effort to be honest and open with a family member, I confessed I struggle with mental health issues. After what felt like an uncomfortably long period of time, I received a short message indicating she was “praying for me.”

Most people would have felt gratitude for the message, but I almost broke the computer slamming it shut.

I was filled with rage — shaking, weeping, screaming, crushing my knuckles into the floor until they were raw.

“Didn’t she come to our wedding?” I screamed at my husband. “Doesn’t she know we’re not religious?”

“I’m sure she meant well,” my husband said.

He was right, but I was still angry.

Platitudes are intended to help, but they can harm instead. People offer tried and true sayings because they mean well — but they may also feel uncomfortable dealing with another’s suffering on a deeper level. Additionally, the oppressive positivity found in many of these phrases often contain hints of victim blaming and ableism.

Helpful suggestions can also make a suffering person feel worse. Chronic advice givers tend to offer suggestions to demonstrate how smart and strong they are and how they can deal with your problems more effectively than you ever could. More often than not, the recipient of advice understands that her pain has been turned into part of someone’s dominance display instead of a chance for genuine connection.

While it would have been nice if someone had taken my emotional suffering seriously when I was younger, I understand that teenagers are mercurial; it can be difficult to tell whether they need a pep talk or an actual intervention. Additionally, my current reaction to perceived linguistic inauthenticity is most likely rooted in what I consider the erasure of my anxiety and depression, the silencing of my voice for the sake of smooth family parties and everyone’s ease. I am perhaps problematically sensitive to public displays of care that require no follow-up. Sometimes I feel guilty that I’m not more receptive — that I’m a terrible, ungrateful person.

However, critics have been increasingly vocal about how blithely tweeting “thoughts and prayers” is particularly thorny in our current historical moment because it offers political leaders the opportunity to make hollow gestures without corresponding action.

It’s clear this phrase’s meaning has been warped, and it is no longer appropriate — especially during times of crises when concrete action is needed.

I no longer fantasize about burning down greeting card aisles. Instead, I buy blank cards or cards from companies that subvert traditional expectations of what sympathy looks like. And while some people do find comfort in platitudes, many need something more substantial. Before you send “thoughts and prayers” to a friend or family member in pain, reflect on whether you could be doing more harm than good; that reflection and corresponding action is probably more meaningful than platitudes ever could be.

If you like this article, please share it! Your clicks keep us alive!
Tags
thoughts
prayers
suffering
support
mental health