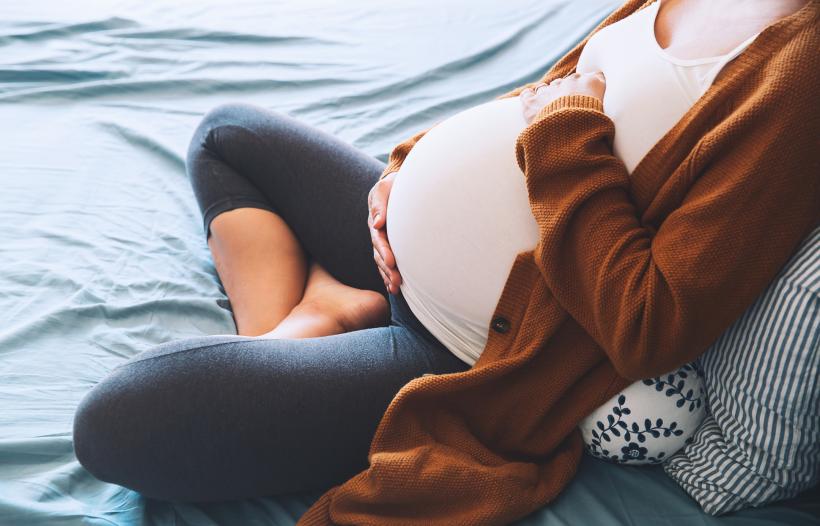 How could I protect him? How could I raise him to be a good son? What if I couldn’t?

“I’m learning a lot from this book,” I told my best friend, Linda.

“Oh yeah? Which book? Didn’t you want to get that one about parenting like a French person?”

“What does that have to do with having a baby?” Linda asked.

“Well, I just learned that shaming a young boy for bringing home high heels will probably lead to him raping and mutilating women and keeping their amputated feet in the freezer.”

“Trish,” she sighed. “The kid is going to be fine. You need to stop with this.”

“Do you know that nearly all serial murderers and rapists are men? Linda, what if he fulfills all three aspects of the Macdonald triad?”

How could I protect him? How could I raise him to be a good person? What if I couldn’t? What if I send a sensitive, curious, and sweet little boy off into the world, and he returns violent and entitled with unhealthy ideas about sex and gender?

The conversation seemed absurd. Just months earlier, I wasn’t even sure I could have a baby.

When my husband and I started trying to conceive two years ago, we were greeted with one ectopic pregnancy, two miscarriages, and then a year of 12 negative pregnancy tests. But after expensive doctors’ appointments, lots of crying, Clomid, and two rounds of intra-uterine insemination, we received the good news: a baby was brewing!

Then we found out the sex.

“We’re having a boy,” I told my husband, suddenly wracked with anxiety by the notion.

“A boy?” My Dad laughed when I shared the news with him. “Well, well. The feminist is having a boy!”

“Men can be feminists too…” I started my spiel but then gave up, seeing as how my struggle to become a mother had turned into a joke about feminism.

I was too emotionally exhausted partially because the previous weeks had been an onslaught of news stories about powerful men abusing women. I had spent the last few days at work editing essays about sexual assault and consent. All of this caused me to obsessively revisit my own past experiences with harassment, abuse, and assault. I woke up in a cold sweat one night and started sobbing as I remembered how it felt to be held down choking and sobbing as an abusive ex-boyfriend ejaculated on my face.

Now, I was going to be responsible for helping to raise a good man in a sea of terrifying examples of toxic masculinity. The task seemed daunting.

“You’re so aware of this stuff, Trish,” my therapist said as I chewed my cuticles to bloody shreds. “Your husband, too. You guys are going to be great role models.”

After our session, I walked to the subway with visions of Ted Bundy stuffing young women into his VW bug and Ed Kemper fucking his mother’s head after decapitating her. I thought of every school shooting that happened since Columbine, when I was a sophomore in high school.

That week, I rewatched an old Criminal Minds episode in which the younger son is murdered by the older son, who turns out to be a budding sociopath. I rewatched We Need to Talk About Kevin. I wondered if the baby was absorbing all of this murder through the amniotic sac, and if so, had I failed at raising a good son already?

“Whatever you do, don’t write about this,” one of my friends said. “When the kid reads it, it will destroy him.”

That felt unfair, but I imagined my son — about ten — asking to read Mom’s writing.

“Oh, sorry, kiddo,” I’d explain. “It wasn’t about you, really. It’s more about society and my own feelings of inadequacy.”

He’d nod sagely and return to whatever he was doing — maybe reading Lord of the Rings or scrawling portraits.

Deep down, I understood I wasn’t actually afraid of creating a human who entered the world with a voracious appetite for stabbing people or gunning them down. He was going to be raised with love in a feminist household to respect others’ bodies, to have autonomy over his own, to understand consent, to be kind and thoughtful, to cry when upset, and to not hold in negative emotions.

I was afraid of the world getting its hands on my kid.

How could I protect him? How could I raise him to be a good person? What if I couldn’t? What if I send a sensitive, curious, and sweet little boy off into the world, and he returns violent and entitled with unhealthy ideas about sex and gender?

Around age three, children start to subtly internalize social stereotypes about sex and gender. And we have to be vigilant about reinforcing values associated with gender equality and respect because children aren’t born with these ideas; they learn them. In “How to Raise a Feminist Son,” Claire Cane Miller observes how clutching outdated gender norms can be harmful for developing boys: “Even as we’ve given girls more choices for the roles they play, boys’ worlds are still confined…They’re discouraged from having interests that are considered feminine. They’re told to be tough at all costs, or else to tamp down their so-called boy energy.” Boys need more choices, she concludes, “to create an equitable society in which everyone can thrive.”

When I excitedly showed my mother a baby gift a friend had given us — little board books about famous feminist women — she scoffed.

“Why would your son need this?”

These little books with brightly colored pictures of Harriet Tubman and Frida Kahlo weren’t even around when I was a little girl, which gives me hope about raising a child now — we are more aware. And though I know my kid is probably going to chew on the books and not really understand their significance until later, maybe he will eventually come to think of these women as role models and women as equals.

In the meantime, I’m going to put Mindhunter temporarily aside and pick up Bringing Up Bebe instead.