Navigating The Grief Of Miscarriage When Your Friends Have Babies 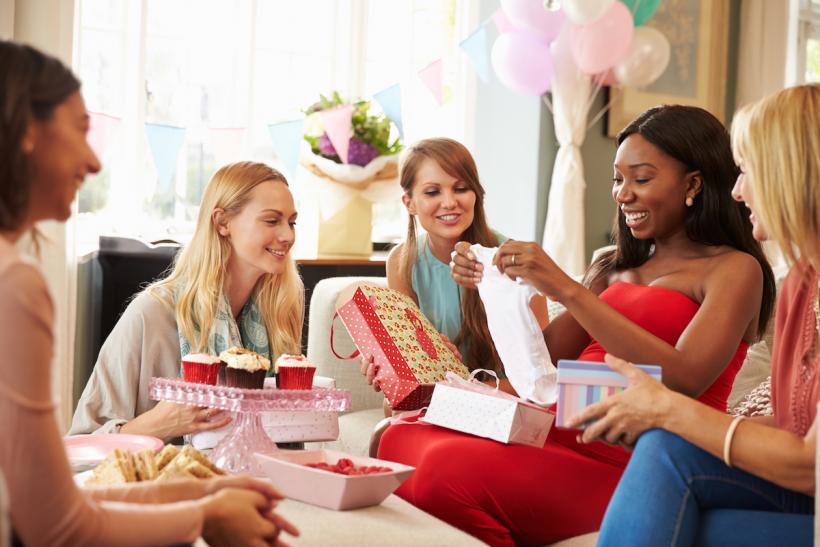 I was going to be left behind while everyone chatted about diapers and boppies and bonded over shared maternal experiences.

Audrey was 28 when she was diagnosed with breast cancer. She had a single mastectomy and endured months of chemotherapy. For her to stay cancer free, she has to take Tamoxifen, a drug that induces menopause. Unable to have a biological child, she and her husband went through a year-long process before they could adopt. My friends and I were elated when the adoption went through; they had suffered so much.

Except elated was only part of my emotional experience.

As someone with a history of miscarriages, I was also resentful and depressed. The thought of attending the baby’s upcoming “welcome to the world” party threw me into a panic. Scanning the aisles at Babies R Us for a suitable gift led to sobbing in the street. As I counted down the days, the conversations in my head alternated from abusive to compassionate:

“It’s okay to feel conflicted. Be nice to yourself!”

“Stop being so selfish!”

Things got even thornier at the baby party as I was confronted with a new reality: the future included my friends’ babies, and our social lives were now going to be different. No more spontaneous trips to the beach or boozy brunches. I was going to be left behind while everyone chatted about diapers and boppies and bonded over shared maternal experiences. My friends were all becoming parents while I underwent invasive medical examinations and cried myself to sleep at night feeling hopeless and defective.

I was afraid of not getting pregnant — and of getting pregnant. Because if I peed on a pregnancy test tomorrow and got a second line and then curled my fingernails into my wrists for eight weeks and went in for the heartbeat appointment and got a heartbeat and then fought through the anxiety that would follow me for the next seven months as I wondered if the fetus would die again inside of me and leak out in streams of mucus and blood — then I would feel like I wasn’t alone and broken, the person people have to tread around.

I imagined them slowly glancing over at me with both concern and smugness as I rocked someone’s infant and stared off into space.

“Poor Trish. She just keeps losing all her pregnancies. Oh well! I’ve been at a loss since Noah suddenly became a picky eater!”

That night I sucked down a bottle of wine while cuddling and rocking every infant in the house. By the time my husband and I got home, I was drunk and wailing incoherently, my entire body governed by intense grief and self-loathing.

While sorrow over a lost pregnancy is normal, soon after the party I started actively avoiding friends with children. I stopped taking phone calls. I wandered off into the streets during social gatherings. I ripped up birth announcements and pictures of infants posed in baskets, football helmets, and flowerpots and shoved them into the garbage with rage and glee.

How had I become this husk of a human, a woman who only sees loss in others’ joy?

At first, I thought taking a break from visual reminders of pregnancy was healthy, but my rage and depression continued. I sat at home staring at my face in the mirror while I peed on ovulation sticks and pregnancy tests.

“You disgusting fuck-up,” I would say. “You’ve failed at everything, and now you’re failing at your most primitive biological function. You fucking piece of shit.”

I knew something was really wrong when I broke down while watching a movie. One of the characters goes in for the appointment in which the doctor listens for the fetal heartbeat. But something initially seems off — no heartbeat.

After an appropriately dramatic pause, the characters’ faces relax into relief. The fetus’ heart thumps away.

“Fuck this! Seriously, just fuck everything.” I started sobbing and pulverizing the couch with a pillow.

“You know they don’t do that kind of thing in comedies,” my husband said as he stroked my hair.

I sat back for a moment and blinked. I had just hoped, pretty hard, that a fictional character would have a problem with her pregnancy. It was a low moment.

I was afraid of not getting pregnant — and of getting pregnant. Because if I peed on a pregnancy test tomorrow and got a second line and then curled my fingernails into my wrists for eight weeks and went in for the heartbeat appointment and got a heartbeat and then fought through the anxiety that would follow me for the next seven months as I wondered if the fetus would die again inside of me and leak out in streams of mucus and blood — then I would feel like I wasn’t alone and broken, the person people have to tread around. I would be the person who finally made a baby. And I would be okay.

Miscarriage steals your ability to prepare for the future, to trust your body, your mind, and your support system.

It can be difficult to slog through a simple day when your own reproductive future feels so uncertain. You see pity when instead there is only concern and love. You feel guilty for harping on sadness, convinced you are irritating the people around you — but loss is all you can think about. Reminders of pregnancy, visuals of pregnancy, infants in strollers, and tiny shoes in store windows are punches to the gut, churning up anxieties about emotional health and resilience, fertility, and perceived personal inadequacy.

In the rough months before Audrey’s adoption went through, we attended a baby shower for our mutual friend Tara. There’s a vision of Audrey in my mind, reeling a bit in the midst of swaying balloons and billowing streamers we were given to measure our friends’ baby bump for a game. She looks a bit lost, crying quietly in the corner so as to not draw attention from the party. It hasn’t been a picnic to measure Tara’s bump, but I’m feeling capable enough to walk over and put my hand on Audrey’s shoulder.

Through the acute feelings of shame, failure, and betrayal that accompany miscarriage, it can feel difficult to imagine that you will experience joy — both joy for yourself and joy for your friends, who in becoming parents haven’t done anything wrong. I hope one day I can have enough self-compassion to both grieve my losses and celebrate my friends’ growing families.

I want to tell them how incredible it all is.

If you like this article, please share it! Your clicks keep us alive!
Tags
miscarriage
loss
pregnancy loss
infertility
pregnancy
friendships