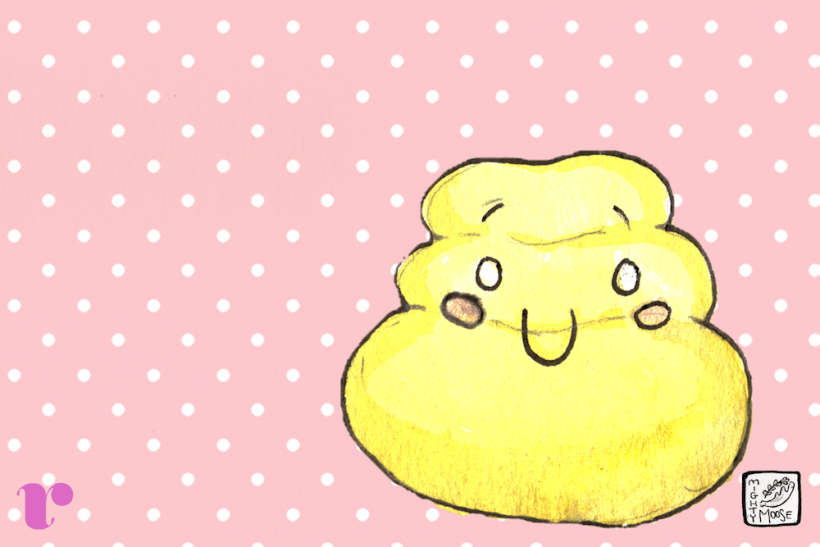 A bipolar, body-positive bread enthusiast with a fucked-up pretty much healed ankle and a history of disordered eating, continues to try to figure shit out.

Fat. We’ve tried to burn it off, jiggle it off, wiggle it off, suck it out, laser it smooth, dissolve it with acid. We have tried most things you can think to free ourselves from this integral part of our anatomy.

But fat isn’t just a noun; it’s an adjective. And it’s even more than both of those — it’s a state of being. You are fat like you are gay or Black or poor. And while it used to symbolize health and wealth, it now conjures images of boxes of bonbons and well-worn La-Z-Boy recliners.

We’ve criminalized fat for so long that we’ve all but forgotten that fat is not just helpful, but necessary. Sure, increased body fat is correlated with insulin resistance, and of course, insulin resistance is itself correlated with things like type 2 diabetes, but fat plays an important role in our overall health, in a lot of really important ways.

There are a lot of things we forget (or simply don’t know) about fat.

That’s right. Just like your liver and lungs are organs, so too is fat.

We used to just see our fat cells as tiny storage lockers, greedily hanging onto all of the cookies we eat and don’t use.

But it’s a lot more than simple storage.

It actually secretes hormones, not unlike the endocrine system. Those hormones tell our bodies what to do and NOT to do (think, “I’m hungry/full”). Women with very low body fat will often lose their menstrual cycle — our fat’s way of saying “we aren’t ready to support another human life right now.”

a. Subcutaneous (under the skin)

b. Visceral (found in the abdomen and surrounding vital organs)

Our subcutaneous fat is our insulator. The visceral (also called abdominal) fat is the one we are usually concerned about. As this fat is metabolized by the liver, it turns into cholesterol. Because of the proximal location of the portal vein (which is the blood supply of the liver), these fats have the potential to sneak into the liver and cause some problems.

Chubby all over? Not so bad. Chubby just in the middle? Something to keep an eye on.

Adiponectin is a protein that removes glucose, fat molecules, and toxic lipids from the bloodstream.

It’s adiponectin that contributes to what scientists call “The Obesity Paradox.”

Which is a fancy science-y way to say, “Maybe Being Fat Isn’t Always Bad?”

No, being fat isn’t always bad.

What is universally bad is stress, lack of healthcare, poverty — all of the things that contribute to our fatness. Not the fatness itself.

4. Dietary fat is actually GOOD for you.

Just like the damage the “war” on drugs caused our minority youth by imprisoning their fathers (really great video about that here), the US Government screws it all up again.

The “war” against saturated fat is probably the biggest nutritional disaster we’ve ever seen.

As soon as our government told us to eat low-fat and higher carbs to promote wellness, we actually became more sick.

As it turns out, eggs are actually good for you.

That whole "this is your brain on drugs" thing gave me nightmares for no reason.

All of these point to feeling better overall.

Yep. If you didn’t already know, being thin doesn’t guarantee you longevity. In fact, being moderately overweight will probably extend your life expectancy.

This is especially true for those of us in *ahem* middle age.

Finally, a study that supports my life motto: Just Eat The Damn Cake.

Most of the 60% of fat comes from the omega-3 fat called docosahexaenoic acid (DHA). You need DHA to keep your cells in communication. Easy access to these good fats fat boosts cognition, happiness, learning, and memory. And without it? Studies link a deficiency of omega-3 fatty acids to depression, anxiety, bipolar disorder, and schizophrenia.

So, that explains a lot.

If you like this article, please share it! Your clicks keep us alive!
Tags
BBA
Beyond Before & After
weight
weight loss
diet
#DitchTheDiet2017
fat
facts