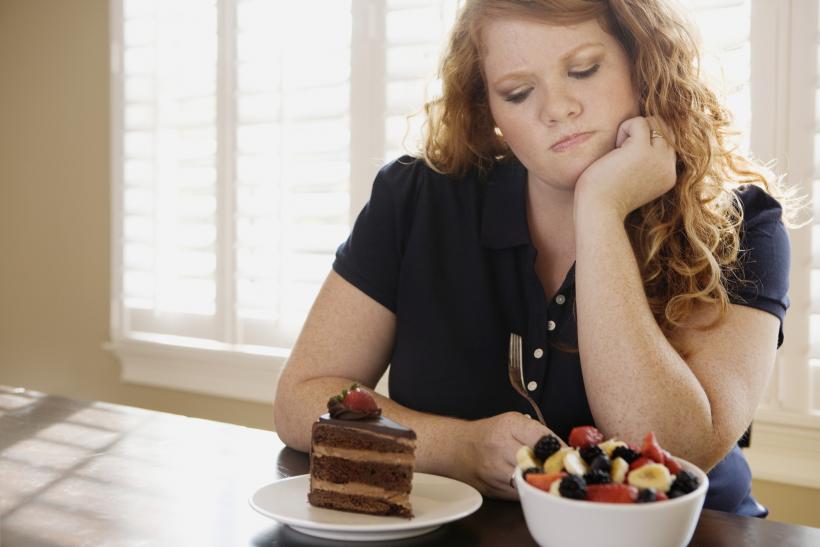 Fat shaming doesn’t have any positive outcomes, but it has plenty of negative ones. A study found that fat shaming leads to eating disorders for some girls.

A new study from the Department of Psychology at the University of California Los Angeles, tells us what we would already know if we believed fat people who talk about their lived experience. Fat shaming doesn’t have any positive outcomes, but it has plenty of negative ones. In this case, the study found that fat shaming girls, especially by family, does not lead to healthy behaviors but instead can lead to eating disorders.

The authors looked at data from a large, long-term study that included 2,036 girls. The girls reported at age 14 if they had been called “too fat” by their parents, siblings, best friends, boys they liked, any other teenagers, or their teachers. At ages 14 and 19, the girls completed an assessment of unhealthy weight control behaviors, body dissatisfaction, tendency toward bulimia, and drive for thinness, as well as reporting if they had engaged in unhealthy behaviors to around their weight. Controlling for variables including body mass index, race, parental income and education, and a girl’s level of disordered eating behaviors at age 14, the girls who had reported being called “too fat” at 14 had higher scores on the eating disorder inventory at age 19. The lead author, psychologist Jeffrey Hunger, told Reuters, “Labeling young girls as ‘too fat’ will never spur positive health behaviors; it is simply going to result in poor body image, unhealthy weight control practices, and disordered eating.”

The “War on Obesity” tells fat people of all ages, in so many ways, that it wants us thin or dead — and it doesn’t much care which. The real problem here isn’t that these girls are called “too fat” — it’s the idea that there is anything wrong with being fat in the first place.

This is not the first study of its kind. Research from the University of Minnesota indicates: “None of the behaviors being used by adolescents (in 1999) for weight-control purposes predicted weight loss (in 2006)…Of greater concern were the negative outcomes associated with dieting and the use of unhealthful weight-control behaviors.” Then there’s Peter Muennig’s research, which found that the stress of constant stigma is correlated to many of the same health conditions with which being fat is correlated.

So there’s plenty of evidence that fat shaming can be harmful. But what about evidence of the efficacy of fat shaming to make people healthier or thinner (which are two different things)? Considering that that bioethicists tout this method and that the US government has sunk billions of dollars in a “War on Obesity” based on trying to shame people thin, you might assume that there’s a truckload of evidence to back up this approach.

You’d be wrong. In fact, there is not a single study that suggests that fat shaming leads to greater health or thinness long term.

It’s not surprising that being called “too fat” would lead girls to risk their health. We live in a society where fat people are routinely told to risk death to be thin, and yes, that includes kids — not to mention that we live in a world where girls are bombarded with “fitspiration” that looks a lot like “encouragement to engage in disordered health behaviors.”

The “War on Obesity” tells fat people of all ages, in so many ways, that it wants us thin or dead — and it doesn’t much care which. The real problem here isn’t that these girls are called “too fat” — it’s the idea that there is anything wrong with being fat in the first place.

So what’s the option? It’s surprisingly simple. We can have an entire conversation about health, including public health, personal health decisions, physical and mental health care, without talking about weight (except in cases like unexplained weight changes, or prescriptions that are dosed by weight). The Health at Every Size model gives us a clear and simple path:

Health is not an obligation, barometer of worthiness, completely within our control, or guaranteed under any circumstances.

The most effective public health messages discourage body stigma, encourage people to see their bodies as worthy of care, and offer additive solutions.

The best kind of health care is blame free, shame-free, future-oriented, and evidence-based. The focus should be on health, not body size. Fat patients should get evidence-based treatment, not diets. Fat lives should not be seen as more risk-able than thin ones.

The role of constant stigma and oppression in mental health must be acknowledged. Recognize that fatphobia is the problem – not fat bodies.

Understanding that there is much about our health that is completely out of control, our best chance to increase our odds of good health are through behaviors that we can control, rather than attempting to manipulate our body size.

Recognize that things outside of our behaviors have tremendous impact on our health, and so our approach to health must include things such as ending oppression and stigma (including things like racism, misogyny, homophobia, transphobia, etc.) and assuring that everyone has access to the options for food, movement, and healthcare that they would choose.

The only thing fat shaming actually does successfully is make the fat shamer feel superior. I don’t know about you, but I don’t give a shit about that. Our girls deserve better — we all deserve better — than a world where appearance-based shaming is touted as some kind of health intervention. We need to end fat shaming for good.