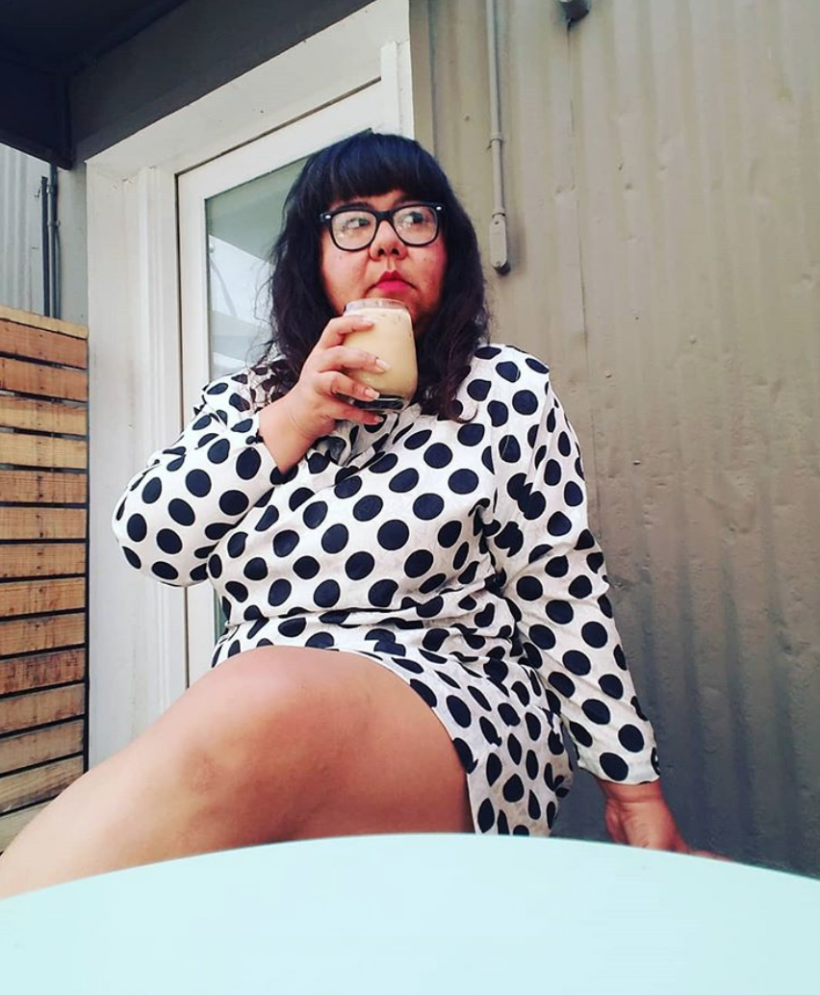 For a long time, I didn’t have to deal with (much) outright fatphobia when I did talks about the harmful effects of diet culture, fat negativity, and weight suppression. I always thought it was because I’m not interested in arguing about fat liberation from a health perspective.

I don’t believe this issue is about health. Our culture uses the language of health to obscure the bigotry at the core of size based discrimination. I believe it’s about human rights — the right of every human to live with dignity and access no matter what size they are or how excellent or poor their health is. I’m not exactly sure why, but recently there’s been an uptick in fatphobic derailments, and I thought it would be helpful to share them as well my responses to them:

This is the one that feels the farthest afield to me personally. I’m not promoting heart disease. In fact, I’m promoting the exact opposite of heart disease. Scholars who study minority stress have shown that the ongoing experience of discrimination is a significant factor in chronic heart issues, such as heart disease . It’s important to realize that discrimination is not just the times when someone is overtly and undeniably cruel to you because of your marginalized status; it’s all the time between incidents when you’re anticipating cruelty. I can personally attest to the ongoing anxiety — aka “hypervigilance” — of being a fat woman in public .

I’m always aware that something really hurtful could be said to me at any time, and that I have no control over when it will happen. This experience takes a toll on fat people, leading to decreased heart health. When I advocate for fat liberation and the end of fat discrimination, I am advocating for an end to the culturally sanctioned aggression that harms people of all sizes, but especially fat people.

2. “What’s wrong with wanting to be strong?”

I can’t adequately convey in writing what my face looks like when someone says something so far afield and entirely unrelated to anything I’ve just said. This non-sequitur only makes sense when filtered through the lens of someone with deeply entrenched fat negative bias.

Fat people, in general, are physically stronger than their smaller counterparts. It’s one of the many benefits of being fat. Because we carry more weight, we have more muscle. By the way, we also tend to heal more quickly following cancer treatment. There’s been a recent shift in language around weight language, especially when discussing women and girls. “Strong” has become a stand-in for weight-loss and the same old thin expectations we all know and hate.

3. “Are you saying people shouldn’t exercise or eat vegetables?”

No, I’m saying that (1) you can’t tell whether someone exercises or eats vegetables by looking at them and (2) people shouldn’t have to exercise or eat vegetables to be treated with humanity or dignity, so (3) don’t be a bigot.

There is this myth that you can tell what a person eats or how they move by looking at them. That is not true. There is also a myth that body size is entirely determined by how one eats and moves. That’s also not true. The line between eating and weight is not a straight one. There is an incredible impetus to see our bodies as machines that act the same way. In general, that’s not true. Bodies metabolize food differently depending on things like mood.

Attempting to speak frankly about the harmful effects of fatphobia and diet culture is difficult at times because it goes against “common knowledge” we’ve all grown up with in this culture. There is a small but vociferous minority who feel that fat discrimination is either not actually discrimination or that it serves an ultimately positive social purpose. In short, they (erroneously) feel they benefit from it in some way and are invested in defending it. Sometimes those people are fat and sometimes they’re not. Though small in number, they often leave a lasting effect.

However, to anyone who’s reading this and feeling super bummed, I want to tell you that my overwhelming experience discussing these topics has been positive. Most people recognize that fat negative attitudes are a problem and intuitively understand that bigotry is a negative practice that needs to be eradicated. It’s not your job to change people’s minds, but if you find yourself wanting to combat myth-based derailments with actual #truth, I hope this article helps.

If you like this article, please share it! Your clicks keep us alive!
Tags
take the cake
Virgie Tovar
fatphobic
fatphobia