Are Formerly Fat People More Fatphobic Than Other People? 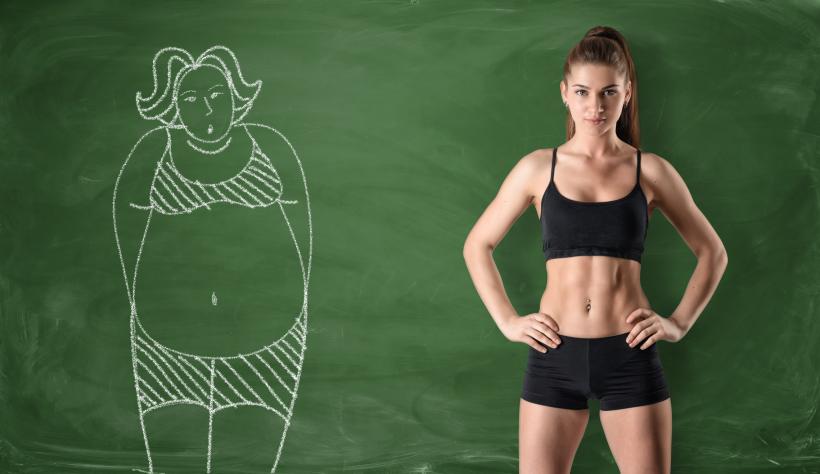 When the formerly fat spoke of their hardships, I didn’t take them seriously.

When my boyfriend and I go someplace where smokers are, he gets very agitated. He waves the smoke out of his face with an overexaggerated gesture, starts uncontrollably fake coughing, and fixates on the smokers with his stink-eye.

Why does he feel that he has to send a message? He’s an ex-smoker, and when he lost his desire to smoke, he lost all patience for smokers.

Ex-anythings seem to have less of a tolerance for whatever their addiction was, and I think this is true also for people who lost a lot of weight and go from fat to thin.

For years, I believed no one hated fat people as much as formerly fat people. I thought that they were most fatphobic and that they did whatever they could to distance themselves from people who reminded them of their past selves. I had no evidence that proved ex-fats were any worse than never-fats.

However, as a fat woman, not knowing who my allies or my enemies were made me guarded and defensive. I looked for slights and slams when often there were none.

I was wary of people who went from fat to thin and assumed that along with the weight they lost, sensitivity for others went as well. I decided that when they looked at me, they felt disgust and revulsion.

Did they silently chastise me in their heads and think, “What’s her excuse? I lost the weight — why can’t she? Is she so lazy and undisciplined that she can’t put down the eclair and go to the gym?"

I thought I saw their fear of my body and the terror that one false move, one donut, one extra pat of butter, and they’d be fat once again. I was their cautionary tale, the image of their former selves that had caused them pain and humiliation.

I wondered if they were trying to distance themselves from me so that my fat wouldn’t rub off on them and make them fat again.

When the formerly fat spoke of their hardships, I didn’t take them seriously. I thought that without the problem of weight, their lives must be perfect because that’s what I had been taught by the diet industry. Fat is what causes misery and pain, and once you take it away, your true life can begin, and every day is filled with happiness.

I had no compassion for the formerly fat, though I expected them to have it for me.

When you’re fat, your body is your vulnerability, and even if you try to hide it and appear tough, everyone can see where your weaknesses lie. Even when someone isn’t trying to fat-shame you, you take it as such.

Fear can make anyone a self-centered asshole.

I thought I saw their fear of my body and the terror that one false move, one donut, one extra pat of butter, and they’d be fat once again. I was their cautionary tale, the image of their former selves that had caused them pain and humiliation.

I was sitting in the front row of a storytelling show that I was in, a smile plastered on my face. Well, to be honest, it was more of a grimace. I was aiming for supportive or at least pleasantly indifferent, but my face betrayed how uncomfortable I felt. The storyteller was an attractive and weight-appropriate woman who was telling the story of when she was a fat kid. She wanted to make the audience understand how she felt, so she demonstrated the hypercritical inner voice she heard when she was fat.

But I didn’t feel engaged. I felt attacked and fat-shamed. I’m all too familiar with the fat-shaming voice. That voice is something that I try to silence every day.

“No one will love you if you’re fat,” she said, taking on the character of her harsh inner critic. Time hadn’t given her sympathy for the fat kid she once was, and it was obvious she was still struggling with who she had been. “Fat women are ugly.” I heard the self-loathing dripping in her voice, and I could feel the disgust coming off of her in waves and pooling around my feet.

People were looking at me, the currently-fat female, to see how I was reacting. Since I couldn’t astral-project my body out of there, I tried to go somewhere else in my mind, but her brutal words continued to bring me back.

Although her story was supposed to be under ten minutes, it seemed to go on forever with each fat-shaming moment tearing at both our self-esteem. Finally, she revealed that — unlike me — she wasn’t fat because she ate too much and wasn’t active enough. She was fat due to a glandular problem. Once she got prescribed the right medication, the weight came off. Being fat wasn’t "her fault."

Since her story hadn’t shown any compassion for the fat kid she had been, I assumed that it meant she had no empathy for fat people. But I didn't know her. It was her journey, not mine. Although there were similarities, it wasn’t okay for me to emotionally hijack her story.

I asked a couple of friends who were formerly fat how they felt when they saw fat people. I was expecting them to say something like, “Oh, it’s hard for me” or “I feel embarrassed for them.” I was surprised when both answered that when they saw fat people, they felt empathy and that there would always be a fat person inside them who affected every part of their life.

Losing weight hadn’t magically given them a life without problems. They still needed compassion.

The formerly fat and the currently fat will always share an intimacy other people will never know. If you’ve never experienced the red-hot humiliation of being fat-shamed or made to feel less than because your body doesn’t fit societal standards, then you’ll never know what it’s like to live in a fat body. But the formerly fat and the currently fat know, and whether they like it or not, this bonds them together.

I realized that it was wrong to make assumptions about other people and to focus on things that separate us, not on things that bring us together. We all share the human experience, and when we have empathy for other people, it helps us to have compassion for ourselves.

Formerly fat, currently fat, or never fat — all are worthy bodies and deserving of kindness, respect, and love.

If you like this article, please share it! Your clicks keep us alive!
Tags
formerly fat
fat people
weight loss
fatphobia
fatphobic
bodies