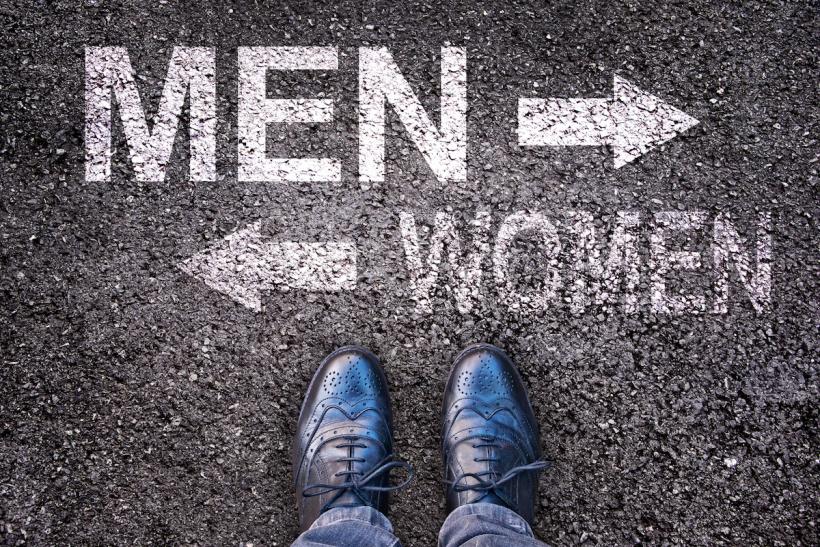 Gender is a completely made up concept that exists to sell us more stuff more easily.

So we have two different words: sex and gender.

Sex connects to biology, gender connects to your identity. As folks are becoming increasingly aware, these things are not always the same. Whether someone is transgender, feels like no gender identity applies to them at all, or is simply questioning, one thing is for sure: we know that gender is not tied to our genitalia or any other part of our physical bodies. It’s why we’re becoming more sensitive to the ideas that women don’t always have a uterus and men sometimes have periods.

We also know that masculinity and femininity are much tougher things to define than we were taught growing up. We used to suffer through women being told their place is at home rather than being in the office and that men aren’t allowed to cry or show emotions. There are now entire hashtags and internet movements dedicated to dismantling fragile masculinity by pointing out how ridiculous it is, from pointing out that all human beings have real actual emotions to highlighting the ridiculousness of products that are marketed towards men.

Men can wear makeup, women don’t have to shave their legs, men can identify as femme and women can be butch or tomboys.

Gender is a completely made up concept that exists to sell us more stuff more easily. You’re familiar with the pink aisles at toy stores, lined with toys meant to market directly to little girls. Barbies, princess toys, little makeup vanity sets. The toys intended for boys are segregated off to one side, usually in primary colors like blue or red, full of trucks and robots and action figures, which Barbies and other girls dolls definitely aren’t. Because dolls and Barbies are for girls.

We know this because commercials tell us so. You never see boys playing with Barbies on television and you never see girls play with monster trucks.

Marketing executives like to bet on sure things. They don’t want to spend money to put out a product unless they know it stands a good chance of being successful. This means identifying the market you’re selling to and knowing what they like. This is much easier to do when your market is segmented into “boys” and “girls.”

It doesn’t stop at children either.

It’s also why you see such a push back from corporate America when it comes to gender inclusivity. No one wants to reinvent the wheel. We don’t want to talk about the fact that it’s perfectly alright for your daughter to want toy dinosaurs and for your son to want to wear a princess dress because we believe that goes against the grain of what gender means. Because we’ve been well trained.

Gender is nothing more than a combination of personal identification and a marketing ploy.

And boy, do marketing executives hate it when you mess with their system. It’s why you never see multiracial couples in television ads, even though this has been widely socially acceptable for decades. It’s why when cleaning products are being sold it’s still women we see using them even though we know men are capable of vacuuming carpets. Marketing companies know how to sell them to women, not men.

It’s unfortunate that marketing has such a huge impact on our culture. We feed each other in a vicious loop. Advertisements tell us what we should and shouldn’t be using, then these companies continue to sell to us based on our compliance with these canned images. Hopefully the more people become aware of the fact that gender is an invention, the more we’ll all start to use the products we prefer, rather than the ones we think match the shades assigned to our identities.

If you like this article, please share it! Your clicks keep us alive!
Tags
Sex
gender
Transgender
marketing
LGBT
corporate
queer
gender identity