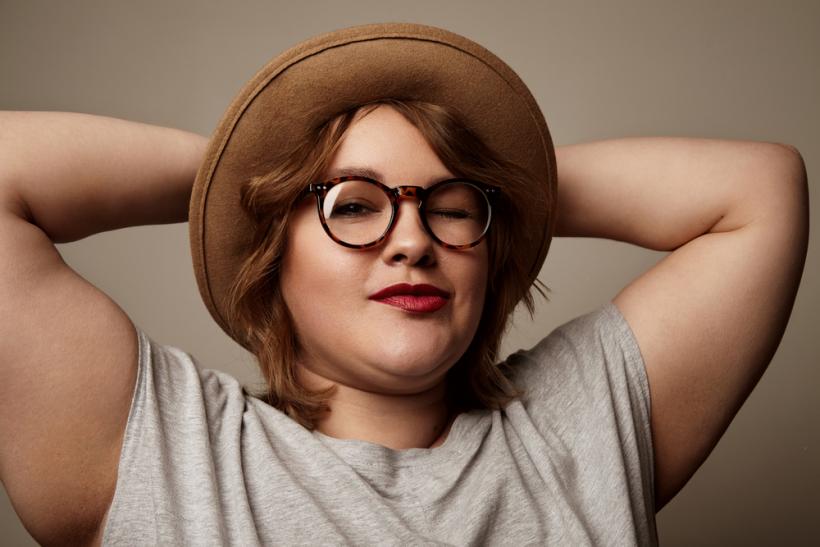 “But you have such a pretty face! And it’s what’s on the inside that should matter!” my coworker would exclaim with exaggerated incredulity as I pouted over my coffee about having impressively bad dating luck.

Now, I’m certain she meant well with those two seemingly conflicting statements. She thought I had fantastic qualities that would make me a fantastic partner, or at least a solid date. The problem is when you’re the fat chick in the office, you hear this stuff all the time. And about 90% of the time it’s a backhanded compliment meant to imply that I’m totally dateable despite the fact that I’m fat.

Think about all those times guys have called you “sweetheart” with that insufferable little smile, or heavily hinted at the fact you didn’t look pretty enough for a certain job. It’s the exact same feeling.

It’s not just people at work and my formerly sad dating life that like to remind me of my size, though. TV does it all the time.

When you’re used to being able to walk into any store and find something you can try on without worrying about busting some expensive seams it may not occur to you that not all your friends fit in — literally. So before you invite me out clothes shopping, be mindful of where you’re bringing me. Remember that the vast majority of brick and mortar shopping areas aren’t going to carry a size above a size 14, so unless you want to see me do the sad shuffle in the accessories section for an hour while you try on dresses, take me somewhere that at least has a plus-size section.

I’m very aware of the fact that I’m fat — trust me.

I’ve had this body for longer than you’ve been familiar with it; I’m intimately aware of every crack, crevice, and curve. I really don’t need someone eyeing my hamburger while telling me that their meal is only four hundred calories.

When I flip the tables I imagine the people who make comments like this are, best case scenario, trying to help me eat healthier. But even when we look at the brightest possible side, there are a number of issues — chief among them being that I didn’t actually ask for your help. You don’t know anything about what I’m eating or why — for all you know I’m recovering from an eating disorder and you just screwed up my ability to eat for the next week.

But the other part of it is, I think, about being upset that other people aren’t following ‘the rules.' As female-bodied folks, we’re given especially strict rules as to how we’re supposed to behave in society, especially in the context of an environment like an office. We can eat, but we’re supposed to be apologetic about it. “I’ll have this last piece of cake; I’m going jogging later today anyway.” We’re supposed to pay for not appearing to be perfect.

So when we see people breaking the rules (or worse: breaking the rules and not even appearing to be sorry about it), we have this visceral gut reaction. Like when we study all night for a test and see some kid in class pull out a cheat sheet: we worked hard to fit in and do well, so for the love of cheesecake everyone else should have to follow the rules too.

Before I became aware of the reason these women felt the need to try and keep me in line, I’d get embarrassed, sometimes even angry at the way they’d treat me in public. Now I’m just overwhelmingly sad for them.

I remember being in a place where I felt so badly about myself that I had to make other people feel just as poorly about themselves so I wouldn’t be suffering alone.

I hope these women figure out they aren’t obligated to hate or constantly change their bodies to suit someone else’s idea of what they should look like.

But it’s like the advice we always get about bad dating partners — you can’t change someone who doesn’t see an issue with their actions yet.

So in the meantime, I’m just trying to focus on loving me and keeping my head above water. Fat floats, you know.

If you like this article, please share it! Your clicks keep us alive!
Tags
fat
Body Positive
fat positive
body shaming