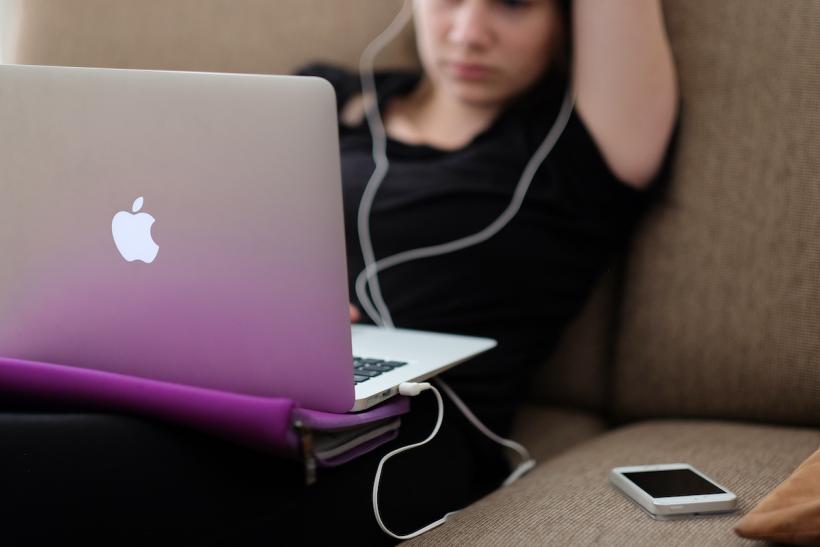 Photo by Steinar Engeland on Unsplash

It's not a law that you have to post a selfie before, during, and after every activity. But for kids, it's pretty much mandatory. The resulting likes, thumbs-ups, and other ratings all get tallied, both in the stark arithmetic of the Internet and in kids' own minds. For some -- especially girls -- what starts as a fun way to document and share experiences can turn into an obsession about approval that can wreak havoc on self-image.

That kids have been comparing themselves to popular images in traditional media -- and coming up short -- is a well-researched phenomenon. But new studies are just beginning to determine the effects of social media -- which is arguably more immediate and intimate -- on the way kids view themselves. A Common Sense survey called Children, Teens, Media, and Body Image found that many teens who are active online fret about how they're perceived, and that girls are particularly vulnerable:

How Kids Get Feedback

You probably know about popular apps such as Instagram and Snapchat. But the specific ways kids use these tools to get -- and give -- feedback can be troubling. Here are a few examples:

Although approval-seeking and self-doubt continue to plague girls both privately and publicly, there are signs of fatigue. The "no-filter" trend is prompting girls to share their true selves and accept (and even challenge) whatever feedback they receive. Under hashtags such as "uglyselfie," and "nomakeup" girls post pics of their unadorned selves, funny faces, unretouched images, and "epic fails" (attempts at perfect selfies that went wrong).

Given that adolescents are naturally eager for peer validation -- precisely when they begin to use social tools that provide it -- it's encouraging to see kids having fun with the notion of perfection. As a matter of fact, one of the Common Sense study's most welcome findings is that social media has the potential to combat unrealistic appearance ideals and stereotypes. And, after all, kids use social media to be, well, social, and constant rejection and pressure is no fun at all.

It makes you realize just how powerful social media tools can be. While they foster relationships and engagement -- and can even bolster self-esteem -- they can be both constructive and destructive. That's why you can't leave it all up to kids to find their way. Whether your kids are just getting into social media or are seasoned posters, it's critical to help guide them to use Snapchat, Instagram, and other networking apps for fun and connection and not as fuel for self-doubt.

What You Can Do

Talk about the pictures they post. Experimenting with identity is natural, and it's very common for kids to adopt provocative stances in cell phone pictures, on their social network pages, and in YouTube videos. But are they doing it only because they think others expect it of them? What pose would they strike if they could do anything they wanted?

Ask how feedback makes them feel. Are they stressed out by others' comments and feedback? Does it make them feel better to be "liked?" Why is external approval important? How do negative comments make them feel?

Help them develop a healthy self-image. Body image is developed early in childhood, and the family environment is very influential on how kids view themselves. Emphasize what the body can do instead of what it looks like. Also, be careful of criticizing your own looks and weight.

Rely on role models. Positive role models have an enormous effect on kids. Cultivate relationships with women your daughter can look up to. Also, point out celebrities and other famous folks who challenge stereotypes about size and beauty and seem comfortable in their own skins.

Help them stop the cycle. Urge them to post constructive comments that support their friends for who they are, not what they look like.

Help them view media critically. Talk about over-sexualized images or unrealistic body ideals of girls in the media. Explore websites such as the Geena Davis Institute on Gender in the Media and the Representation Project that promote the importance of positive body image and valuing women for their contributions to society.

If you like this article, please share it! Your clicks keep us alive!
Tags
social media
technology addiction
body image
parenting
girls