I Don’t Have A Plan If I Die 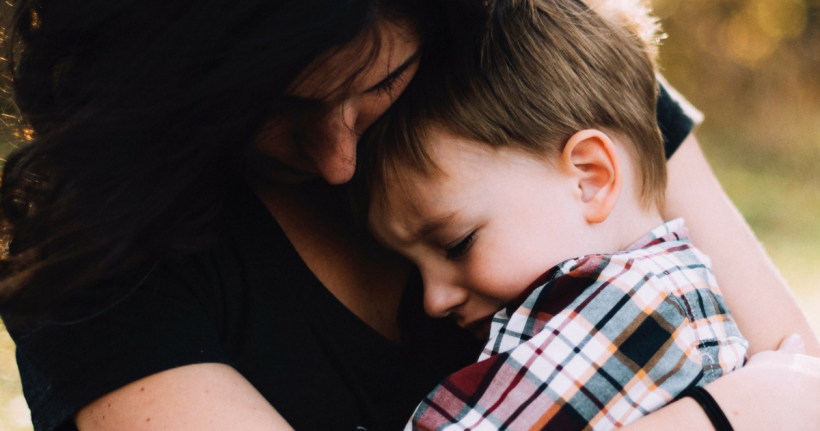 As we drove down the road right by our house, we found our path forward blocked by tons of police cars and flashing blue lights. When I crested the hill, I could see even more of them blocking both directions of this five-lane road.

“We’ll have to go another way,” I told my kids.

“Why are there so many cop cars?” My seven year old asked.

“There must have been a wreck or something,” I told him.

I don’t have a plan if I die. Who could I possibly choose to replace me? No one can replace me. I'm one of a kind.

My years of 911 dispatcher experience told me that this was accident reconstruction. Accident reconstruction happens when there is a fatality, basically like forensics of a crime scene to determine speeds, angles, who was at fault, and so on. Police don’t randomly shut down full stretches of a busy road in both directions at rush hour for non-fatality accidents.

We took an alternate route to our destination, just a block from the accident, and looked on our local news app to see what happened. Sure enough: three injured, one killed in a vehicle collision.

Just like that, someone’s life was taken without notice, without any form of preparation for them or the people they left behind.

Did they have children? Did they make a will? Did they have hopes and dreams that would remain puffs of smoke floating along in the atmosphere with no one to fulfill them?

As a mother, I do my best to avoid thinking about death, while failing spectacularly by frequently thinking about it. I do everything in my power to prevent it. But death isn’t preventable, it’s inevitable. It’s just a matter of when. So, instead, I try to focus on what I can control: being present, appreciating every ounce of beauty on this unpredictable adventure, breathing through those anxieties. You know, YOLO, or whatever other platitude makes death seem less scary, or rather, makes living seem less scary.

“Did someone die in that wreck, mom?” My son asked me after I said that it was, in fact, a wreck.

“If you die, will I go with you?” He worried aloud.

How do we even answer profound questions like this for our little ones without making them fear death too?

I could offer the faulty comfort of, “I’ll always be with you.” My mom said that to me as a constantly-worried-about-losing-my-parents young child. It didn’t offer me comfort. If she died, she would be gone. I wouldn’t see her. I wouldn’t be able to hug her, touch her, smell her hair, hear her laugh, watch her crochet blankets on the couch while I stayed up too late with her watching Jay Leno on a school night.

I don’t have a plan if I die. Who could I possibly choose to replace me? No one can replace me. I’m one of a kind. No one can absorb all of the books that I’ve read on raising my children in a conscious, gentle way in such a short time span. No one can say just the right words to make an emotional or physical blow seem less so as I wrap my arms around my crying babies.

No one knows how to cut their sandwiches just right or knows just where to poke their neck that will send them into a fit of giggles and hugs.

They could try their best, and that’s what I would hope for in the event of my untimely death, but who could I trust with such a monumental task? Many of us avoid thinking of creating wills and planning for something so morbid because it’s terrifying and painful and unknown. We cross our fingers and hope for the best. Or, at least, I do. It’s not the best plan, mostly because it’s not actually a plan at all.

There are a zillion ways a parent could prepare for their own death (Does that make you shrivel up inside as it does me?). Make a will, discuss guardianship, organize important papers, write letters to our children that they could cherish if we did pass. Some things make preparations difficult like lack of access to information or legal counsel, or maybe no one that you could think of who you would trust with the responsibility of raising your children.

One thing I do know is that this process of making some kind of death plan leaves me petrified. But it’s also important.

Not just planning who would take care of your children because what if they still have another capable, competent parent to take care of them? What about emotional support for the child? Who would know to find a qualified play therapist who specializes in children on the autism spectrum? Who would be able to emotionally support a child who exists in a literal, concrete way? He wouldn’t understand floating energy of a mom who is no longer. He would see that she was not right in front of him when he needed her most.

I’m afraid of these questions and finding solutions for them because how would I tell my son that I failed him, failed to be there for him, in the most traumatic event of his life? How could I comfort him when I’m not there?

I hope that we all live long happy, healthy lives, that we can all reach the ripe old age of 100 years old together. But if we don’t, I hope that I can find the courage to write them letters, to create photo books, or even storybooks, illustrating the love that we shared together. Sometimes I feel like if I make preparations for after my death, it would be like I'm signing my death warrant — some kind of taboo or message to the world that I’m ready to die. I’m not. But when we do die, which is inevitable, how treasured would those letters, those stories, those pictures be for our children to hold on to?

I’m not sure if I’ll make a will, or write letters, but one thing is for sure, I’m going to fill them with so much love and laughter that, no matter where life takes any of us, they will always think of me and know that I love them unconditionally, whether present or not.

We drove back home, passing those same flashing lights. If we had left a few minutes earlier, that could easily have been us. As we got out of the car, I embraced both of my babies and kissed their cheeks.

“Why did you kiss me, mama?” My three year old asked.

“Because I just love you so much,” I told her.

She smiled, with her squishy little cheeks, “I wuv you too.”

If you like this article, please share it! Your clicks keep us alive!
Tags
death
dying
end of life planning
mom
motherhood