I'm Tired Of Having To Justify My Interracial Marriage 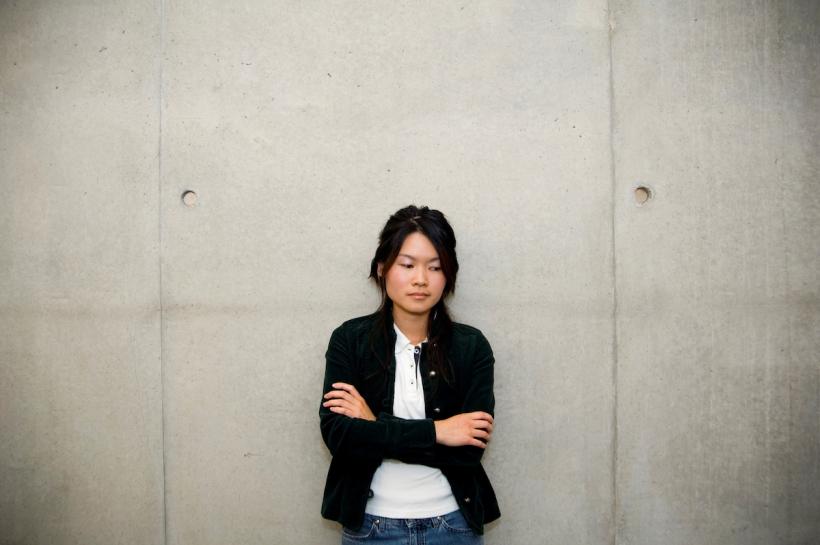 Let’s stop asking if things are acceptable, and instead, simply accept them.

There are a lot of reasons why people of color may choose to date and marry within their communities. Parental approval. Continuity of culture. Commonality of experience and subsequent understanding. Sometimes, circumstance. And, to be honest, being able to have secret conversations openly by speaking another language is an awful lot of fun.

Growing up, my parents made no secret of harboring hopes that my siblings and I would find partners within our own race.

“It’s just easier that way,” they’d say, arguing that, “Only the Chinese can understand the struggles of the Chinese.”

Or, plaintively, sadly, they’d ask, “Do you want to lose your identity? Your people’s history? Our language?”— a priceless legacy given that Fuzhouhua is a distinctly oral tradition, particular to our family’s ancestral home and read differently than spoken.

In firmer moments, the party line was, “It’s important to marry Chinese; it protects you from mockery and judgment.” Or, in sterner tones, “We will accept nothing else.”

But as time progresses, so do we.

We are all products of our environments. I’m not saying that nurture always wins over nature, but during our formative years, it’s the circumstances around us that shape us.

As I entered my teens, the cultural pride my immigrant parents tried to instill in us crumbled under the onslaught of stereotyping, ostracization, and outright ignorance in what was a historically 70 – 80 percent white suburban region of New York (central Long Island). I began rejecting my heritage on both a conscious and subconscious level. I was determined to not be anything people expected a typical academic Asian to be, and to hell with if that was to my own detriment or not. I wanted to assimilate and — like any adolescent — to fit in. I bombed classes intentionally, smoked cigarettes at the school entrance rebelliously… and dated within the “in” space.

That is to say, white.

Not in a fetishy/creepy “I dig all white guys” way — the way it’s somehow deemed acceptable to say “I have a thing for Asian girls.” (It’s not.) But raised in a school district where everyone was proud to be a mix of Italian, Irish, and German (more or less), could I be faulted for having the same crushes as everyone else? As one of the only Asian families in the community — one that the New York Times once named “the most segregated suburb in America” for black people — I had little to no exposure to diversity.

There was a very limited pool to pick from; I liked whom everyone else liked, was conditioned to admire the same traits my peers did. So although my other little rebellions were intentional, the development of my “type” wasn’t a calculated one.

And as I dated, I eventually moved across the country with and married my typically Long Island Italian, extremely American spouse. My parents not only accepted this partnership but grew to welcome it.

You would think that getting past that hurdle would mark the end of the struggle. I mean, if the Asian immigrant parents were fine with it, the story ends there, right?

We want to think we live in a tolerant society, one that “kumbaya”s with hands held in harmony. However, although outright objections are few, downright ignorant or even micro-aggressive commentary are still commonplace.

In fact, many may not even realize they’re perpetrators at all — that’s how deeply ingrained the shock factor is of mixed-race unions.

My husband has been asked by well-meaning salespeople, “Does she speak English?”

I’ve been asked by less well-meaning strangers, “Did he always prefer Asians? Is that what he’s into?”

In another instance, while in search of my husband in a large luxury department store, before I was given a chance to describe him, the manager I was speaking to immediately answered, “No, I haven’t seen any Asian men come through this section.”

Snide comments from fellow minorities, such as, “You married American and yet he’s not even taller than a Chinese man?” or “Does he have a lot of money?” point to intolerance in those who internalize disdain for their own race or see interracial marriage as strategic.

Perhaps the most egregious instance was one that happened to a colleague. A beautiful Peruvian girl with an obvious lilt to her speech — she, too, married a very typically American man. At a luxury resort, a drunken blonde and her equally bombed boyfriend wanted to know the minute she stepped away, “Did you buy her?”

It’s funny that curious strangers think it’s okay to ask if my parents were okay with me marrying “outside my own kind.”

What they don’t seem to realize is that this is a question that’s uncomfortable on so many levels. The assumption that dating outside of my race should be as taboo as people seem to believe indicates a greater problem in our society: that “outside” perspectives are evolving at a far slower pace than “inside” ones.

That as the barriers break down within communities of color, the majority will still continue to see us as self-segregated, unwilling to mix and assimilate.

Ugly as it is that community disappointment in marrying “out” or hope of marrying “in” is still a very real problem, attitudes in these circles are evolving as immigrant generations give way to first and second waves of truly American descendants.

But to be asked to justify an interracial relationship… well, that’s as telling of the questioner as it is the questioned. The only thing more offensive to me than being seen as a “kind” at all — an exotic species of humanoid — is the subconscious assumption made by outsiders that it’s not okay in Chinese-American culture to mix romantically.

"So before you innocently ask the question — if it’s even something that comes to mind — think about why you’re asking."

Because think about it: what does that mean the asker is really trying to say? That if one is a person of color, their families are automatically assumed to be guilty of reverse discrimination?

So before you innocently ask the question — if it’s even something that comes to mind — think about why you’re asking. Would you ask the same thing of a same-race or white couple? Would you assume that a blonde would choose a blonde as their mate, or that someone’s family might be prejudiced against people with brown eyes?

As for those of us from minority communities, perhaps it’s time to flip the script. Perhaps the question should be redirected to the askers, and instead of an answer, the response should be, “Well, why do you think they’re not okay with it?”

And maybe, just maybe, that little bit of self-reflection on both sides might help to usher in faster an age where National Geographic’s beautiful “Changing Face of America” is the norm.

It’s not to say that the prejudices within close-knit minority communities don’t exist. They do.

No matter what color or creed you are, it’s obvious that tolerance is a journey that the entire human race is embarking on right now as we speak. As Muslims quell in fear of the shadow of religious persecution, black folks are gunned down without mercy, and Latinos face schoolroom chants urging a certain wall be built, marginalized groups will naturally gravitate toward one another for comfort that can only be given with mutual commiseration. And who can blame individuals for coming together when only they can understand their shared human experience?

And yet, through all the cultures, the message of love is truly universal. It’s what we all seek as part of the human condition.

And if any of us can agree on any one thing, it’s that love is senseless, wild, unpredictable… and impossible to justify.

As the world burns and we all feel equally horrified by the atrocities seen coming out of Syria, reminders of how short and finite life can be, we’re even more motivated to make connections and hold onto them. The outer shell of who we are has begun to matter less and less.

Let’s make blended coupling the new normal. Love beyond color the standard. Let’s stop asking if things are acceptable, and instead, simply accept them.