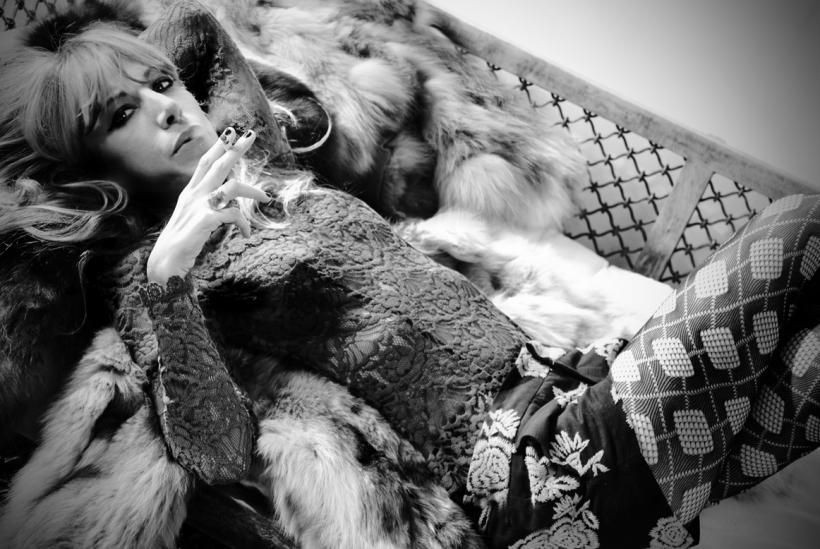 I won’t lie. I have a girl crush on comedian and writer Amy Dresner. Not just because she’s hot (although she totally is), hilarious, and brilliant, but also because her badassness knows no bounds.

I discovered Amy when I read her articles on The Fix about being a chemical connoisseur (drug addict) as well as her struggles with mental illness, dating, and just living in Los Angeles (trust me, that’s a life challenge within itself). But, Amy’s talent spans beyond being a recovery blogger—she’s so much more than that. She’s one of the only women who can try to stab her husband (haven’t we all wanted to do that at some point?), get sentenced to community service (she had to pick up garbage in Hollywood . . . need I say more?) and have her readers rooting for her throughout the entire ordeal.

I spoke to Amy about her writing and newest projects, becoming an advice column editor, as well as how putting the dirty details of her sex and drug addition on the Internet affects her dating life.

How did you first get into writing and comedy?

My dad is a professional screenwriter and a published novelist so writing was always encouraged. I wrote professionally for some magazines in college and then got into others stuff . . . mostly hard drugs and a lengthy bout of clinical depression. But even during all those rough years, I was still writing. I just never did anything with it. I got back into writing professionally a few years ago, freelancing for The Fix and some other magazines. It’s always been the natural outlet for my creative expression—whether that’s genetic or environmental I have no idea.

I got into stand-up about six or seven years ago. I was sharing in 12-step meetings and people were just dying laughing. Some professional comics came up to me after and suggested I try my hand at stand-up so I did. I performed for about 5 years, played at the Improv, Comedy Store, gotten written up in LA Weekly, toured nationally and then stopped during my divorce to concentrate on recovery and my writing. 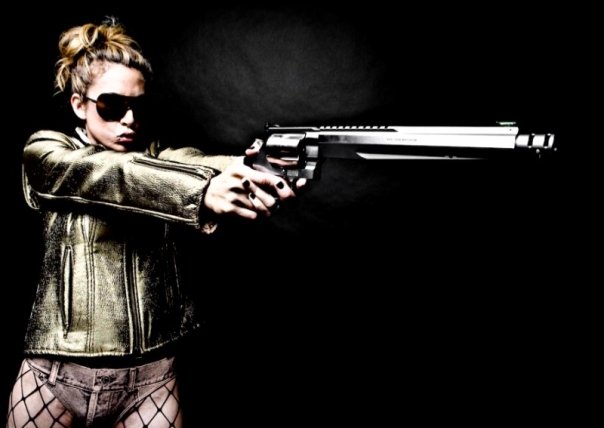 What projects are you currently working on?

I’m a columnist for the recovery/addiction magazine The Fix and I’m the semi-regular junkie expert for some Huffington Post pieces. They interviewed me on a segment about the connection between addiction and creativity. I’ve written for The Frisky, Cosmo Latina, Refinery 29, Unbound Box, Afterparty chat, Salon. I recently wrote a late night talk show pilot for HLN for KISS FM DJ Chuey Martinez.

One aspect of your writing as a whole is your brutal honesty about yourself. While it makes for compelling reading, does it ever backfire?

Sure. I’m laying myself open to attack. I’m giving complete strangers and all my enemies (read: exes) ammo. I’m certain people see me as broken, crazy, slutty, etc. but there is a weird comfort in baring all and being shameless. I never read the comments on any of my pieces. I don’t want to pander to what people want from me and I don’t want to filter or edit myself out of fear. What people think of me is none of my business. My job as a writer is tell my truth. The people who reach out to me personally on Facebook or Twitter are always people who appreciate my candor and identify with my writing. There is nothing better than somebody saying “Oh my God, thank you for writing that. I thought I was the only one who felt like that/did that.” And helping one person know they’re not alone is worth any judgment from some righteous hater.

Anything you've written about you later regretted?

My piece about my struggle with sex addiction was really hard to put out there. People told me it was very brave but in retrospect, it was incredibly graphic. Sex addiction is still very stigmatized and misunderstood, especially in regards to women. I was offered a spot on Dateline as the “face of female sex addiction” and I turned it down because I didn’t want to alienate 98% of potential second husbands. Plus I knew or hoped that it was just a stage for me and I didn’t want to nationally brand myself on television forever. 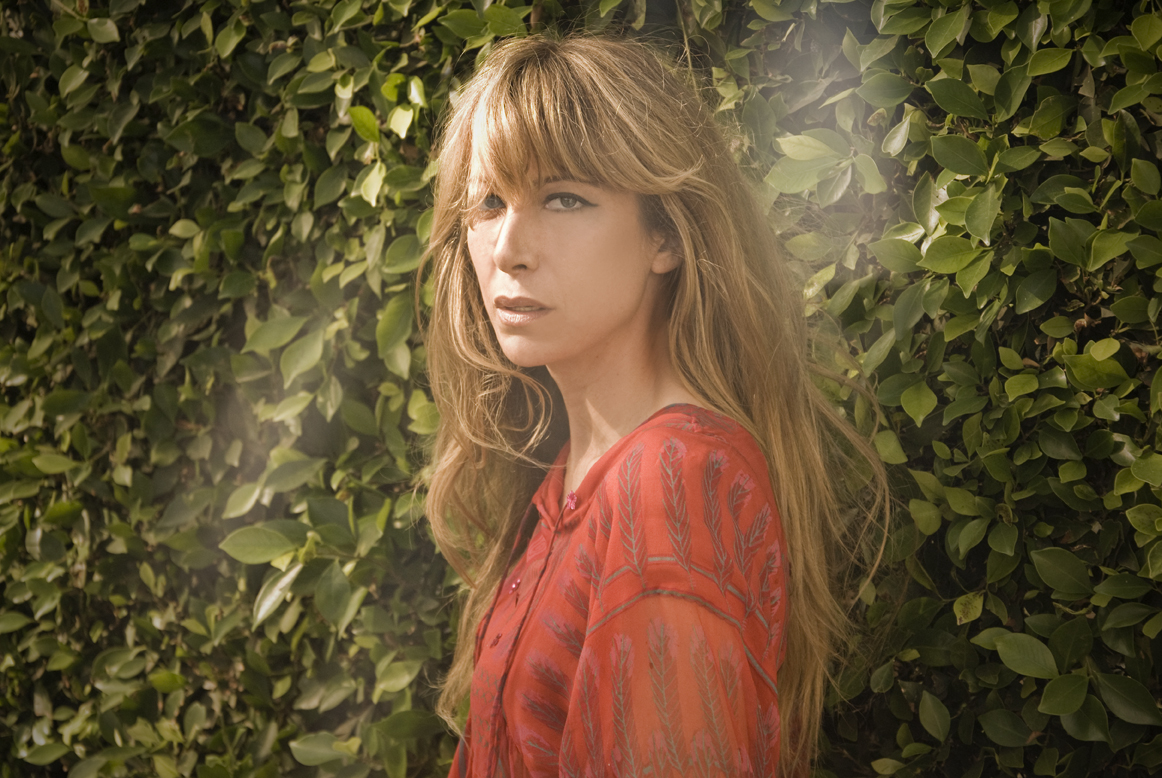 What is one thing you haven't written about, but really want to?

So far I’ve tackled everything I’ve wanted to: mental illness, drug addiction, an arrest, suicide attempts, divorce, female ejaculation, polyamory. I’m sure there will be more stuff to write about. Just stay tuned. I tend to get into trouble and be pretty vocal about it.

I absolutely loved your series about your court-ordered community service after trying to stab your ex-husband on The Fix. What made you decide to write about this and risk alienating loyal readers—as well as having anyone with Internet access know you tried to stab your husband—forever? Was it therapeutic to write the series and what was your feedback from readers?

I was so ashamed of being arrested (and for assault to boot) that I had to write about it. Plus the scenarios I found myself in during my 30 days of community labor were pretty hilarious. I had to write about it and see the humor in it or I just wasn’t going to get through it. I needed to reframe it for myself and transform it into something positive, make it into the best thing that ever happened to me.

In terms of alienating readers, everything I write about could alienate readers. I knew it didn’t make me look “good” but I wanted to show people that nobody is immune to anything. Under the right or wrong circumstances you too can end up in the psych ward, jail, rehab, etc. And I wanted to illuminate the situation from the inside and try to show people my humanity and hope that maybe they could empathize, or at the very least have a laugh and be grateful they weren’t me. I’m all about destigmatizing things and writing about the things that nobody dares write about. When you read something that is really honestly written, you can have that experience, glean some of the wisdom without the risk and hopefully identify in some way. And yeah, of course, everybody loves a good car wreck. As they say in journalism, “if it bleeds, it leads!”

As I said above, I don’t ever read the comments on any my articles but my Facebook friends thought it was unbelievably funny. My posts during that period were my most popular ones yet. Everybody was bummed when I completed my community service. 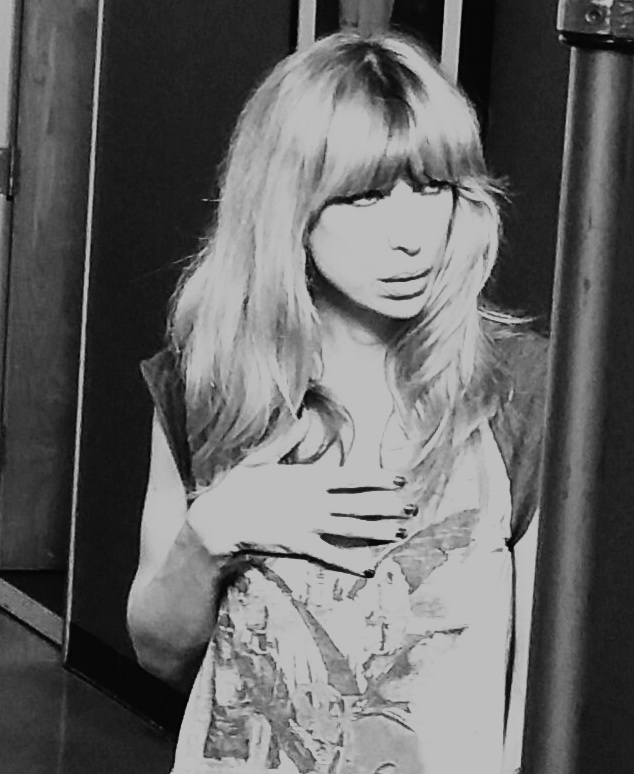 You're single. Do men ever read your essays and then decide not to date you or to they become more attracted to the whole bad girl thing?

A lot of men read my stuff and don’t want to end up as fodder for an article. They’re like, “Don’t write about me.” And I always say, “Okay, just don’t be an asshole and I won’t.” One guy Googled me before a first date, read all my stuff, watched my interviews and old stand-up, claiming I was a “public person.” He definitely had some “concern” about some of the things he read but he still took me out. Maybe he wanted to see the animal up close, put his hand in the cage? Most of the guys who really want to date me are definitely excited by my “adventurous” past. Everybody wants to tame the wild horse, right?

And after two minutes with me in person or on the phone, it’s obvious I’m very sensitive and much more layered and complex than any of my gnarly stories.

It’s great if you just want to get laid or need some validation that you’re hot. It’s a circus of freaks, sex addicts and sociopaths. It’s eBay for cock. Nothing of substance has come out of it for me. I got off for good after an incredibly uncomfortable date with a creepy Parisian guy who said he thought my pussy must taste like “spicy honey.” After that scenario, I gave myself a Tindervention.

You recently became the editor of Amy Alkon’s Advice Goddess. What surprises you the most about what people ask? Do men ever write in and ask ridiculous questions? How has your own personal experience come into play doing this?

Yes I recently started editing Amy Alkon’s column “Advice Goddess.” It’s sex/dating/relationship advice but all based in scientific research so it’s meaty and quite fascinating. It’s incredibly educational. Everybody writes in and asks ridiculous questions—not just men. Amy tells people to do the opposite of what I do in my romantic life! No but seriously, I’m learning so much but it’s very hard to apply what she says to my own life. And if that area were going smoothly, what would I have to joke about on Twitter?

What are you looking to do next?

I wrote a screenplay, a comic murder mystery set in a celebrity rehab. So I'm looking for an agent to rep that. And I’m currently writing a novel with my dad about “a difficult father and an impossible daughter.” Everybody keeps asking me for a book so . . . give the people what they want, right?