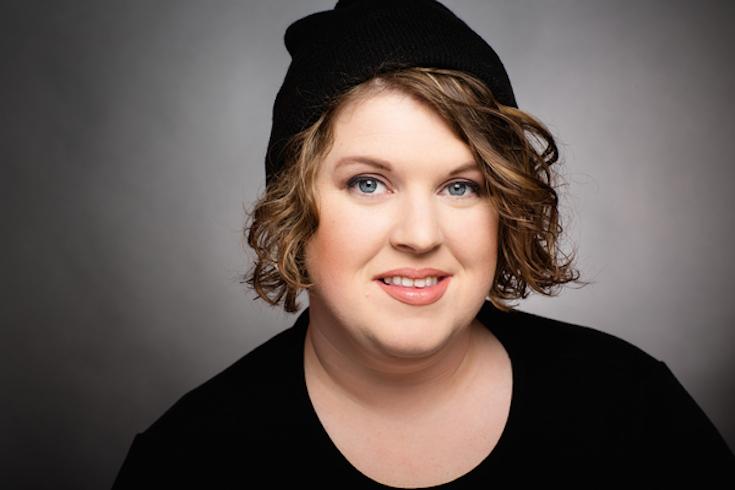 Jenny Trout didn’t always want to be a writer.

“When you’re growing up in a small town, and your grandmother is the most famous person in town because she’s an author, all anyone ever asks you is, ‘I bet you’re going to be a writer, just like Grandma, aren’t you?’” Trout says. “So I definitely did not want to be a writer. I wanted to be an actress on Broadway. I had this whole be-exactly-like-Bernadette-Peters thing going on, I was insufferable.”

Things started to shift for Jenny in high school after she discovered the Internet and started to write “horrible fan fiction.” Then, when she had her son at 21, she made the decision to stay home to care for him, and started writing again. She wrote her first book, “Blood Ties Book One: The Turning” at 23, and it was published the month before her 25th birthday. (It eventually made the USA Today bestsellers list.)

“The publication date was actually 6-6-06,” Jenny says. “Which I think should have been a sign to me that maybe that was all a false start.”

I chatted with Jenny about her writing process, what she learns from her characters, and how 50 Shades of Grey inspired her writing — for the better.

When I asked you if you wanted to be featured, your first response was: "Dude, based on [Ravishly's] "there's no wrong way to be a woman" slogan alone, I'm in." Why did that speak to you?

I do write a lot. So far this year, I’ve written over 170,000 words across various fiction projects and my blog. I keep track of it in spreadsheets. I log how many words I’ve written every day, and then tally up how much per week, how much per year. I set goals. This year: write 500,000 words. I also give myself deadlines, which I track in another spreadsheet and planner. It would be very easy, self-publishing as much as I do, to blow off writing for a week. But I owe it to my readers to be more diligent than that.

As for inspiration, that’s always a difficult answer. I get ideas, from many things, all the time. Just a single thought, like, “I bet it would be hot if Christina Hendricks and Nicki Minaj had sex,” and then it’s like, “Okay, hot lesbian cops! And they’re on a stakeout! And . . . ” then I’ve got yet another idea to put on the pile of ideas that I’ll never live long enough to write. It’s kind of disheartening. I think every writer’s biggest fear is that they’re going to die with stories trapped in their heads, but it’s an inevitability.

Whenever I can get it. I try to write at least 1,000 words a day, but I’m disabled, you know: I have epilepsy, fibromyalgia, and various mental health issues, so sometimes, the work just doesn’t happen. But, for the most part, I’m sitting here, writing around dogs, kids, and various real life obligations.

As for how I write, I make a loose outline, and I start writing, but I have to be flexible because I’m always going to find out things about my characters and their lives that I didn’t plan.

I love your "Jealous Hater Book Club", where you read books with "a reputation for having problematic content, poor writing, or ethical weirdness" so we don't have to. Where did you get the idea for something so practical and awesome?

Thanks, I’m glad you enjoy them! I actually got the idea from E.L. James and 50 Shades of Grey. I had basically given up on the idea of writing anymore when that book became this huge phenomenon. I was writing these 20,000-word novellas for a company where I wasn’t really making very much money. And then people were talking about this 50 Shades of Grey book. I sat on my couch and I read about four chapters of it, and I was furiously angry. Here I was, you know, I’m fairly confident about myself and my talents, and I thought, "I’m a better writer than this." I could tell it was a Twilight rip-off in just those four chapters, it was that obvious. And as I kept reading, and I saw how abusive and terrible the content was, I finally went, “Fuck this. This is plagiarized, this romanticizes abuse, this is just trash, and I’m going to treat it like trash,” and I got on the Internet and started making angry posts about it.

It took me about two, maybe three, years to get through all three books, and as I was doing it, people were saying, “Oh, you should do this book,” or “you should do this book,” and sending me ideas. I’m doing Jamie McGuire’s Apolonia right now (the science fiction novel without any science fiction in it). The next title will be selected by the citizens of Trout Nation.

Speaking of books with a bad reputation . . . In a nutshell, what are your thoughts on Fifty Shades of Grey?

I always tell people that Christian Grey fits the profile for an abusive partner because he isolates Ana from her friends and family, he tells her what to eat, what to wear, when he gets angry she’s afraid of him, he’s possessive, he sexually assaults her, [and] she feels like she can’t get away. I’m thoroughly dismayed that women are defending this book.

How do you want readers to feel after finishing a Jenny Trout/Abigail Barnette book?

Entertained. And I like them to think of the characters as real people. And I want them to walk away from the experience feeling like they were safe reading it. I put a content warning on the latest installment of the Sophie Scaife series, out of concern for people who would have a difficult time reading about rape recovery. I don’t want someone walking away from one of my books feeling the way I did when I finished reading 50 Shades Freed. If I accomplish those things, then I feel good about that.

What's your advice for aspiring novelists and writers?

Write every day. Don’t talk about your stories too much, or you’ll lose interest in them. Writing the first book is the hard part — once you finish it you can do it again and again. And when you finish writing it, start writing another one. Just start writing and never stop.

What are you currently working on now?

Right now I’m working on a fun project called First Time, that’s out of the ordinary from the way I usually write. It’s not an erotic romance, it’s just hot contemporary. It’s a spin-off from my Sophie Scaife series, and it’s another May/December romance, because I love those. But what’s different about it for me is that I was seeing all of these series out there where the author would write a book, the book would become very big and popular, and they would rewrite it from the other hero’s point of view. If you read them both, you’d get both sides. I’m eager to see if this will work out, or just blow up in my face and then I’m stuck writing three more stories that way.