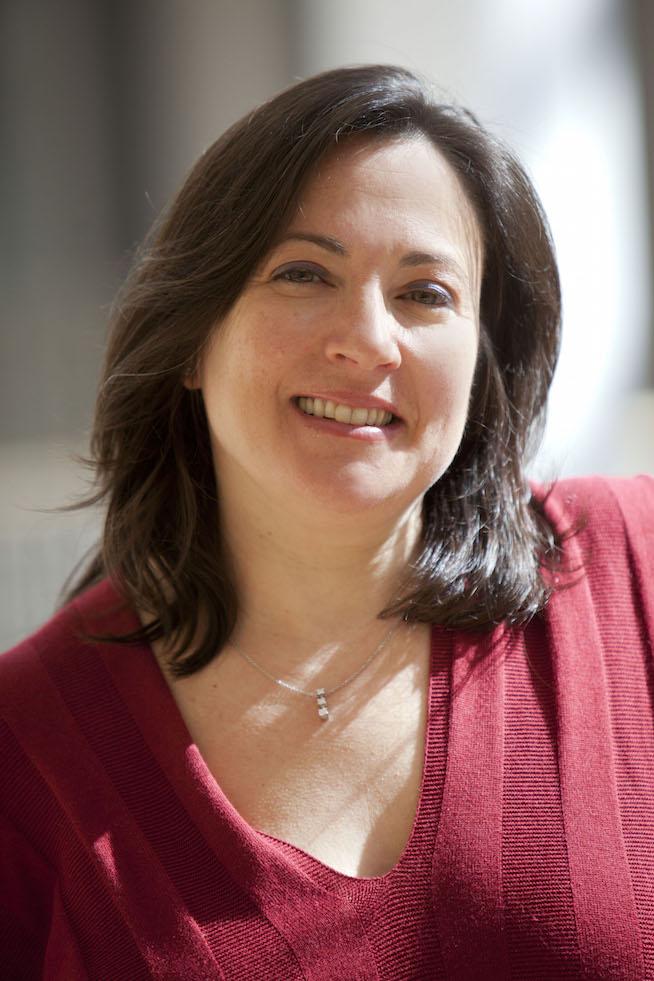 Silverstein is the founder and editor of Women and Hollywood, your one-stop source for all headlines, stats, facts, and figures for issues related to women and film, which was named one of the top 100 websites for women by ForbesWoman in 2013, 2012 and 2011. She’s also recently published the first book from Women and Hollywood, In Her Voice: Women Directors Talk Directing, a compilation of over 40 interviews that have appeared on the site.

I’ve been an avid Twitter follower of hers for years, and as both a screenwriter and a woman, I was super-excited to chat with her about the importance of women in leadership positions, the Athena Film Festival, and what gives her hope about women in Hollywood.

How did your blog Women and Hollywood come to be?

Well, I was doing some work for the Women’s Media Center at the time. And part of my job was putting together a newsfeed that things were happening for women around the world. And I realized, through my research, that there was hardly any information about women and feminism and Hollywood at the time.  And I was like, huh, this is interesting. Never thinking that I would write, then I thought, Hmm, maybe I could. I just sort of started it one day and then it grew from there. The first incarnation was on Blogger, then it moved to WordPress, now it’s been on IndieWire for four or five years.

Why is it important for people to see women portrayed in leadership roles onscreen?

Because most of the role models we see are male and we need to change the way we look at leadership. The perception of leadership is that it’s white, male, and old.  So, firstly, the fact that women make up half of the planet means that we should make up half of the leaders. And secondly, it’s about role models and our history. As you might notice from my Twitter feed, we really try to focus on the fact that the men in history get to be presented as the narrative and women in history are presented as the small things on the side. So what we need to do is take back our history and make sure our stories are as valid as the men’s story. We live in a world where the male narrative is the norm and the female narrative is not, and that needs to shift.

So is that part of the reason you started the Athena Film Festival?

Absolutely. The Athena Film Festival and our partnership with the Athena Centre on the Barnard campus is showcasing the possibilities. It’s inspirational and aspirational. Girls need to be able to dream as big as boys. And boys need to see girls in leadership positions so to know they don’t rule the world and its nothing for them to take for granted. So the whole weekend is all about changing how we see the world and leadership.

Just this year the U.N. reported that only 23% of films feature female protagonists. And there are only 21% of female filmmakers, compared to 79% of male filmmakers. Why do you think women are underrepresented in the film industry? Is it just another example of how underrepresented in other areas, or is there something unique about the entertainment industry in how it treats and depicts women?

I think women are underrepresented in lots of industries. In advertising, only 3% of creative directors are women. In politics, we are so far behind. In tech, we are so far behind. In the gender areas where women have dominated, like in teaching and nursing, we need a shift. We need more men in those jobs. The reason why I focus on film and television is because this is what we export around the world and this is about our culture. It has such a huge implication. Movies and TV shows are how we connect with each other; how we communicate. So when women are not represented, and people of color, too, it means that our stories are not as valid. And it means that we are missing, and that’s the key to this. The fact that we need to be validated — everyone needs to be validated — and women are continually invalidated by the erasure and the fact that we are missing.

It's been proven that women are the majority of moviegoers. You've written about this. So what gives? Why is Hollywood still trotting out male-centric stories that are written and directed by men?

I don’t know. I don’t get why they still do this. All the statistics show that movies about women make money and women buy tickets. But there is long-held narrative that they believe that stories about women are not as successful as stories about men. So you have to break down all these gender stereotypes about women in Hollywood. They have the data in front of their faces, and often times they actually refute it. So this is about our culture and about valuing other people besides the white male experience. As Bruna Papandrea, who works with Reese Witherspoon, said on a recent radio show, if it were just about money, it would have changed, because they know they are making money. But this is a deeply-held thought process, which is that the young male audience is the one that needs to be served by Hollywood studio movies. And part of it is that Hollywood studio movies are so focused on these blockbusters and blockbusters are so male-centric because things blow up.

What needs to change when it comes to battling sexism in film? Salma Hayek recently said that "There's only one thing that inspires the people and the power in the industry, and that's money. They have to understand how powerful we are economically." Do you agree with her?

I agree with both points. And the points are they need to understand the big dollars. And the big dollars come in in these studio movies. So they’ll see Jurassic World make $200 million, but on the same weekend Inside Out, which is about a female character, made $90 million. So they see that, but they don’t see it as potential trend. They see it as one-off trend. We need people in Hollywood to see a pattern of success. They are very risk averse. They would rather make the same movie over and over again, and make the same money over again. And they see women as risky. So we need for them to see women as a foundation of success in Hollywood.

What are your thoughts on the hesitation or flat-out refusal of some actresses/entertainers to identify themselves as feminists? Is that hurting the fight for equality in Hollywood?

Well, I don’t know when feminism became a litmus test for actresses. I feel they have a lot of pressure on them. Of course I want actresses to be feminists, but there is a lot of pressure on them already. They have a very short shelf life. They have to make as much money as soon as possible before the sexism and ageism kicks in. So it’s hard for me to judge actresses in Hollywood because of what they are dealing with. But there are people who say things that are detrimental, and that’s what I have a problem with. I don’t think actresses should have to self-identify as a feminist, but don’t say things that are going to set us back.

What was the last cinematic moment that you thought sent us back?

Well, I am a very lucky person because I have created this job, this world, and things that I do where I have to spend my time that I need to see. And I’ve always felt very strongly that I am not going to give my money to things that I know will offend me. Off the top of my head, it’s hard for me to come up with something that’s really offended me, besides everyday life. So maybe we can talk about things that I’ve loved.

Sure! Let’s do that.

Like most people, I couldn’t stop watching the new season of Orange is the New Black. It took me a week to finish that. I loved Testament of Youth, it’s a movie, and it goes back to what I said earlier about how women’s history isn’t treated as important as men’s history. It’s based on a very beloved book about World War I in Britain and it’s BBC and it pushes all the buttons that all the people here go nuts for, and it is told from a female perspective. And I think people aren’t taking it as seriously just because of that. So I think it’s my duty to ask people why they aren’t taking this movie as seriously as The Imitation Game, for example. And even some of my colleagues haven’t gone to see it. They don’t feel it’s a necessity. But when an Imitation Game hits, they think, “Oh, an Oscar movie. I have to see it.” And it's because people don’t view women-centric movies in the same way. They don’t hold the same gravitas. And there’s not enough females writing about these movies and they’re not widely distributed. Part of the problem is access to these movies. We need to be able to see them. Eighty percent of movies are seen via multiplexes and most people don’t live in an area where there’s a nearby art house. If that’s what is available to you, then that’s what you are going to see. We need a place for these smaller women movies so they can be seen. But they need to be taken seriously by those in the business, the ones who give out the awards. Because what we know very clearly is when prestige and money increases, the number of women decreases, and we have a lack of women to start.

What or who gives you hope?

Well, I have a lot of hope. I watched how conversations have evolved on this issue, even as recently as the Cannes Film Festival when the ACLU [American Civil Liberties Union] put in their letter to the EEOC [Equal Employment Opportunity Commission] about this systemic discrimination against women directors. I feel it ebbs and flows. We need to consistently take it seriously, and not think of it as a “moment.”  This is an ongoing conversation and people just can’t come in and come out of it. They need to stay the course in order for these numbers to increase. I don’t think conversation changes anything except make people more aware that we have these issues. There are a lot of people who are gaining awareness about this inside and outside of the business. Even people in Hollywood don’t know how bad these numbers are. So we need to keep building a resonant foundation with the public in and out of the business to understand that it matters that you go see movies that are directed by women. Your dollars are your vote. It matters that you go see movies that are about women, written by women. Because once those are successful, there are more opportunities for success. The more women who are successful, the more women can be successful in the future.

If you like this article, please share it! Your clicks keep us alive!
Tags
feminism
Hollywood
women in film 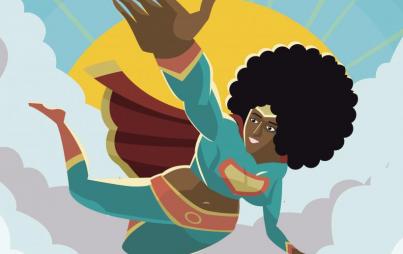 Are We Ready For A Black Female Superhero?