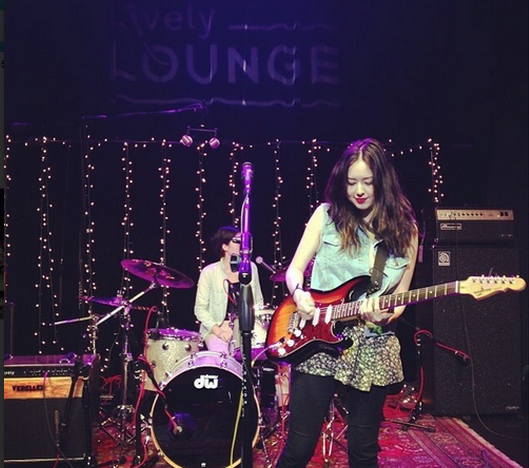 Named after the lilting love-sick rock anthem of Led Zeppelin, Tangerine is headed up by Marika Justad, who toggles between vocals, guitar and keyboard alongside her sister Miro Justad (drums), Toby Kuhn (guitar) and Ryan Baker (bass). Everybody gets in on the vocals.

Seattle-based Tangerine only cut their teeth on band-dom a short eight months ago. But since then, they've taken the indie-darling scene by storm, beginning with a self-released EP, Pale Summer (a breathy collection of irresistible hooks and thumping bass), which they quickly followed up with Radical Blossom. Since cutting their first track, they've been a bit of a blur, streaking through SXSW, The Treefort Music Festival and a steady stream of concerts, house shows and radio performances.

Marika's voice is impossibly sweet, but flanked by a touch of grit and retro-harmonies, thanks to impeccable vocal blending with her sister Miro, Toby's raucous riffs and Ryan's not-so-subtle bass skills. The songs bounce between genres and decades—influences range from R&B and '60s pop to their creator's of their namesake, Led Zeppelin.

We caught up with the songbird to talk about how the hell Tangerine has achieved so much so fast (Pact with the devil? Good Karma? Undeniable talent?) and what's next on their ever-burgeoning horizon.

Tell me a little bit about your background! Where'd you grow up and when did you realize you wanted to play music? Was there that pivotal "aha, hell-yeah" moment?

Growing up in Seattle, my sisters and I were always involved in the arts. I grew up playing piano, and I studied classical ballet for almost nine years. I also had an embarrassing habit of singing pop songs at the annual school talent show (one year I sang an N*Sync song, the next, Cher's "Do You Believe in Love"). My "aha moment" didn't happen until I discovered "Is This It?" by the Strokes. Whatever I'm listening to colors the way I see the world around me at the time, and when I put that record on, I felt my whole world undergo a serious change. That first Strokes album opened me up to a whole new world of alternative music and that's when I began to take songwriting seriously as an art form.

Tangerine is a pretty new band—you played your first show in January 2013—yet you've already gained a ton of traction and attention. How did you, your sister Miro and the other members (which also includes your other sister, Jade, who directed your most recent music video, right?) all come together?

My sister Miro, our guitarist Toby, and I, have been in a couple different bands together since we were in our early teens. We took a break for several years toward the end of high school and we all ended up doing our own thing for a while. During college I was a little lost. Life revolved around going out on the weekends and getting wasted with my friends. Not that there's anything so wrong with that, but I felt empty, like something was missing.

Our old instruments were still down in the basement of Miro's and my house where we used to practice, and one day Miro, Toby and I picked them up and started jamming again. We were a little rusty, but it felt amazing to be creative again. I think we all realized right then and there that music is the thing that makes us happiest. I met Ryan at university and he joined as our bass player soon after. Our older sister Jade directed our first two videos, so it's all been something of a family affair so far.

My brother plays the guitar and has a super cool voice; I've always dreamed that the two of us could be in a brother-sister band. I've also read that siblings have a unique voice-blend thing going on. Do you think that's an element of Tangerine's amazing harmonies?

Your brother sounds like a babe! I think there is something to be said for siblings harmonizing together—because your voices are similar, but just different enough, you can achieve this mesmerizing quality—a "blood harmony." But I gotta say that Toby and Ryan are equally responsible for the dreaminess of our harmonies—we have a new song where all four of us sing the chorus in a four-part harmony together and it's my favorite thing we do live.

Sorry, but I can't resist. On the ol' Facebook you list your influences as "west coast. fake palm trees. movies. the velvet underground. the 60s. R&B. the 90s. rock n roll. blue jeans. weed. pop." There are so many different kinds of music—what draws you to the '60s-esque kind of sound?

Vocally, I'm drawn to the soulfulness of Motown records from the 1960s. I started out singing R&B in my room as a kid (Mariah Carey, Brandy, Stevie Wonder), and then eventually I branched out into indie and rock as I got older. I think that might contribute to people seeing our music as having a "'60s" vibe. Instrumentally, we don't really channel the '60s intentionally, but people have told us after shows that there's a timelessness to our sound, or that we sound a bit old school and we've embraced it. If anything, we get the most nostalgic for fun, shitty '90s music—the stuff you would hear in the soundtrack to a teen movie.

Where/how do you glean inspiration? Are you a, "I always carry around a notebook" kind of gal or do you actively seek out quiet spaces to think and write?

The voice memo app on iPhone is a life saver. I'm always singing into my phone. It gets awkward when I'm in public, but you can't let a good melody get away from you. I don't have a ton of downtime in general. Now that Tangerine is getting busier, I've realized how important space and quiet are to being creative and it's something I'm intentionally seeking out.

What would you be doing if you weren't in a rock band?

We always ask: Do you consider yourself a feminist? How does your being a woman impact your music?

I am absolutely a feminist. Women and men are inherently equal, but the world doesn't often treat us that way yet. Who wouldn't want to change things for the better? I'm still learning how my feminism interacts with my music—I admire artists like Lorde and Haim. When I was younger, I thought I either needed to downplay my femininity to be taken seriously, or play it up to be seen as attractive. I feel like they let themselves have fun with their public image, whether with clothes or makeup or whatever, but ultimately they rise above a lot of the bullshit and let the music speak for itself.

I learned that my great aunt started one of the first battered women's shelters in North America. Her name was Judy Justad—my dad just informed me of this the other week. That makes me feel pretty proud.

What's next on the horizon for Tangerine?

We're busier than we've ever been, and we'll be making some announcements soon. Unfortunately I can't share all of that yet, but I can say we have new music on the horizon. In the meantime, we're playing Capitol Hill Block Party and Bumbershoot music festivals this summer!

If we were to ship you off to Mars to help colonize, what five albums would you bring along?

1. Stevie Wonder—Talking Book (My parents gave this to me when I was little, so I find it very comforting.)

2. The Velvet Underground—Loaded (It was hard to choose one of their albums, but this one would help me stay mellow while living a lonely existence in space.)

3. The Strokes—Is This It? (can't live without this album.)

4. Something by Enya—I honestly can't choose which album. Don't make me! Some people find her cheesy, but I don't care, I fucking love Enya. She would be essential to space travel.

5. The soundtrack to Empire Records (The ultimate '90s time capsule.)

That was hard . . . I'm sure someone will tell me I forgot an obvious one and I'll feel really stupid later. But for now, those are my stranded-on-Mars album picks. 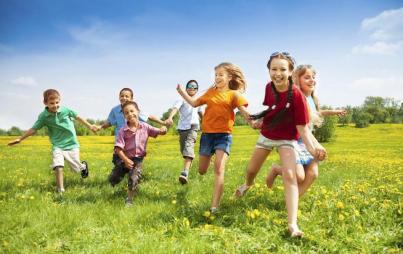 School Bans Tag At Recess And Childhood Is Officially Dead 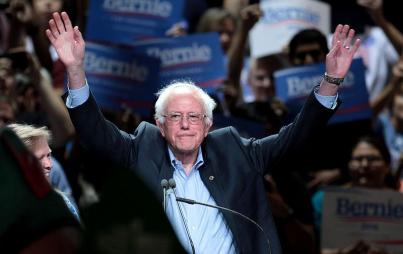 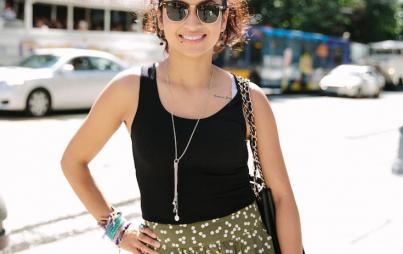 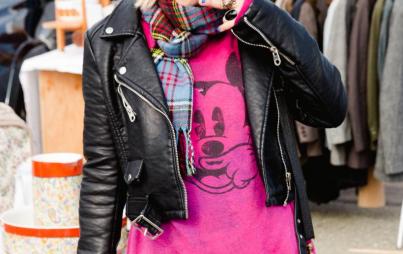 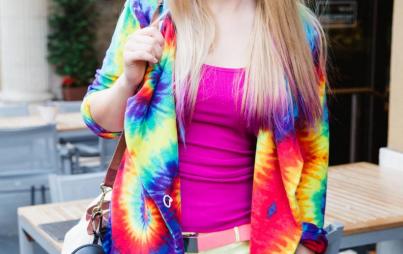