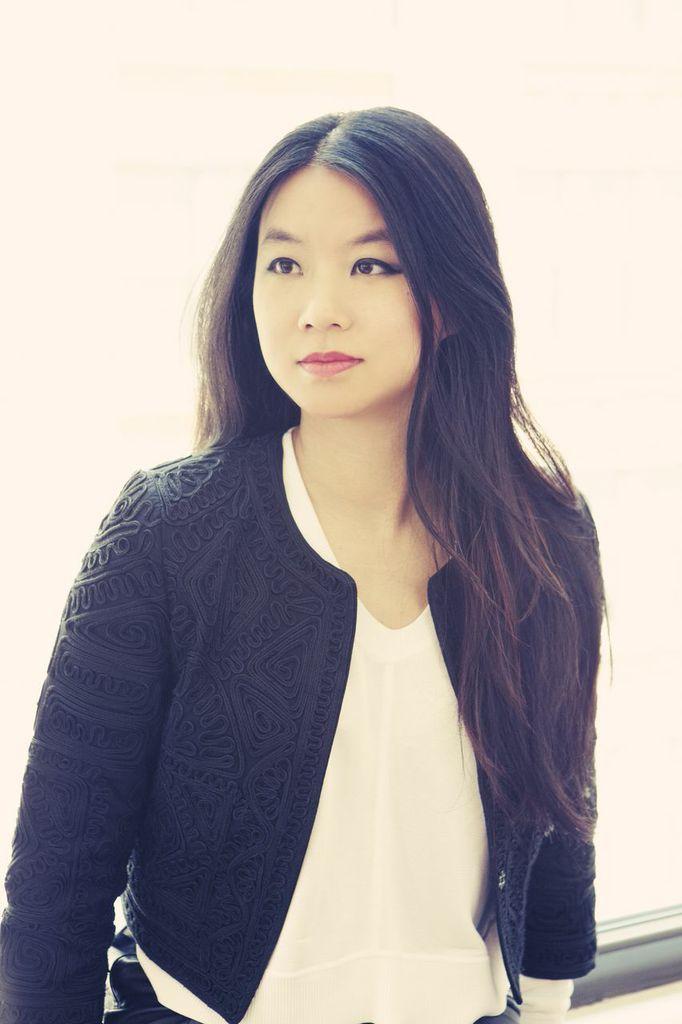 What began with 500 bras, a maxed out credit card and a bastardized Cosmo quiz has evolved into an unlikely story of entrepreneurship and female empowerment. Two years ago, Michelle Lam found herself fed up. Women meticulously curate every facet of their physical selves from shoes to shampoo—analyzing color, comfort and come-hither qualities with the diligence of a dogged biologist . . . yet bras remained relegated to the take-it-or-leave-it sphere.

For most women, the usual experience of buying a bra is filled with fitting rooms that are cramped and ugly, casting shadows in all the wrong places—and bras that are too big, too small, too padded, with wires that dig in, cups that gap, straps that slip and a shape that made our boobs look pointy or sideways.

In short, we all just snatch something that hides our nipples and wait for the blessed moment when we can take it off at night. (Not to mention the rather humiliating process of having some strange—albeit well-meaning—woman wrap our ribs with measuring tape in semi public at Victoria's Secret.)

Lam decided to revolutionize the entire process from shopping to fit to product design. True&Co provides women with an in-depth, online quiz derived from Big Data that demystifies your breast shape and enables customers to discover exactly the kind of undergarment that jives with their particular body and lifestyle. Then they ship off bras for you to try on in the comfort of your own home, banishing badly-lit malls forever.

We sat down with Lam to hear about the evolution of True&Co, her brand new line of bras—Uniform—and of course, to talk about the underestimated bad-assery of breasts.

What was your "a ha" moment—what was the real catalyst for starting True&Co.?

It was really born out of my own pain. [laughs.] I was stuck in fitting rooms for two hours trying on bra after bra and feeling like none of them made me look like how I wanted to be … actually they made me look terrible! I'm not the only who's had this experience, but I am someone who decided to do something about it. You're thinking, "is it me or is it the bra?!" Turns out it was the bra.

I often have had that moment in the dressing room. I think to myself, 'I have a nice figure. I'm not a ten, but ya know!' Yet bra shopping always proves to be an embarrassing, unpleasant experience.

Totally. Women's experiences convinced me that the bra industry hadn't changed for decades—we needed a new solution based on technology and data. The whole idea behind True&Co is to give women a voice in the products that are being created for us.

We decided to create a quiz that empowered women with the knowledge that really worked for their bodies and we then take that information and design a new product. We've realized that a bra is such an emotional garment—it says you are a woman and yet so many people have had these terrible experiences. We've reduced it to something that's merely functional instead of being enjoyed. We're trying to bring the sexy back!

Can you talk a little bit about you developed the algorithm and the fit test quiz? You put a newfound emphasis on data, on shifting the way people conceive how their bodies are shaped and how to assess that information. What was that process like?

It meant revisiting everything about the bra industry conniption—that you need a measuring tape, that you need to go to the store to find the right fit. In a typical bra-shopping experience, you have someone telling you what is great for you, instead of giving you the knowledge.

The algorithm really dates back to the Cosmo quizzes I used to fill out from high school. We're one of the first companies to introduce the concept of shape—band and cup size don't even tell half the story. The idea of shape catalogs the entire territory of the breast in a way that makes sense to a lot of women out there. 500,000 women have completed the fit test and we've identified 6,000 different body types—so no wonder its hard to fit a woman into the right bra!

You just launched a new collection that True&Co designed, Uniform. What was that process like?

It's a 15-piece collection that's meant to compliment each shade of the spectrum, the 6,000 different bodies we've identified. We knew that the bras currently available could use a lot of work, in addition to the shopping experience. For decades bras have been designed by the gender that's not necessarily wearing them! In our case, we used seven million data points to enable us to make decisions in product design and development. We talked a lot about lingerie design for women by women. The whole point was that you would never have to go to a store again!

Our new line catalogs not only the band and cup sizes, but the curve of your breasts—are you shallow, full, where do you "bust out"—as well as the position of your boobs on your chest. TrueSpectrum articulates to our customers exactly what shade on the spectrum they are.

Education is a big part of your model.
Exactly.The results of the algorithm empower the customer so she is better armed—not only with us—but elsewhere. We do a lot of homework as well—we only accept 1 in 7 bras—it's not just us huddled around a design table, we're taking these half a million women into account.

What are the biggest challenges you've come up against?

Honestly, bras and the human body! The 6,000 different body types we identified is way more complex than anything we anticipated. Jeans have six components, bras have 20 and each one of them has to be designed to fit and look good.

We can't talk about True&Co without talking about breasts themselves. They're sexualized, desexualized, they're part of motherhood—they're complex!

"Breasts" is a funny word. The word causes embarrassment, but half of the world's population has them! We are for women by women so to us, it's not about sexualization, it's about confidence and facing your everyday challenges with your "uniform" on underneath. We're trying to recreate that moment again and again when a woman looks into the mirror and her eyes light up because realizes she's beautiful without her clothes on. That's what we're trying to deliver to women everywhere! And often it doesn't happen under that fluorescent lighting—we're trying to turn your bedroom into a boudoir.

Bras are a cross section of the female psyche!

[laughs.] Exactly! and that's been the most interesting part. Some women will say, this doesn't "give enough support," but really what they're looking for is a rounded silhouette for example. It's a cultural thing. There's a lot of emotion and stuff wrapped up in this bra-fitting process.