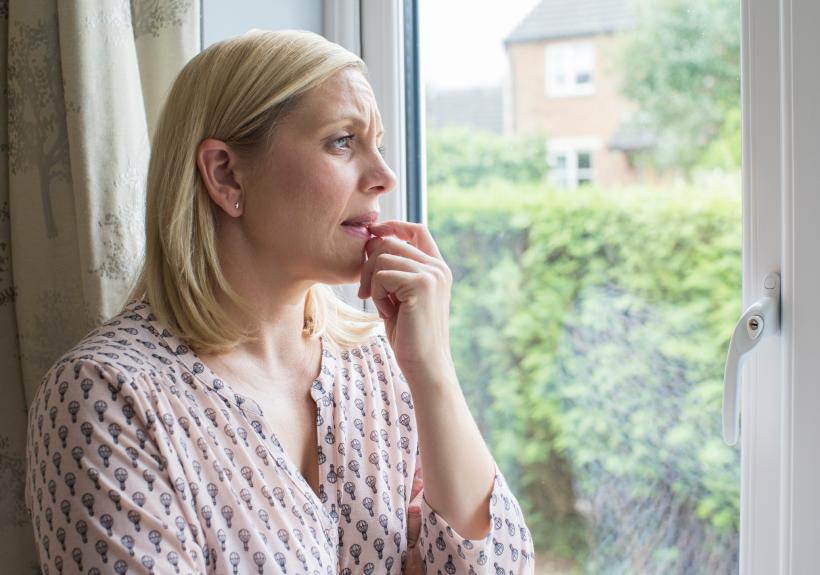 For the first time in my life, I was lost after leaving Evangelical Christianity. I watched the shores of everything safe and familiar wash away.

It was a hot and humid late August evening. I rolled my suitcase up to my front door, unlocked it, and stepped into the cold-but-still-humid air of the one bedroom apartment I shared with my new husband. I called out to him. He answered from the second-floor balcony, a plume of hookah smoke settling around him in the still, stagnant air outside. I poured a glass of ice water, slipped off my shoes, and joined him.

I was returning from a three week long trip to Central America, where I hosted medical teams and squelched drama for 21 days straight for the non-profit medical mission organization I operated. I was already anticipating getting back to my office in the morning, slogging through the impossible amount of work that I had to catch up on, knowing that tumult most certainly had followed me home. Internal politics was a sea that I was terrible at navigating, and the dread of sorting through it all weighed heavy on my mind.

I absently asked my husband how he was, how our time apart had been for him.

“I don’t think I believe in God anymore,” he responded quietly.

A long beat, an unbearable pause hung in the fetid air between us.

“What do you mean?” I asked, knowing what he meant. But my brain could not catch up with his words. I felt the world we grew up in, the near-militant conservative evangelical one from which we formed our entire reality upon, stop.

“I've had doubts for a long time. And the more I look at it, research it, think about it, I don’t know that I believe in God. And I really don’t believe in hell.”

After that, our conversation turned to shouting, which was not unusual for us, to be fair. I told him that our entire marriage, my career, our shared moral code, our history, meant nothing. He shouted that he had every right to change his mind.

Sweat and tears stung my eyes. My shirt clung to my back. The oppressive South Texas summer air settled heavily in my lungs, and I tried not to hyperventilate. I went inside, stripped, and stepped into a cold shower.

For the first time in my life, I was lost. I watched the shores of everything safe and familiar wash away.

I was nine years old when the first, tender shoot of doubt sprung up in my heart. I questioned how a loving God would condemn people to hell simply for being born without the knowledge of him, through absolutely no fault of their own.

I asked my mother, who was my Sunday School teacher and wife to my father, the pastor, if God would truly send people to a place of eternal suffering apart from his love and everyone who loved them because they were born in a part of the world where Bibles were banned and Christianity was forbidden. With regret and deep sadness, she confirmed that is indeed what would happen — which was why reaching people with the Good News of Jesus Christ was so important. Reaching the unreached was our sacred calling so that none should perish and all would experience everlasting life with God.

I pulled that tender shoot of doubt straight out of my heart and treated it with the contempt of a weed that threatened to choke the life around it. Then I promised Jesus I would reach the world with the story of his life, death, and miraculous resurrection so that nobody’s eternal torment would rest on the cowardice of my silence.

Many years, a few trips around the globe, and endless conversations later, my utter and total disbelief in hell as a place we are banished to was cemented into place. My deconversion took place next to my newborn son’s hospital bed, watching him float between heaven and earth, fighting to find his breath.

At that moment, I knew that hell is not a place we go to — it is a thing we experience, an unbearable pain, a vortex of helplessness and suffering.

I was in hell.

My baby was in hell.

I would do anything to deliver us, but there was nothing to do except witness the pain and wait.

My baby son lived. He is now a thriving five-year-old who has suffered and overcome more than most adults I know. 11 years after that world-shattering fight on a sweaty August night, I feel brave and proud. My husband was courageous enough to give voice to the doubts that had plagued me for almost 20 years. He gave me the beautiful gift of a safe space to explore, reject, contemplate, and decide what I believe without fear of losing everything. And I did lose. I lost friends, I lost my career, I lost my community, and I even lost my family in certain ways.

I was no longer seen as basically good. I was — and am — seen as dangerous, deceived, and hell-bound.

What’s worse is that I’m damning my children to that same lifetime of fiery torment, too.

But I didn’t lose myself.

Fear of hell kept me from drinking, having sex, listening to secular music, voting for Obama, reading biblical critiques, listening to liberal voices, and a million other things I will never be able to fully articulate. Evangelical conservative Christianity was my North star. I still find myself course correcting, gently reassuring the fearful nine-year-old girl inside that there is no such thing as hell.

If you like this article, please share it! Your clicks keep us alive!
Tags
evangelical christianity
christianity
God
religion
faith