How Can We Make Body Love Radical Again? 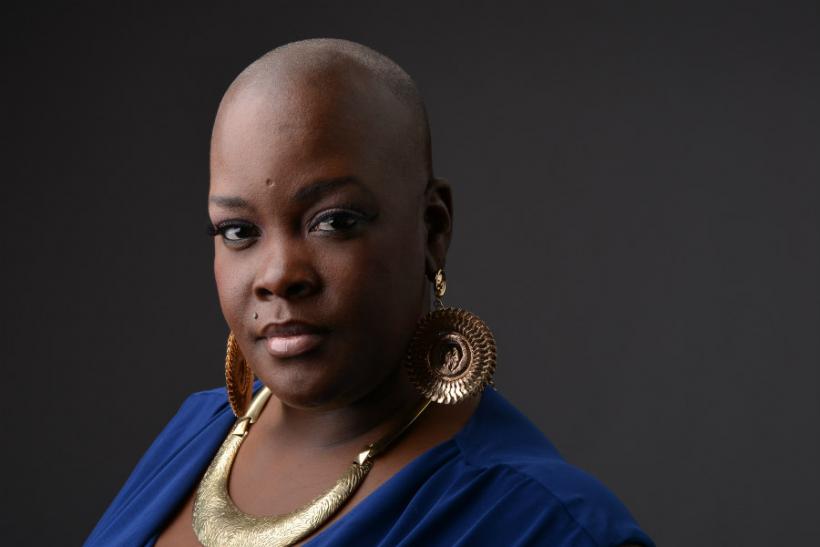 Is it too soon to say “I loved my body before it was cool"?

I don’t remember how I stumbled across the “fat-o-sphere” — the early-aughts network of blogs and web-sites offering the to-me-unprecedented perspective that, in the words of activist and artist Glenn Marla, “there is no wrong way to have a body.” These writers rejected the ideal of thin, able-bodied, white, cisgender femininity and insisted that every body deserved respect, dignity, and care. At eighteen, I thought that if everyone would just read the things I was reading, it could change the world.

Twelve years later, some of the concepts first introduced to me by the fat-o-sphere have gained traction. As a culture, we’re increasingly aware of the importance of representing diverse bodies in movies, TV, and fashion. There are decent plus-size clothes now, pop stars sing about loving their thighs, and Alicia Keys stopped wearing makeup. The concept of “beauty” is much more spacious now than it was a decade ago, and the backlash against body shaming continues to build.

So why do I feel like the better world I envisioned at eighteen is further away than ever?

I think it’s because the word “positivity” has replaced so many other things, such as “activism” and “liberation.” The mainstreaming of love handles and armpit hair might have more people feeling visible and valid and seen — all laudable goals, to be sure. But I’m concerned that we’ve accepted a broadening of beauty standards as an end in itself, that we’re not doing enough to push beyond that.

When I see the vocabulary of body positivity being used to sell shampoo and lingerie, I don’t think I’m seeing a wholesale embrace of all bodies in their messy, complicated humanity. We’re just being embraced as potential consumers.

Brands getting in on the body love game might be a positive sign of shifting cultural mores, but in and of itself it is not radical. More cute bras in my size doesn’t necessarily translate into an end to health care disparities for fat people. It might have been a step forward for visibility when transgender model Munroe Bergdorf was hired to represent L’oreal, but it was a huge step backward when she was fired for saying that all white people bear some responsibility for racism. Corporations might be willing to profit off a black trans woman’s beauty, but that doesn’t mean much if that woman is forbidden to even address, much less use her visibility, to combat ongoing systemic inequality.

Are we doomed to a hollow victory where “equality” means every body is equally targeted by marketing without really having equal rights, equal access, equal opportunities, equal safety, and equal choices?

The answer to that question might lie in the recently released book The Body Is Not An Apology: The Power of Radical Self-Love by poet and activist Sonya Renee Taylor. The book’s title is a line from one of Taylor’s poems, and it’s also the name of the web site she operates dedicated to “radical self-love for every body.” Writers at The Body Is Not An Apology interrogate the many ways shame is imposed onto our bodies — what Taylor calls “body terrorism” and the “Body Shame Profit Complex” — and how to achieve self-love within the context of body size, gender, age, sexuality, disability, and more. To Taylor, who is currently on a national tour discussing her book, this is not a journey about self-esteem or self-confidence; it’s about deeper healing and understanding of every person’s intrinsic worth.

The Body Is Not An Apology goes beyond the watered-down body positivity being used to sell lip liner to imagine radical self-love as the foundation for a truly liberating political praxis. “Using the word radical elevates the reality that our society requires a drastic political, economic, and social reformation in the ways in which we deal with bodies and body difference,” Taylor writes. She sees body positivity as a facet of radical self-love, but not its ultimate goal. Focusing on how each individual feels about their own body “obscure[es] how structures and systems impact how we experience our bodies. Body positivity is not explicit in how we make a world that treats Black bodies, queer bodies, disabled bodies, trans bodies, aging bodies” with dignity and respect.

When I see the vocabulary of body positivity being used to sell shampoo and lingerie, I don’t think I’m seeing a wholesale embrace of all bodies in their messy, complicated humanity. We’re just being embraced as potential consumers.

Through poetry performances, workshops, and the work she publishes on her website, Taylor has been striving for years to further the conversation about “how radical love alters our planet.” After speaking at the African-American Wisdom Summit in 2016, she was approached by publishing house Berrett-Koehler about writing a book — something she’d been considering for years. Throughout her book, Taylor offers readers opportunities to reflect on their own lives and incorporate what she calls the “four pillars” of radical self-love: Taking Out the Toxic (rejecting messages of body shame), Mind Matters (learning new ways of thinking about bodies), Unapologetic Action, and Collective Compassion.

Taylor's goal is not merely to help readers embrace their inner beauty. Rather, she wants “to change the world by convincing you to love every facet of yourself.” The Body Is Not An Apology is a short book, but don’t mistake its length for a lack of depth. I consider myself at least an advanced beginner at self-love, but Taylor’s writing challenged me in profound ways.

Taylor is aware that self-love risks being sidetracked into a more user-friendly form of consumerism. “There is no transformative movement in the U.S that is not at risk for being co-opted and corporatized,” she says. “Folks are using Dr. Martin Luther King Jr. to sell trucks!” That’s why she encourages readers to go beyond simple “positivity.” Simply feeling good isn’t enough to change the world.