What I Learned From My Brother's Suicide 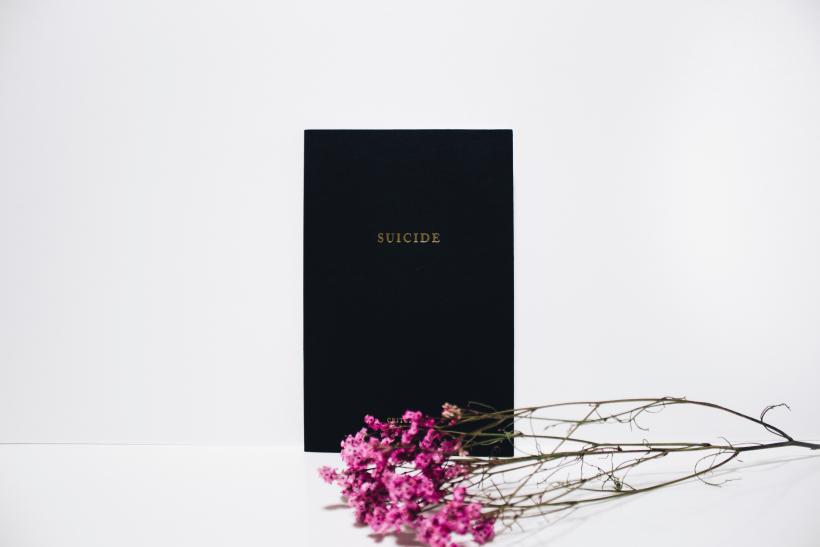 Photo by Thought Catalog on Unsplash

This week will mark two years since my brother died by suicide. I’ll never forget that phone call from my mom: one minute I was sitting at work, and the next minute my life was changed forever. Grief changes you at your core, but suicide is a whole different realm. Suicide makes you think I should have done something.

After reflecting during Suicide Prevention Month in September, I decided to speak up about my brother’s death, not only because I want to create greater awareness, but because I believe we can do something; we can offer a helping hand to someone who is so desperate that they think taking their life is the only option.

In my brother’s case, I accept that we're powerless over the decision he made.

But most days, I do ask myself — if I’d been in more regular contact, would I have been able to do something to prevent it? In Al’s case, we had no clue there was anything wrong. He presented himself as a successful, well-respected doctor. He was the guy everyone wanted to be friends with, and he showed no signs of addiction or mental illness. All we knew is that he suffered from a bad back from time to time — but was that enough to lead to suicide? We’ll never know. There was no note, and he hadn’t confided in any of his friends or colleagues.

That kind of suicide isn’t uncommon. According to the Centers for Disease Control (CDC), more than 54% of those who died by suicide did not have a known mental health condition — and 84% of them are men.

CDC Principal Deputy Director Anne Schuchat, M.D., says that “Suicide is a leading cause of death for Americans — and it’s a tragedy for families and communities across the country. From individuals and communities to employers and healthcare professionals, everyone can play a role in efforts to help save lives and reverse this troubling rise in suicide.”

Nearly 45,000 people killed themselves in 2016 (and that figure is said to be significantly underestimated), and the number is only increasing — by more than 30% in half of the states since 1999.

The National Alliance for Suicide Prevention and the National Suicide Prevention Lifeline believe that it is possible to reduce deaths from suicides, just like we have reduced other leading causes of death. They say: “For every person who dies by suicide annually, there are another 278 people who have thought seriously about suicide who don’t kill themselves, and nearly 60 who have survived a suicide attempt. The overwhelming majority of these individuals will go on to live out their lives.” It is these stories, together with stories of prevention, that inform the great work of these organizations.

Crippled by what felt like a tsunami of grief two years ago, all I could do was share how I stayed sober. I was utterly devastated, and much of that time it was about survival and seeing to my family’s needs, which included traveling to Australia and back for his funeral in just five short days. That trip nearly broke me.

Two years later, it still stings, but the grief is less intense. We’ve only really had closure these past few weeks, as it’s taken this long to issue his death certificate — authorities ruled that it was an accidental death, which none of us can believe given the manner of his suicide. Though my acceptance grows around his decision, I don’t think I’ll ever stop wondering how things would be different had I been in better contact. I still think of Al every day. I often wonder if he knew how much his family loved him, and that we’d fly to Australia at the drop of a hat to help him, or whether that would have changed his decision.

Even though I’m powerless to alter his decision to end his life, I am not powerless to turn the tragedy into something more powerful.

I know that in sharing my story, I contribute to greater awareness around the reality of suicide. I also advocate for improved access to mental health services and show those who are suffering that there is nothing serious enough to warrant taking their own lives.

What more can we do? The National Alliance for Suicide Prevention promotes five action steps for talking to someone who may feel suicidal:

Speaking about whether the person is contemplating suicide shows that you are open to talking to them about their state of mind, in a nonjudgmental and unbiased way. It opens the door to ask how you can help.

Being with the person either on the phone or in person shows that you are there to support the person. This can be life-saving.

Providing outside assistance like the Lifeline (800-273-8255) can help a person establish a safety net if they find themselves in crisis. It can also help them develop a plan to access a mental health professional.

After you have made contact with the person and connected them with immediate support systems, make sure you follow up with them to see how they are. Call, leave a message, or send a text. Let them know that you’re following up and that you are there for them.

For more information about these steps and suicide prevention, visit the National Suicide Prevention Lifeline.