My Mother Is Alive And I Mourn Her Every Day 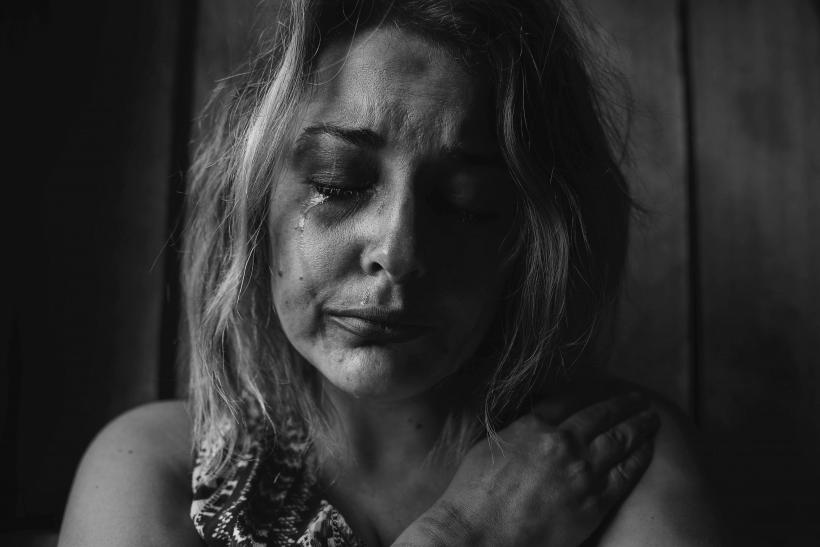 Photo by Kat J on Unsplash

My mother lives somewhere in western Texas — I think. Maybe east of El Paso a bit? When I sat down to write this, I pulled up a map of Texas. I’ve only ever been to Austin; I couldn’t tell you where Houston or Dallas is. I guess I thought if I looked at a map something would ring a bell or my intuition might point me to her. The truth is, I have no idea where she is.

I don’t even know if my mother is alive.

I haven’t spoken to my mother for eight years.

In the few years before that, our contact was forced and sporadic. She came to my backyard wedding in 2010 and drank whatever bottle she carried in her oversized handbag until she thought that bruschetta was supposed to be broiled with the tomatoes and olive oil on top, then forgot them in the oven, and almost caught my kitchen on fire. After the birth of my fourth child, almost eight years ago, she arrived with a bag of groceries. She remarked on my weight gain and left without even looking at the baby.

I have a friend whose mother died very suddenly about a year ago. In the days after her death, my friend shared on social media her deep abiding love for her mother. She talked about the wonderful packages and letters she had sent to her grandchildren. She remembered what a devoted and doting parent she was. She shared photos of the two of them smiling — on trips, dining out, at the holidays. She shared her profound grief in the open, a loving tribute to the woman she loved the most.

I thought then about how the grief of losing someone you love so deeply, so suddenly, must be devastating. I thought about how I’ve been grieving the loss of my mother for years, slowly, painfully, sort of like the metaphor about boiling frogs. The water starts cold with the frogs probably swimming about happily, unaware of the fire below. As the water heats, the frogs keep swimming until finally the water reaches boiling and they die.

That’s kind of what this grief feels like to me. I didn’t go into a pot of boiling water the way you cook a live lobster or crab. I’ve just been sitting in this slowly boiling pot for eight years, or ten years, or a lifetime.

The truth is, I never really had a mother at all. Sure, she gave birth to me. Yes, I started as an egg in her ovary. Certainly, I grew in her womb. Three days after my due date, I was pulled out of her by an obstetrician, forceps indentations left in the side of my head for weeks. And yes, she was there when I was a child — at least some of the time.

But the reality of the matter is that she might never have been anything more than biological. Her addiction, her mental illness, her narcissism were a wall that she couldn’t scale nor demolish. Motherhood, the kind of raw love that would make you die for your child, that was just on the other side.

The hardest thing is I didn’t know I was grieving her until she was all the way gone, until the water was boiling beneath me. There was no sentinel event, nothing cataclysmic that would permit me to fall apart. No one thing acted as a signal for sadness. It’s just always been there, insidious, hanging around like a thick fog.

It would be infinitely easier for me to have no mother at all than to have one I will probably never see again.

Maybe this seems crass. It’s not that I don’t want her in my life, it’s simply that I can’t have her in my life — not the way she is. It’s that her alcoholism and untreated mental illness make a relationship with her unbearable if not impossible. It's that I point blank told her I wanted a relationship with her, I wanted her to watch her grandchildren grow, but I needed her medicated and sober — and she could not choose me.

I don’t know what is more painful, that she cannot choose me or that she will not try.

I do know that the relationship between a mother and daughter is a dear and special one. I have five children, two incredible daughters. My 23-year-old was my rainbow baby and the light of my life.  My seven-year-old is the child I am currently attending second grade with, the fourth child I never thought I’d have. I know that there is nothing that would take me from them.

And yet, my relationship with my mother is neither special nor dear. I doubt it ever will be. The list of things that lies between us is expansive.The grief over a realtionship that should be precious but is instead non-existent is pervasive. *I'm not just grieving my mother, I'm grieving the mother I wish she was. I've been grieving her my whole life. It's the most stable part of my relationship with her.*

If you like this article, please share it! Your clicks keep us alive!
Tags
grief
loss
mother
mom
daughter