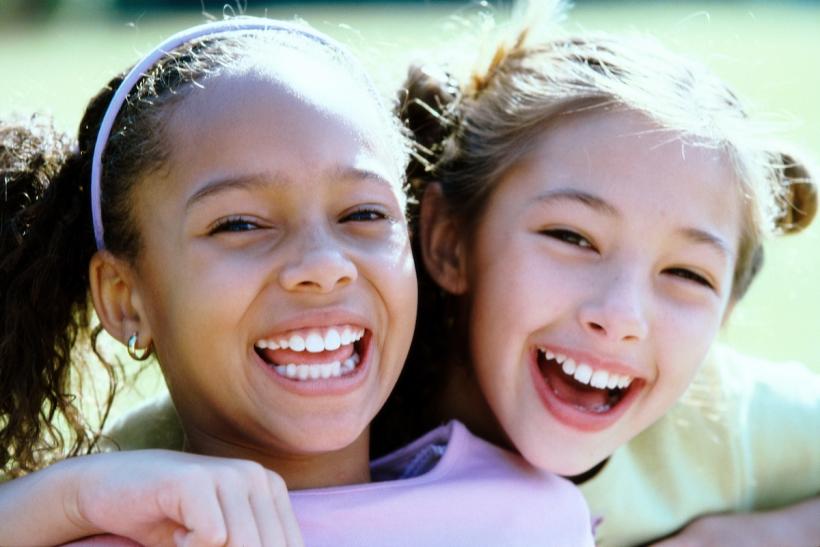 Despite our skin tones, our realities weren’t that disparate.

In sixth grade, my best friend Brandy had the haphazard look of someone whose parents paid as little attention to their children as possible. I, in a similar fashion, had a bushy afro that didn’t know where it belonged.

Our school, which had just begun bussing, reflected the tense racial reality that would soon infiltrate our friendship. Lockers were removed after a series of bomb threats. Eighth-grade boys harassed me daily for being “white.” But inside our bubble, Brandy and I felt safe.

Brandy found a childhood doll in a recent move. Instinctively, she looked inside and discovered a birthday card I made her on our fateful last day. Sobbing, she realized that she must have hidden it in a safe place where her parents would never think to look. Throughout her life, she told herself she’d never had a best friend, and now she realized that wasn’t true.

My mom and I lived on a street that paralleled the freeway in the Meadowbrook Apartments, otherwise known as the “Meadowbrook Zoo.” We had recently moved from my grandma’s house on a quiet street in Santa Cruz, California, so my mom could be closer to San Jose State and finish her master’s degree. Police interventions were common occurrences, and one morning, she and I walked to the car to find what looked like a bullet hole in the rear window. The glass fell on the road as she drove me to school, marking the route as if she needed to find a way back.

Brandy’s home life had similar disturbances. Cops came to her house for her brother’s car theft. She later surmised that her parents likely had their own issues with the law. Despite our skin tones, our realities weren’t that disparate.

But to Brandy’s parents, skin color meant everything.

Though both shy, Brandy and I sang “Anything You Can Do, I Can Do Better” at the middle school talent show. On her birthday toward the end of the school year, Brandy’s parents went to a motorcycle event, leaving her home alone. My cousin’s birthday fell on the same weekend, and I brought Brandy along to celebrate on an overnight camping trip.

When her parents picked her up the next day, their eyes bored into ours with disgust. Not only was I black, but my otherwise white cousins were one-quarter Japanese. In my last memory of Brandy, she swam away from me in the unheated pool we shared with the high school next door.

Two years ago, I received a message from her on Facebook. As a critical mixed race scholar, I frequently talk about my experience, and I often discuss the impact losing Brandy had on my life. I had no idea she often thought about me as well, and that she had even demanded her parents allow her to see me. In a sweet turn of events, Brandy found a childhood doll in a recent move. Instinctively, she looked inside and discovered a birthday card I made her on our fateful last day. Sobbing, she realized that she must have hidden it in a safe place where her parents would never think to look. Throughout her life, she told herself she’d never had a best friend, and now she realized that wasn’t true.

Brandy and I stood right beside each other, but we were each cloaked behind our walls of a painful past. As survivors, we have each blocked out large portions of our childhood.

As we got to know each other all over again, we bonded over our love of Gilmore Girls, which we had both watched religiously. Lorelai mothered us, and Rory’s educational determination reflected our own lives. Our worlds had both been touched by Stars Hollow, as we enjoyed plotlines, characters, and twists without knowing we shared the same, albeit fictional, universe.

Netflix was set to drop the reunion — Gilmore Girls: A Year in the Life — and we were about to embark on a reunion of our own. Living in Hollywood, I sometimes get access to premieres and screenings, and I happened to notice last minute tickets to the A Year in the Life premiere. Brandy answered my open Facebook call for the second ticket, and I couldn’t have been more thrilled with who decided to accompany me.

The next day, Brandy flew from Tucson to Los Angeles. As she walked toward me in the airport terminal, I was taken aback by this grownup version of my best friend. It was as if Brandy had eaten cake in Alice in Wonderland and miraculously grown before my very eyes. In all our correspondence, I had visualized her as that little girl in sixth grade. I had been aware that this vision was false, but I hadn’t had anything to replace it with until I met her face to face.

Brandy and I hugged at the terminal. She was taller than me, with slightly broader shoulders. Her once unkempt hair hung silkily from her head, and my untamed afro was now in polished curly-qs. I dared not hug too tight, but my hesitancy dissipated once I realized she was hugging with the same intensity. As we released our embrace, it was difficult to replace this silent recognition with words that would accurately reflect the magnitude of that moment.

As I pulled away from the terminal, Brandy and I had no time to settle in. We talked as she pumped breast milk in the passenger seat — an intimacy that didn’t match our current relationship, but represented all that had occurred in the span of 29 years: a marriage and divorce for each, grad school, careers, and years of professional therapy.

We waited in line for the premiere for over three hours. Between bites of food and slow steps toward the entrance, we continued to tread lightly into conversation. Brandy and I stood right beside each other, but we were each cloaked behind our walls of a painful past. As survivors, we have each blocked out large portions of our childhood. She remembered nothing about her birthday, but my knowledge of her parents’ motorcycle event reassured her that the weekend must have taken place. I similarly remembered nothing about our friendship except our performance at the talent show, her warm presence at my cousin’s party, and watching her swim away from me at the pool.

Yet, for each of us, our connection was so sacred that a piece of us went missing once it was torn apart.

“All my friends have known about you for years,” Brandy said. “They’ve probably gotten sick of me mentioning the friend I lost in middle school.” Earlier in line, she cautiously said, “It’s so hard for me even to look you in the eye.”

As I still couldn’t believe that flesh-and-blood Brandy was standing in front of me, I didn’t have a good response. We’ve been conditioned not to trust what seems too good to be true, especially something that stems from what feels like a previous life.

Brandy recalls that she breezed easily through high school and college. Instead of congratulating her success, her parents felt threatened by her accomplishments. She was a goody two shoes. Brandy was smart enough not to trust her parents’ opinions, but she found herself in an abusive marriage that she convinced herself was healthy until her husband left.

I found high school challenging territory, not realizing others’ perceptions of what a black girl could accomplish were their reality, not mine. I struggled against an absent alcoholic father, an aggressive stepfather, and my own unhappy marriage to successfully obtain an advanced degree.

I find it unsurprising that Brandy works as a sign language interpreter and that I work as a writer — both of us speaking without having to assert our own verbal voice.

Brandy and I didn’t get into the premiere. Ticket holders were cut off just a few people in front of us. We walked back to the car in relative silence. I cried, convinced that I had let my new old friend down, luring her with a promise that didn’t come to fruition. “It’s not important,” Brandy said as she hugged me.

We stopped at the grocery store on the way home, picking up Gilmore Girls favorites so we could enter Stars Hollow together in some small way. Back at my place, we talked into the night as we munched on our Red Vines. The next morning, I drove her back to the airport to catch her flight home to her second husband and two young sons. I returned to Hollywood and picked up my life where I left off. Nonetheless, as we continue to navigate our new waters together, we’re reminded that nothing can stand in the way of that the special bond between white and black sixth graders who have withstood a quarter century of racial tension, proving that true friendship is stronger than the bonds that try to tear it apart. 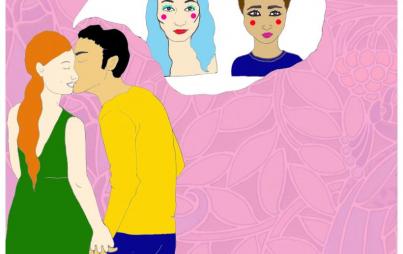