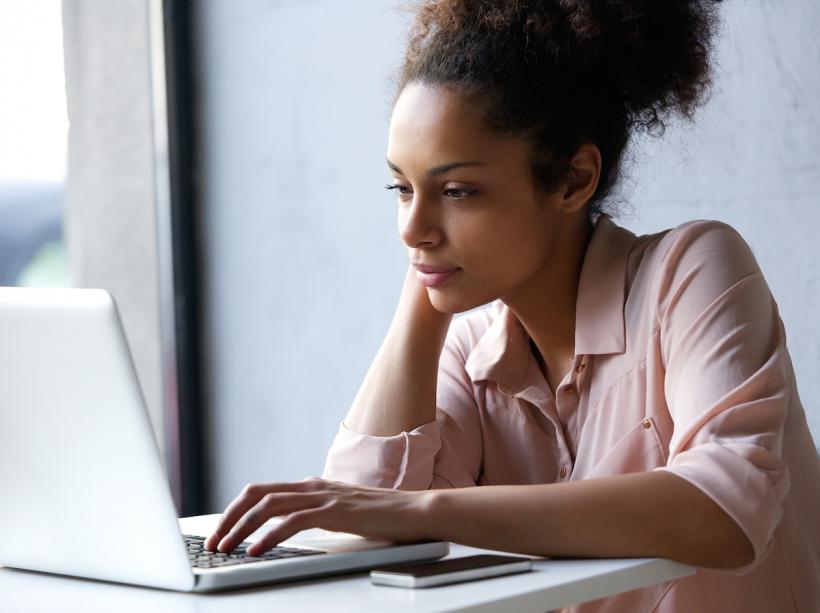 I was most worried about my half-brother in Fort Lauderdale, and I benignly clicked on a news link about the city on my Facebook sidebar.

Like many Americans, I tried to keep close tabs on Floridian friends and family during Hurricane Irma. I was most worried about my half-brother in Fort Lauderdale, and I benignly clicked on a news link about the city on my Facebook sidebar. The link announced that a news crew had caught looters on tape and that the perpetrators had subsequently been arrested. The looters were black.

This type of coverage was reminiscent of that during Hurricane Katrina when a major news station played a seconds-long video of black looting on repeat.

In that particular case, it was later ascertained that the men and women were taking needed supplies, including bottled water and diapers. However, presumably by the skin color of those in the video, it was considered important enough to broadcast during the wake of one of the country’s worst national disasters.

USA Today and The Washington Post were among those who delivered quick stories about the Fort Lauderdale looting. Granted, in this case, the men stole from designer shoe stores and pawn shops. Two teens were caught breaking into the home of an evacuee, and one teen was shot. While they were, in fact, acting criminally, promoting this behavior as newsworthy promotes harmful stereotypes about blacks, and especially poor blacks. On the Fort Lauderdale police department’s official Twitter page, Police Chief Rick Maglione wrote: "Going to prison over a pair of sneakers is a fairly bad life choice.”

Before my father met my mother, he landed a three-year prison sentence for stealing televisions off the back of a truck. It is unlikely that he would have received such a lengthy sentence if his skin color had been lighter. According to a 2012 article by The Center for American Progress, “The U.S. Sentencing Commission stated that in the federal system black offenders receive sentences that are 10 percent longer than white offenders for the same crimes.” The police chief’s quick assumption that the nine men arrested will face prison time is thus most likely correct, and not because of the severity of their crimes, but due to the color of their skin. A Korean War veteran, my father used his time in prison to obtain his GED and study the prison’s law books to become a paralegal for the NAACP. But his experience is not the norm, and he excelled because of his own drive and not because he was placed behind bars.

As a light-skinned mixed race woman, I am less discriminated against than my father was, and less than my darker-skinned peers. Due to colorism, most authority figures don’t see me as a threat.

However, I have encountered my fair share of being labeled sneaky and dishonest, which seemed to arise from a predisposition to distrust brown-skinned men and women.

In high school, I attended missionary training in the Florida swampland before embarking on a summer excursion to Indonesia. Due to my own poverty, I lacked the means to sufficiently purchase the required clothing. My pair of dress shoes was said to be sub par, and my leader offered me some cash to supplement my own as we walked to the makeshift boot camp store. At the counter, I took the wad of cash out of my pocket and placed it on the table. Scatterbrain that I am, I dropped some of the money, and my leader accused me of pocketing it for my own benefit.

This wasn’t the first or only time that someone mistook my scatterbrain nature (ironically from my white side) as sneaky deception. I’ve been accused of purposefully calling a landlord’s phone when I knew she would be out to sneakily move out an hour after midnight instead of on the dot. I’ve been told that I sought scholarships for college because I wanted to go to school on someone else’s dime, while my white step-brother was praised for being a recipient.

Aside from my father’s and my own experiences, data shows why blacks in Fort Lauderdale may decide to loot during the uncertainty of a natural disaster. According to a report by Data USA, as of 2015, black wage earners in Fort Lauderdale make less than white, Asian, and Native Hawaiian and other Pacific Island workers. Blacks also have the highest poverty rate, at 43.8%, and make up only 19.8% of college graduates. While many would like to claim that lowered income and less education are due to laziness, the percentage of blacks employed in Florida is the same as the rest of the state, at 54%.

While we have only one case of open fire with the events in Fort Lauderdale, LA Times opinion writer Rebecca Solnit discussed the similarities between excessive force used against both actual and supposed looters during Hurricane Katrina and the 1906 San Francisco earthquake. After the earthquake, the mayor posted signs authorizing the police to “shoot to kill” looters, and the U.S. Army ended up killing many supposed looters who were, in fact, acting innocently. One individual was shot while taking supplies offered by a store proprietor, another while rescuing someone trapped under rubble, and a cashier who was attempting to open his bank safe. Solnit writes that similar innocent shootings occurred during Hurricane Katrina, with 16 officers being charged with shooting crimes.

The repeat coverage of two or three black men and women taking goods from a nearby store during Hurricane Katrina reinforced that the news is not meant to serve my eyes, but rather the eyes of a white nation.

TV stations show this coverage because they know it will gain viewership, as it validates white citizens’ race-based fears and feeds into the idea that brown-skinned Americans will take from innocent citizens if given the opportunity. The Fort Lauderdale police chief’s paragraphs-long message, tweeted through a photo, was said to be a warning for other would-be looters. Ironically, the city is still without power, rendering the warning unavailable to its intended audience. Instead, it seems more apt to focus our attention on the impact of the hurricane itself, including the death toll of at least six people and the 37 deaths in the Caribbean and one in Georgia. Aside from the outage, my half-brother is reportedly happy and healthy, and one of over 54,600 black residents not looting in the aftermath of Hurricane Irma.

If you like this article, please share it! Your clicks keep us alive!
Tags
Hurricane Irma
hurricane
Hurricane Katrina
racial stereotypes
stereotypes
racism