I Had Postpartum Anxiety, But I Didn’t Fail At Motherhood 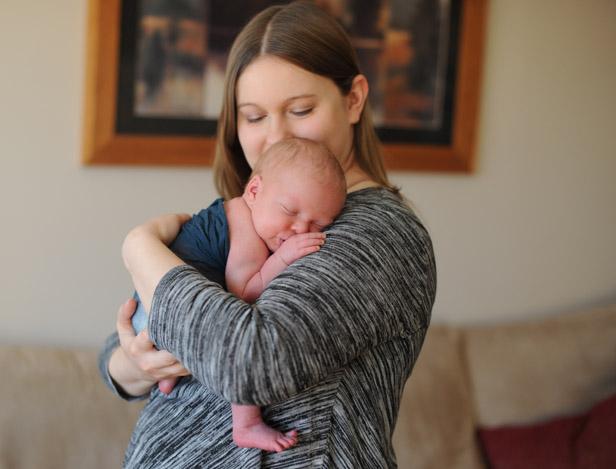 (Photo Credit: Erin and I Photography)

Growing up, I was always told I was a worrier. I worried about school, making friends, and leaving my parents’ house for sleepovers. It wasn't until later in adulthood that I realized that all that worrying I was doing was not, in fact, a character flaw, but an anxiety disorder. Being a worrier started really appearing like a negative thing as I navigated through school and into my career as a registered nurse. My friends would tell me to stop worrying so much. My managers would sit down with me during reviews and gently tell me that it seemed to them I worried too much about what was going to happen. I wasn’t as confident as my friends and coworkers.

I lived through my childhood and young adulthood years feeling like there was something wrong with me.

Years later, my husband and I entered into a six-year battle with infertility and miscarriage. I experienced post-traumatic stress during my pregnancy as a result of the intense feelings I had to deal (or, rather, hadn’t dealt) with during my struggle to have a baby. I cried every day well into my second trimester, thinking this would all be taken away from me. When my daughter was born, I felt a protectiveness so fierce; I wondered if this was what the term “mama bear” really meant. That fierce protectiveness began a long course with worrying all over again, but this time it was over something that I would give my own life for. In the same way that I worried about whether or not I would become pregnant, these new worries kept me up at night and were the source of many tears. With all of this going on, and feeling like I was somehow responsible for it all, I resigned myself to the fact that I was a complete hot mess.

Or so I thought.

I started seeing a therapist right before my daughter turned two, and I remember rehashing the debilitating anxiety I felt, especially during her first year of life. I had no idea that what I was experiencing was postpartum anxiety (PPA). Throughout my follow-ups with my OB, after I delivered, I filled out questionnaires related to depression for every visit. But that wasn’t my issue. I wasn’t depressed. Had I gotten the standard anxiety screenings at my appointments, it would have quickly shown how much I was struggling. I wasn’t just worried about my baby. I wasn’t just a concerned new mom.

It was after addressing this, when I could finally start to let go of the guilt that I was slowly failing, unable to keep up with the other moms that had it together. Knowing what was “wrong” with me helped me come to terms with my role as a mother, and more importantly, with how I accepted myself as a person.

As a fellow mother who has battled PPA, I know the guilt that is laid on us. I’ve experienced the inadequacy — we feel we aren’t good enough for our kids, for our partners. We feel the guilt that we are weak and we just aren’t trying hard enough.

I decided to take control two years into the depths of it, right before it almost broke me. I wish my OB would have given me that screening in the beginning. Because then I wouldn’t have had to lay in bed, my breathing hitched, because I knew my daughter was no longer breathing in the next room. I wouldn’t have had to endure all the worst case scenarios of what could happen to my baby — scenarios that I know all moms have, but mine were constant and merciless.

As my daughter grew, the anxious thoughts grew with her.

I am a good mom for taking care of my needs — for getting the help of therapy and medication, even if it wasn’t as soon as I needed. It took me awhile to come to terms with the fact that my PPA wasn’t, in fact, that character flaw I assumed I had, but a real medical diagnosis. I wasn’t "crazy"; I wasn’t overly-protective.

I didn’t fail my daughter (or myself) at being a mom.

Right around the time I was diagnosed, I started seeing more and more posts and articles in social media, of women telling their stories of PPA. Being open about it is so important. Sometimes when there is strength in numbers, we can change our perspectives about ourselves.

I wish I had learned about all this sooner.

If you like this article, please share it! Your clicks keep us alive!
Tags
postpartum anxiety
postpartum
anxiety
motherhood
mom
postpartum depression

Pregnancy Announcements Can Be Hard When Dealing With Infertility
Risa Kerslake

I Had Postpartum Anxiety, But I Didn’t Fail At Motherhood
Risa Kerslake