Raising An Outgoing Kid When You're Reserved 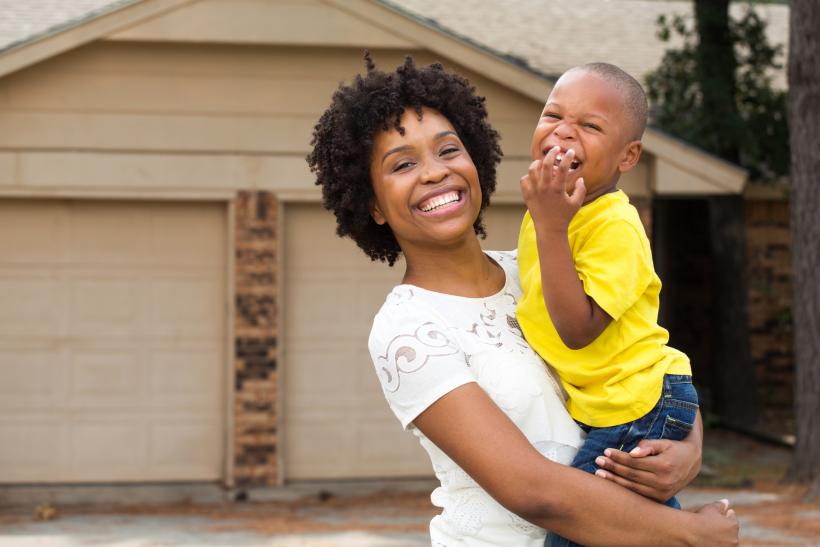 Be careful what you wish for! I'm raising an outgoing kid and I'm reserved.

As a parent, there are many things to worry about — your kids' health, being able to support them financially, your kids making friends in school, and if they are going to stay out of trouble. The list goes on and on as long as you’re a parent.

One of my biggest fears happened recently at an airport. My son and I were standing in the security line, and a woman overheard us talking about traveling to Texas. We started making small talk as we were moving towards TSA and we learned that she was going to be flying on our same flight. She was in front of us, and as she passed through security, my son turned to me and said, “Ask if she wants to sit next to us on the plane!” I quickly and quietly told him we would see if we could find her when we boarded and distracted him when I saw her walking past us down the aisle.

I knew that there was a chance that my son would be outgoing. I heard story after story of my ex-husband striking up conversations with strangers on the bus when he was a kid. He would ask about their marriage, find out all of their children’s names, and learn about what they did for a living. Myself as a child, on the other hand, would hide behind my parents' legs when being introduced to a person I didn’t know. I even told our Lamaze class that one of the traits from my son’s father that I wanted our son to inherit from him was his extroverted nature, his ability to “work a room,” and his outgoing personality.

Be very careful what you wish for because at eight years old my son is exactly like his father in this aspect.

Although I would much rather people watch and limit my interaction with others when we go out, I now have to manage my feelings of awkwardness when parenting my child who would love to get to know every single person we see.

I started thinking about this while spending time with my son at the local children’s museum. He was playing in one of the exhibits, and I turned around to find a seat. When I turned back around, my wonderful son was pulling up a chair to play a game of checkers with a table of teenagers! I immediately became concerned. But not because I thought he was in danger and not because I thought that he was “bothering” them. My first thought was, Am I now expected to engage with this group of new people?

My son’s desire for connection with others hasn’t been entirely awkward for me. We have met some fantastic new people that I wouldn’t have ever engaged with if it hadn’t been for him. Like the time my son invited a grandmother and her grandchildren to have lunch with us. He had been playing with her grandchildren at the park, and it was time to eat. While I would have said goodbye and found food on our own, my son suggested that we all eat together which we did, and it was lovely. They finished the day playing, and we all went our separate ways. Or there was the time when I struck up a conversation with the father of a child with whom Mateo had been playing with at another neighborhood park.

Both of these interactions were brief. We didn’t exchange numbers, and we never meet with them again. I don’t even remember their names. What I do remember is the connection that we made, however brief, with another person.

It was a connection that I wouldn’t have made if I were alone.

As a parent, we have to attend extracurricular activities, parent-teacher conferences, and other activities with our children. When my outgoing child charges in and make new friends, when he says hi to everyone and starts to play with any kid who says hi in return, I have a decision to make. I can slink away in a corner and smile at him from afar. Or I can walk up to the parent of the child who is my son’s new “best friend” and say hi. Mostly, I slink away in a corner, but sometimes I choose to be as outgoing as he is. I engage openly the same way that my son does even though it doesn’t come as naturally for me.

I have always taught my son to use his voice. I have always pushed him to speak up and ask for what he wants. I have encouraged him to know that what he has to say is important whether or not he is speaking to his friends, teacher, or his doctor. He has no fear of strangers and sometimes I have too much, so we balance each other out. I instill in him a little bit more “stranger danger,” and he instills in me the reminder that people are amazing and you can find a new friend even in the security line at the airport.

If you like this article, please share it! Your clicks keep us alive!
Tags
parenting
motherhood
expectations
Kids
outgoing