Why I Let My Son Believe In The Tooth Fairy 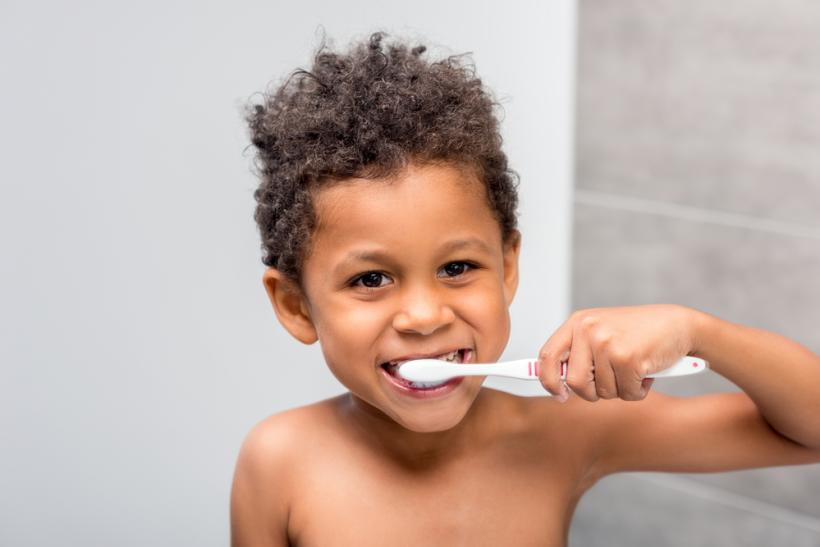 When he looked up at me with his big, brown eyes and asked, “Mommy is the tooth fairy real?”

When I found out I was going to be a mom, I thought long and hard about how I wanted to raise my son. I would read to him daily, feed him healthy good, and never lie to him. I might not always volunteer information, but if he asked about anything directly, I would tell him the truth.

My son had just lost another tooth. When he looked up at me with his big, brown eyes and asked, “Mommy is the tooth fairy real?” I looked down into his innocent face, remembered my promise to myself to not lie to my child if he asked directly, and said, “Yes baby. She is.”

As I snuck into his room that night to put money under his pillow, I thought about the ridiculousness of it all. Some woman flies into his room at night because losing a tooth triggers her fairy senses, takes the tooth, and leaves cash in exchange. I didn’t even know the history of this mythical creature, but there I was, crawling on the floor like a character from Mission Impossible, trying to stealthily extract the tooth from its hiding place.

Why had I gone back on my promise?

When my son woke up the next morning and found that his tooth had been replaced with money, he jumped for joy. He called his father to tell him. He told my roommates and anyone else who would listen how much money he received. He was filled with joy. At least for one more day, he believed in wonder.

You Might Also Like: To The Mom Who Criticized My Parenting In Front Of My Kid: Eff You

I remember when I was around my son's age, and I started to question the existence of Santa Claus. I couldn’t understand how this one man could ride around on reindeer and in one night visit all of the houses in the world. My parents never actively participated in the story of Santa, but it is hard not to know who he is when he is in every mall and movie during the holiday season. This particular Christmas, the news was playing on the television at home, and the newscaster talked about Santa sightings around the world. That was all my eight-year-old self needed to know that Santa was real. If it was on the news, then it must be true! For another year, I believed in wonder.

Fairy tales can make life more enjoyable. This fun and feeling of magic is the reason why I make a wish when blowing out my birthday candles, the reason I used to sleep with my school book under my pillow the night before a test (I was told that my brain could still read it in my sleep), and the reason I still get giddy every time I see Santa in the mall around Christmas. Yes, I know he is just a man is a suit — but I would still like to sit on his lap and tell him what I want for Christmas.

Telling my son about the tooth fairy is like performing a magic trick or seeing Minnie Mouse at Disneyland. I KNOW they are not real. Magic is an illusion, and Minnie Mouse is a very sweaty person in a costume, but they still entertain us and transport us to a joyful, fantasy world.

I may have felt ridiculous crawling across my son's room to retrieve his tooth, but ridiculousness is exactly why I go along with the tooth fairy. The world is already a very hard place in which to live.

As a parent, I know that even schools are no longer safe for our children and the people who are supposed to serve and protect sometimes don’t do the latter, especially for people with brown skin.

Every day, I try to teach my son ways to stay safe without also making him scared of the world. So I will continue to exchange his teeth for money until he realizes that the tooth fairy is his mother trying to give him a little bit more wonder.

If you like this article, please share it! Your clicks keep us alive!
Tags
Tooth Fairy
parenting
mom
motherhood
Kids