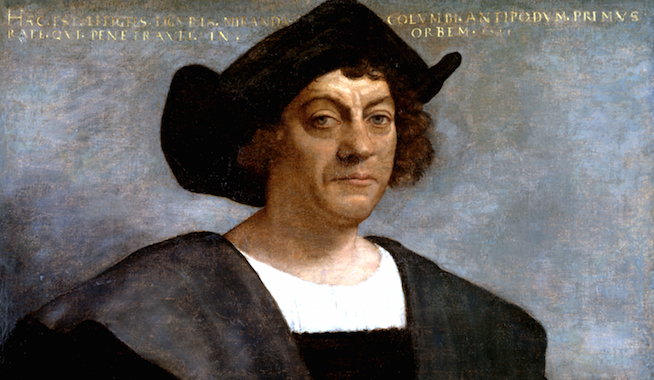 We're giving you some of that judgmental side eye right back, Chris.

Today, millions of people across America celebrate Columbus Day. Or, as we have renamed it here in Seattle, Indigenous Peoples' Day. What is this dubious holiday all about, anyway? Read on for five incredibly headdesk facts about Columbus Day.

1. In 1492, Columbus sailed the ocean blue. He was looking for a new trade route from Europe to Asia, but he landed on the shores of the Caribbean, instead. His epic failure at following directions then led to his glorification as the man who "discovered" the New World and a day was established in his honor in America in 1937. But...

2. Columbus never actually landed in America, much less discovered it. The man we celebrate for "discovering" America literally never made it to America at all. Awkward.

3. America didn't need discovering, anyway. It was already home to millions of native people. But, if we must engage in an ethnocentric celebration of the first Europeans to reach America, we've got the wrong guy. The Viking Leif Eriksson and his band of Norse explorers landed in America 500 years before Columbus' voyage –– and managed not to wipe out native peoples, too.

4. Columbus enslaved and decimated native populations. Despite the fact that Columbus never reached America, he did ensconce himself in Hispaniola. When he encountered a friendly native people (the Taino) willing to welcome him to their land, he decided they would make great slaves. He set up a Spanish territory, installing himself as governor, and within decades the Taino population was decimated due to mistreatment and infectious disease. But, don't worry, he didn't just spread disease to the native people –– he brought syphilis back to Europe, too!

5. Columbus was no hero, even in his own time. In 1499, only seven years after he "discovered" the New World, he was hauled back to Spain in chains where he stood trial for his mistreatment of Spanish colonists (including floggings and executions without trial) and was stripped of his title of governor.

If you like this article, please share it! Your clicks keep us alive!
Tags
Christopher Columbus
columbus day
indigenous peoples' day 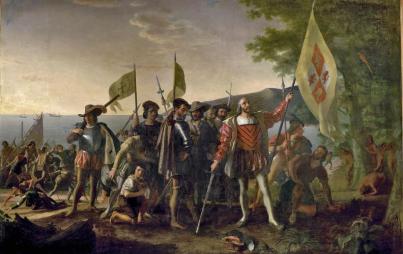 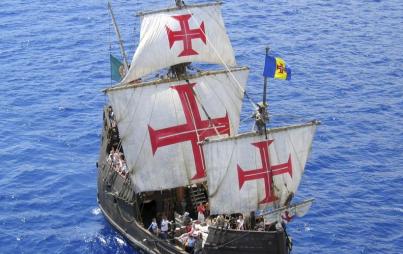 High on History: Have We Found a 500-Year-Old Wreck from Christopher Columbus?