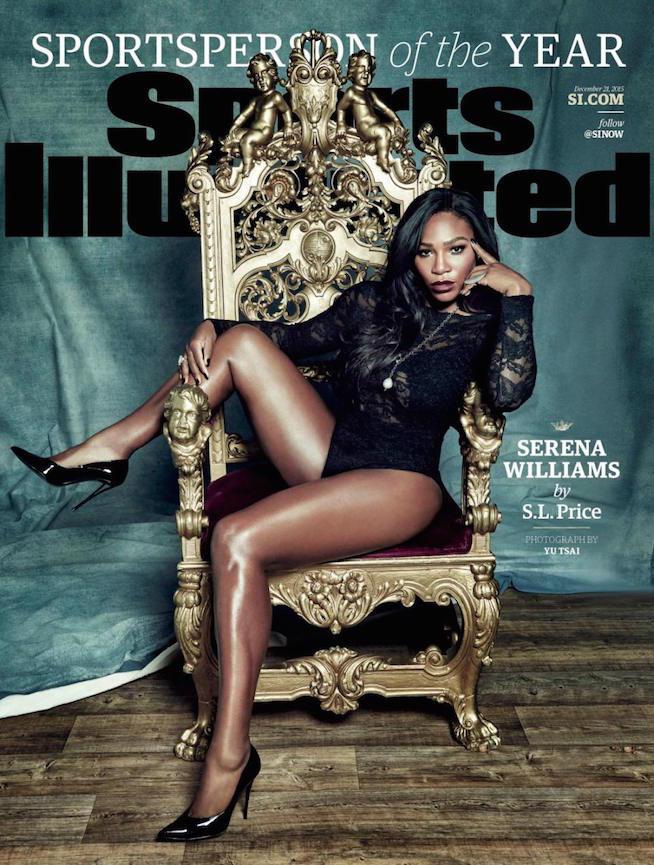 The problem is not Williams’ attire –– it is our culture. And it is that truth, not Williams’ pose, that makes me so deeply uncomfortable.

When I first read that Serena Williams had been named Sports Illustrated’s 2015 “Sportsperson of the Year,” I was thrilled. Until I saw the magazine’s cover photo. Williams is featured wearing a black bodysuit and black high heels, her legs spread across a golden throne. Queen? Yes. But tennis star? Not so much.

If women won this award every year, I would have applauded Williams’ badass pose without reservation. After all, there is no such thing as too little clothing, and women are allowed to be boldly and unabashedly sexy. The problem is that women are still fighting to be taken seriously in athletics; women’s sports routinely struggle to draw money and fans, and this is the first time that a woman has won this award in 32 goddamn years. I wanted Williams and her award to be taken seriously, and my gut reaction was to criticize the magazine for turning her cover shoot into another Swimsuit Edition.

Yet, as Sports Illustrated quickly tweeted, the cover pose was Williams’ idea. She said that the image projected “femininity, strength, and power,” and I’ll admit that she is one badass bitch in that photo. When I look at her and allow myself to forget how men see her, I see the strength and power that she wanted to project. I see her as feminine and sexy, but also entirely mistress of her own domain. I see her how she wants me to see her, and it is an image I admire –– when taken out of context.

I wish that we inhabited the world Williams’ image depicts, where women can wear bodysuits and high heels and be considered powerful. But if I ventured into the comments I know what I would find: men saying they want to fuck her, women telling her to put some clothes on, and at least one thinly-veiled rape threat. She wants to be fucked, they will say, with her legs open and waiting. Her power and poise will become an invitation to overpower her.

A misogynistic society that promotes rape culture shouldn’t be allowed to strip women of their right to be powerful and sexy, yet I find myself torn between applauding Williams for her courage and wishing that she could have posed in her uniform like last year’s winner (who, frankly, deserves a chorus of “America the Beautiful” for his pose in a field of grain). As much as I rail against sexism, there is still a part of me that wants her to be powerful on society’s terms, and to give us an image we can use to advance ourselves in our battle for equal respect. All the while, a tiny voice in the back of my head reminds me that it really doesn’t matter what we wear.

That voice reminds me that those same comments would have been made no matter what Williams wore. She would still have been viewed as a sex object, criticized for her clothing choice, and threatened with rape even if she posed in a business suit. The problem is not Williams’ attire –– it is our culture. And it is that truth, not Williams’ pose, that makes me so deeply uncomfortable.

There is no way for a strong, powerful, sexy woman to win off the courts in matters such as these, and I’m sure Williams knows that. She has long been criticized for her race, her appearance, her weight, and her clothing choices. She took the court to boos and jeers at the beginning of her career, and she has fought like hell for every achievement along the way (and there have been many). On some level, posing for this cover was probably her own attempt at reconciling how she views herself with how others view her. This photograph is Williams on her own terms, and it is as powerful and memorable as she intended it to be.

Had it been the magazine’s decision to shoot her in this pose, I would be writing a very different article right now. But perhaps Williams also very purposely chose Sports Illustrated for this photograph. Sports Illustrated may be best known for its bikini babes, but this cover is by no means just another body in a bikini –– Williams’ power leaps off the page and reminds us that women can be athletic and sexy, and that none of us need give up our femininity or our power to be worthy and deserving of respect.

If you like this article, please share it! Your clicks keep us alive!
Tags
Serena Williams
serena williams sports illustrated
sportsperson of the year 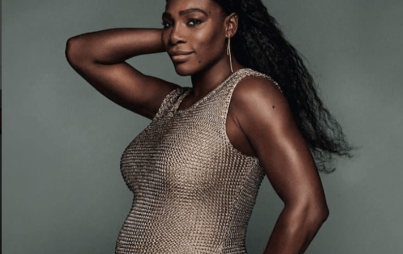 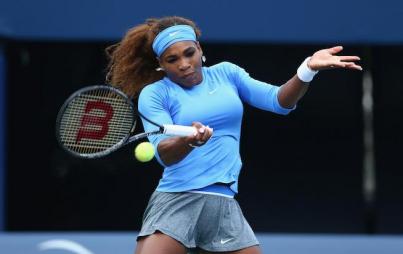