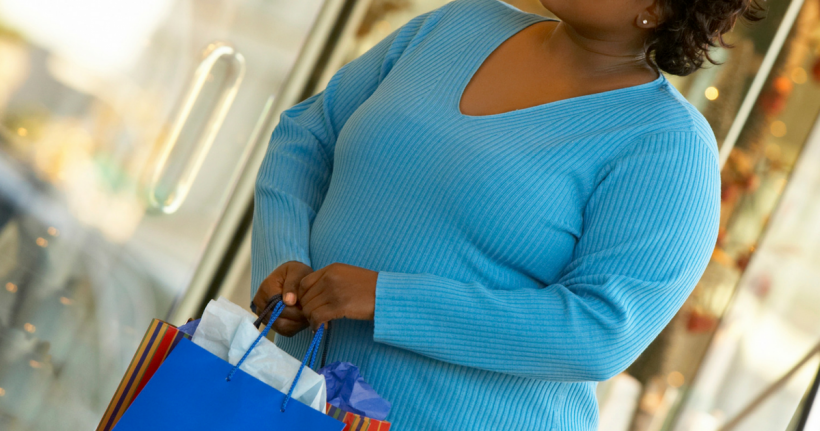 If I couldn’t find clothes that fit me while I viewed the Eiffel Tower sparkling at night or sipped on a proper cappuccino in Milan, was the world really mine to occupy?

Shopping is hell. I think of those who choose to spend their free time thumbing through racks of clothes, be it at their nearby mall in suburbia or specialty boutiques with coveted items in an urban metropolis, as mythological creatures I’ve never understood.

The act of shopping has always drained me, whether it was at the hands of my fussy mother dead-set on her version of how I should dress or looking myself for the perfect outfit for the homecoming dance, a birthday dinner, or graduation.

And as a solo traveling woman — a Black and African tall, curvy woman — who has spent the better part of the last six years seeing and experience the world, shopping is most definitely on the list of things I dread while globetrotting. Shopping has never been easy for me because of my long legs, long torso, and, as they’re known in the south, shapely childbearing hips, and adding travel into the mix certainly didn’t make it easier. It, in fact, made it an international pain.

I wanted to be invisible, to roam the world unseen, but being tall, curvy, and Black meant there was little to no chance of that being the case.

Nearly five years ago, I left everything behind to start over. I’d quit the full-time reporting job I’d held in my hometown of Atlanta for close to four years, the first job I’d landed in my field after Journalism school, to attempt to switch careers. My first full month in Madrid I earned my certification to teach English as a foreign language and shortly after that started teaching English to children and adults of all ages.

Paring down my life to two suitcases and a carry-on proved difficult as is, and although I knew it would at some point get cold in Madrid (because, duh, Europe has proper winters), I shrugged it off, stupidly assuming I’d be able to shop for the essentials.

Nothing came in my size.

Not my rather large sized 10 feet, not my size 14 or 16 clothing depending on the make and cut. I remember vividly eventually finding a chunky sweater large enough to fold and mold around my body until my mother could get my wool peacoat and winter boots of varying styles and colors in the mail. That took weeks, though.

Perhaps it was naive of me to wish upon a star and think I could stroll into any store along the trail of shops lining Gran Via, the main shopping center in Madrid, and find something that fit me. After all, the typical Spanish woman was short and petite. And I was neither.

In the years since I lived in Madrid, moved back Stateside, and continued to travel the world racking up passport stamps, I’ve found similar things to be the case in other cities and countries: Milan, Mexico City, Paris, Oaxaca City, and countless others.

For most of my life, I’ve considered my body to be a mass of unrelenting wars who have somehow found their home and quieted. The insecurity about my curves, my round behind and wide hips which made fitting into most pants and jeans a challenge, stemming from the adulation and unwanted attention they garnered.

I wanted to be invisible, to roam the world unseen, but being tall, curvy, and Black meant there was little to no chance of that being the case. My body was sexualized from the moment it bloomed, and that was when I first knew shame. Couple that with a mother who often projected her own body woes and insecurities onto me and my three sisters and it’s a wonder I didn’t exist in this world hating every inch of the body belonging to me.

Living in Spain and traveling to other places awakened this quiet monster.

If I couldn’t find clothes that fit me while I viewed the Eiffel Tower sparkling at night or sipped on a proper cappuccino in Milan, was the world really mine to occupy?

Was my body too big to ever fit in? I wondered these things in a constant state of bewilderment and overwhelm as I willed the stores in Spain to carry clothes I could fit.

My despair was loud and strong when I ultimately settled for buying accessories to spruce up the clothes I already owned. The unfortunate reality was that although I sought to be invisible because I was ashamed of how my body jiggled and spread from the waist down, I was still receiving attention, but not for the reasons I assumed.

I couldn’t ignore the stares that followed me into whichever store I entered, trailing closely behind me as I shopped. The ones that seemed to communicate that, no, I didn’t belong among the rouse of shoppers — not because of my size, but because of my Black face. The overzealous amount of attention I was given to any slight movements, lest I try to attempt a five finger discount. It was enough to make me feel even less enchanted with the experience of shopping. Racial profiling will do that to you.

The beat goes on. I continue to travel. I continue to see the world with my arms and eyes wide open, wanting to experience things that change me in both small and big ways.

It’s inconsequential to me that shopping for clothes doesn’t factor into the equation. Instead, I am enamored with journals and notebooks, pens and notepads, earrings and necklaces, things I can carry for years to come. Things that won’t gather holes once they’re done tugging at the curves, rolls, and bends that encompass my body.

For me, this also means my wandering heart will have to make sacrifices, bringing beautiful clothes that make me feel good with me before I impart on a journey halfway across the world, knowing that will have to be okay. Because in the end, it is. Nothing will keep me from seeing the world. Not even lackluster shopping experiences.

If you like this article, please share it! Your clicks keep us alive!
Tags
fat fashion
Travel
black
Plus Size
plus size clothes