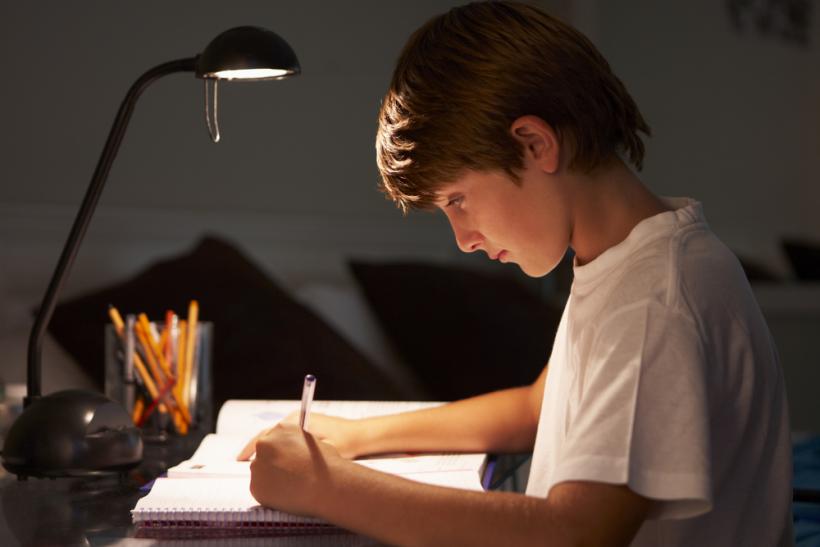 Sometimes, I feel (as many parents do) that I’m doing it wrong.

My 10-year-old son, Ryan, is in the fifth grade and has never taken an after-school or weekend enrichment class. Not because we can’t afford it, thankfully. But because he simply doesn’t want to.

Ryan isn’t anti-social; he plays at school during recess and lunch. Academically, he achieves at or above grade level. He also has a wide range of interests including (but definitely not limited to) Michael Jackson, King Tut, outer space, dancing, reading, and basketball.

He just doesn’t want to sign up for any extra classes.

Ryan is an only child, my husband works full-time, and I’m a stay-at-home mom, which means most times I’m his built-in playmate. That was easier to do when he was younger. Now Ryan’s older, and faster, and stronger. And while it would be challenging for most parents to keep up with their 10-year-olds, it’s more complicated for me because I suffer from an autoimmune disease that leaves me with varying degrees of pain, weakness, and fatigue in my legs.

So I offer classes to my son. I show him the ones that are advertised in the Parks and Recreation catalog we pick up at our local library. (Magic. Dance.) We look over the ones that are offered as after-school enrichment classes on campus at his elementary school. (Robotics. Science).

Ryan is, and always has been, a conscientious student. To him, after-school means snack time, homework time, relax time. An extra class would take time away from the things he has to do (homework) and the things he likes to do at home (playing outside).

This year I thought I had found the perfect class. A basketball class offered at Ryan’s elementary school on Fridays from 2:45 to 4pm. A no-homework night, and still with enough time for us to come home and relax before the nightly routine of dinner, shower, and bed.

Ryan’s answer was still no.

When I asked why he doesn’t want to attend basketball class (or any class), he told me he likes being at home. (Yea! A happy boy in a happy home). He tells me he needs relaxing time. (I get it. He takes his job as a student seriously. He “works” five days a week). He tells me he likes hanging out with me. (Aww…how much longer will this last, I wonder).

As much as I think the extra socialization would be good for him, I don’t push it.

As much as I would appreciate an afternoon off from the physical demands of playing handball with my son, I won’t force the issue. And as much as I think Ryan really would enjoy the stimulation, challenge, and camaraderie of an enrichment class, I respect his decision.

Others have told me I shouldn’t passively offer classes, but rather insist Ryan pick one. But I just can’t. That’s not how our family operates. We talk about things, and everyone’s voice, everyone’s opinion counts. We stress learning, curiosity, and effort over grades, scores, and outcome.

Sometimes, I feel (as many parents do) that I’m doing it wrong. I begin to second-guess myself and worry that I’m keeping my son too close to home. That he isn’t receiving the same learning and growth opportunities as other children who take karate or gymnastics or soccer classes.

Then I read this Los Angeles Times article, forwarded to me from my husband, and I breathed a little easier. The article discusses the advice issued by the American Academy of Pediatrics discussing the many benefits of play. “When parents engage in play with their children, it deepens relationships and builds a bulwark against the toxic effects of all kinds of stress, including poverty, the academy says.” Furthermore, “in the pediatricians’ view, essentially every life skill that’s valued in adults can be built up with play.”

When I was pregnant, one of the common bits of parenting advice I read was to trust your instincts. And while I do that for most part, it’s still nice, every once in a while, when someone tells you your way is OK. More than OK.

So I’ll let Ryan know the offer is always open. The classes are there if and when he wants to take them. And if not, that’ll be OK too. He will be more than OK.

If you like this article, please share it! Your clicks keep us alive!
Tags
parenting
homework
stress
childhood