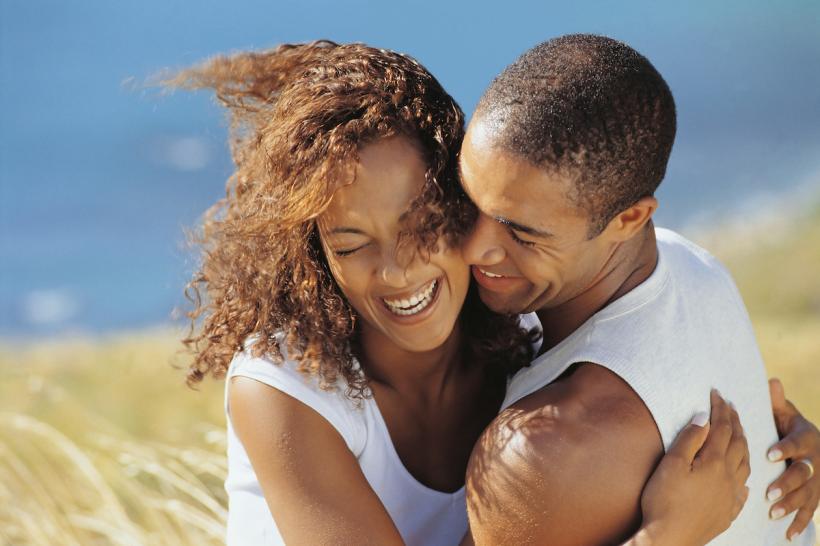 I hadn't been called "Ma'am" by someone I was dating until I moved to the South.

For the last three years, this California girl has been living down South and enjoying all of its southern hospitality. It’s been an interesting experience, to say the least. Besides eating more fried foods than recommended and adding “Y'all” to my vocabulary (that Southern drawl can be quite charming), I’ve added a few notches to my proverbial belt and dated some good ole boys. I wouldn’t say they were all southern gentlemen, but dating in the South is uniquely different from dating northern men. Other than deciding to swipe right for the guy holding a gun, the guy in his truck or tractor, and the guy with his grandma, here are a few things I learned about sex and dating in the South:

I hadn't been called "Ma'am" by someone I was dating until I moved to the South. Where I'm from, people say "dude," "like," and "hella" in nearly every sentence. In the South, people are taught to mind their manners and say "Yes Ma'am" and "No Sir." At first, being called ma'am made me feel old. Now I know it's just something that's ingrained in southerners and I've grown to like it!

The South is steeped in tradition. One of them being Sunday dinners and, more likely than not, church. Dating in the South has shown me that some men really value those southern traditions. I did find myself having to check my attitude once or twice and not respond with things like “You’re going to dinner with your mom again!?” or “Can’t you miss ONE Sunday dinner to go see this movie with me?” In the South, family’s first. It’s one of the things I’ve grown to love.

Since southern men are raised valuing family over almost anything else, many of them aren’t allergic to talks of commitment. They’re not afraid to discuss starting a family and building a home together. Initially, that was one of the biggest surprises for me. Where I’m from, it can be difficult to get a dude to define the relationship — DTR in millennial terms. Like, are we “together,” “dating,” or “in a relationship”? And what’s up with all the wordplay and mind games?

These southern family values can lead to younger marriages and children from previous relationships. I had to adjust my perspective a bit when talks of children and marriage would come up on the first date or sooner. I had to realize that in a southern family, sometimes conversations about work and ambitions take a back seat to discussions about child rearing and religion.

There’s land-o-plenty down here in the South. So exploring the great outdoors is common for a casual date. While the Northern Californian hippie chick in me loves a good hike and chasin’ waterfalls, I’ve passed on fishing dates and muddin’. I’m not afraid to get a little dirty, so muddin’ isn’t completely off base. But the couple times I’ve tried fishing, I freaked out when I did reel something in (which was hardly ever) because...it was MOVING! It was flopping around all over the place. Then I remembered, it’s ALIVE! I’m just not into it.

There are some things that I've only experienced with southern lovers — like receiving a warm towel after sex.

Chivalry is not dead:

Dating in the South has expanded my definition of chivalry. Things I thought only happened on TV have happened since I began dating in the South — including car doors being opened for me, every time, instead of hearing the "beep beep" of the car alarm having been disarmed. One guy I dated was keenly aware of where we were walking, always making sure he was on the side where there was traffic.

Sex with a Southerner:

Sex is different with everyone. It generally doesn't relate to where you're from. However, there are some things that I've only experienced with southern lovers — like receiving a warm towel after sex. The first time it happened, it was random and unexpected. After a little cuddling, he went to the bathroom and returned with a warm wash rag. I thanked him and went into the bathroom to clean up. The second time, he used the warm wash rag and wiped me down. I'm not gonna lie; it was sexy AF.

You can’t talk about the South without discussing racism. As far as race relations, I can honestly say that the South is behind the times. As the birthplace of segregation, it makes sense that it would take a little longer for southerners to not only accept but to embrace diversity. My family was one of the few Black families in a mostly Latin community in a predominately white county. My dating roster looks like a United Colors of Benetton ad, and my circle of friends includes people of Black, White, Latin, African, Asian, Haitian, and Pacific Islander descent. Most of the men I’ve dated while in the South have been black and nearly none of them had any non-black friends. I would often hear “I have a white friend at work," to which I would respond, “That doesn’t count!” The truth of the matter is, there is a ton of self-segregation in the South. Like sticks with like and although that’s not the way I was raised or how I live my life, it’s one of the South’s dirty little (not-so-secret) secrets.

If you like this article, please share it! Your clicks keep us alive!
Tags
Sex
dating
chivalry
the south
dating advice