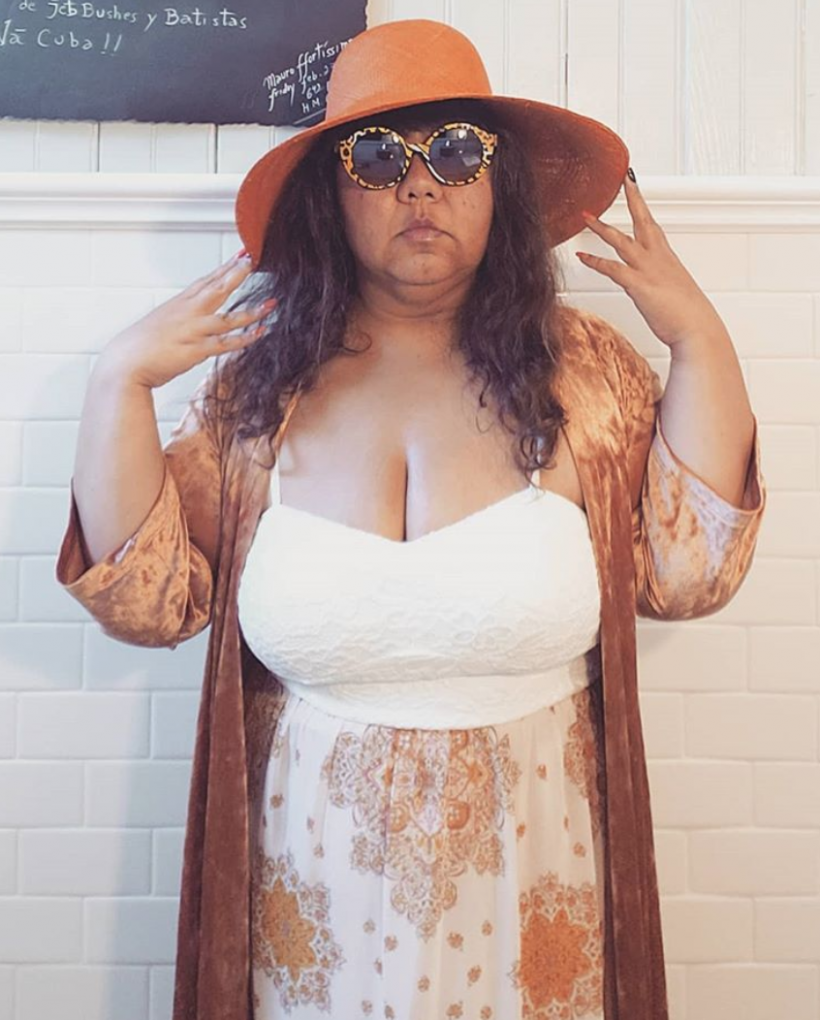 While looking up articles on “direct” versus “indirect” communication the first entry defined indirect communication as something that “happens when a speaker’s true intentions are hidden.”

I’ve been ashamed of my indirect or passive communication style for a really long time. Recently I realized that I was done feeling shame for the way I navigate. I decided that I was going to excavate the history of why I communicate this way - and stop apologizing for it.

I want to share with you some of that communication genealogy work I did. And I would like to specifically talk about the ways that being a fat woman has contributed to being an indirect communicator.

I theoretically understand the value of speaking to someone face-to-face - especially about a difficult or nuanced issue — but I often find it acutely emotionally overwhelming and stress-inducing. Because I’ve been taught that my indirect style of communication is perceived as negative, however, I usually ignore what my body is telling me (that if I say what I really feel that something very bad is going to happen to me) and push through my discomfort. Many people have advised me to do just that because I would feel better afterwards. Usually I do feel a small emotional benefit after direct communication, but I’m not sure that the swell of pride that I feel following a sweat-inducing conversation isn't just a false positive. After all we know that doing behavior that is aligned with social expectations leads to us feeling proud, good or accomplished — similar to the ways that dieters say they “feel better” and it’s difficult to know whether diet behavior has led to that outcome or the psychological reward of social alignment has.

I grew up in a household where direct communication was considered taboo for women – and really everyone who wasn’t the breadwinner (my grandfather). I was taught that women successfully communicate needs and desires through passive or indirect communication. I remember that one of my first lessons in femininity was never expressing an explicit desire to men, but rather hinting and then crediting them with the idea once they picked up on the hints. My grandmother used this strategy in order to navigate her marriage, a relationship where there was a high imbalance of financial and emotional power. My grandfather got to make 100% of the final decisions, and was sometimes punitive if he felt like my grandmother hadn’t been respectful of him.

This might sound archaic, but this gendered communication ideology is reiterated in the best-selling 2013 book Lean In.

Being a fat person has also contributed to my being an indirect communicator.

Fat people are forced to navigate fatphobia. Fatphobia positions fat people as inferior and seeks to make us invisible. When you're a fat person your job is to make your body and your needs invisible.

Growing up, I learned that the key to navigating a fat-hating world was to make myself small. I was punished for self-advocacy behavior. For instance, a boy in my class wouldn’t stop calling me fat. My teacher told me to “ignore” him and when that didn’t work (literally when has that ever worked?) I decided to retaliate by sharpening his pencil down to a nub. I was punished for escalating. I was taught so much shame toward my fat body that I was afraid to call attention to it or ask for care. I remember once a very thin boy in my class shut the door on my arm. The fat on my upper arm was wedged in the space between the frame and the edge of the door. I wanted to go to the nurse’s office after it happened, but I was so ashamed that my arms were fat that I didn’t even allow myself to cry despite the burning pain.

Finally, it is impossible to separate my education as a woman and a fat person from also being a brown person. My racialization has created even less room to navigate the culture from a place of power without fear of negative social or professional outcomes.

I understand why people get frustrated with me when I would rather walk away than deal with an issue in the moment. I myself have met people who are more passive than I am and felt that frustration and longing to understand them. Likewise, I feel frustration that I don’t get to solutions and reconciliation faster, but I promised myself recently I was going to stop feeling badly about taking care of myself. It’s important to remember that people do things that might seem self-defeating because they believe it keeps them safe. There’s a history to our behavior, and you don’t need to know it.

You just need to respect it.

If you like this article, please share it! Your clicks keep us alive!
Tags
Virgie Votar
take the cake
indirect communication
communication
Relationships
advice