The Straggler Struggle Is Real 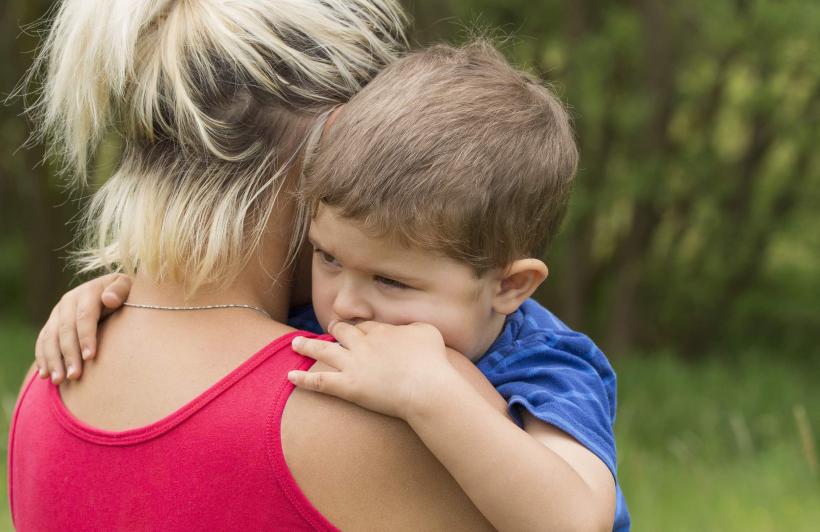 The struggle of having one straggler left at home is real, and I’m starting to wonder if it will ever get better.

After spending a summer with all three of my young children, I thought the start of the school year would be a welcome reprieve from the chaos. Spending three months listening to the screams of children up and down my halls for no discernable reason other than to "make noise” had me more than ready for a break.

While I was sad about my second child starting preschool for the first time, I was also excited to finally get some one-on-one time with my youngest. What I didn't realize, however, was just how hard it was going to be to have my 2-year-old at home alone with me since he’s spent his whole life thus far being entertained by older siblings.

Now don’t get me wrong—I knew it was going to be an adjustment for him. I knew that he would spend some time missing his big brother and sister and might get a little bit bored in the beginning. But I figured it would be a small transitional period, easily smoothed over by lots of bike rides to the park and walks around the neighborhood.

It didn’t take long to see how wrong I was.

Going to the park, which has always been a group activity for him, now leaves him completely uninterested. He will go down the slide a few times, disappointed that there are no rambunctious siblings pushing him down or catching him at the bottom. He is no longer being directed where to go or told what to do, and instead of relishing the freedom, he is seeking to fill the void of constant attention by latching on to me.

He needs me to talk him through every activity as we play at the park. He has to have me by his side while we visit the children’s museum and play with the same wooden train set he has at home. He damn sure can’t leave me alone when it is time to make him lunch. He does not need quiet or rest or solitude. He needs me: all my attention, all my energy, all my patience until every drop of it is gone.

After spending his first couple years with constant companions, my son lacks any independent skills. And the truth is, I can’t compete with the energy level and entertainment he is used to having around him 24/7. I am not up for playing games of chase that last upwards of thirty minutes or engaging in bodyslam wrestling on the couch.

I am too tired, let’s face it.

As much as I love having this extra time with my last baby, if I’m being honest, I could do with a little less one-on-one time so I could at least go to the bathroom without an audience every once in awhile or sit on the couch without being tackled. He doesn’t understand that I still need to do laundry and feed myself and occasionally shower—you know, that I exist and have needs.

The struggle of having one straggler left at home is real, and I’m starting to wonder if it will ever get better. I can’t even seem to get him to sit through an episode of Thomas the Train unless I’m by his side, much less have him play on his own while I brush my teeth. I’m already guiltily looking forward to sending him off to school with his siblings so I can finally catch an actual break, and I feel terrible because I know I should be enjoying this time.

Maybe things will eventually get better—or maybe I’ll just have to keep sneaking chocolate and a good book into my closet while we play hide-and-go-seek. Only time will tell.

If you like this article, please share it! Your clicks keep us alive!
Tags
motherhood
parenting
parenthood
mom
raising kids