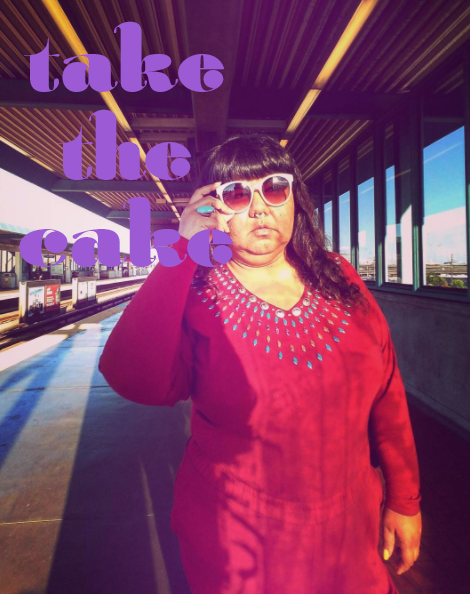 I have been so stressed out about work that I’ve begun to over-produce my even-more-than-usual amount of forehead grease. Too overwhelmed to plan something magical, I sat at our kitchen nook the night before my birthday, wiping my forehead grease through my hair while staring at my laptop. I finally asked BFF Kori at around 12:04 a.m. if she’d have breakfast with me.

We ended up at a cute little spot in Hayes Valley called 20th Century Café. They had pierogis with plum jam and sour cream, which is just literally everything.

Afterwards, I spent most of the day at a rooftop pool owned by UCSF (yes, a medical school) and boy, is that place full of fascism. They had pool and lane etiquette signage everywhere, down to the smallest detail. (Tap the right foot of a too-slow swimmer twice and then pass them, but only at the wall. Please swim counterclockwise. Please wear a cap if your hair is past your shoulders. Please get out of the fast lane if you are passed more than three times.) I decided to avoid the underwater brawl that would certainly have ensued if someone had tapped me on my foot while I was swimming (slowly) on my birthday, and opted into sitting in the sauna and reading tarot poolside.

1. Up with witches and bitches (rudeness is a sacred practice for women and oppressed people).

2. Bubbly water doesn't actually hydrate you, but it's fancy so it's worth it.

3. Don't trust anyone who only quotes things they’ve heard on NPR.

5. Make a joke about pooping or your vagina at a party. Whoever laughs is someone you can trust. Be their friend.

6. Definitely do not turn the other cheek.

8. Read a lot of self-help books and definitely get a therapist if you can afford one.

10. It’s OK if you don’t want to be a parent because you’re terrified that you could hurt another human the way your parent hurt you.

11. It’s OK if you hate being close to people, and you secretly wish that someday you will want to be. But not today.

12. Living as long as humanly possible doesn’t have to be a goal you have.

13. Stranger sex really is better. You’re not making it up. And it’s not because of your abandonment issues.

14. If you have a chance to choose a narrative of success or yourself, choose yourself.

15.  Remember that “success” in our culture means “accepting a pre-fabricated dream of someone else’s construction.”

16. Almost everyone is faking the thing about them you feel most jealous about.

17. A lot more people than you think are bankrolling their career success.

18. There is no such thing as a post-trauma self. Your trauma will always be there, shaping the contours of the beautiful person you are and will become.

19. Things that should not be your top goals: being thin, being nice, being pretty.

20. This one’s from my favorite tarot reader, Ben McCoy: Fate doesn’t favor good people, it favors people who are true to who they really are.

21. No one gets to tell you what you do with your body. Period.

22. Always take the upgrade if it will make you at least 15% happier and costs less than 15% of the original price.

23. Set aside one hour a week to mourn the awful things that have happened.

25. Don’t be friends with anyone who is embarrassed of you.

27. Always ask for twice whatever anyone with more power than you is offering.

28. If anyone ever makes you feel ashamed of feeling angry, slap them over and over again until they never talk to you again.

29. Always know when something is a hustle.

30. Practice following your intuition — tarot, nature, and spending time with people who invigorate you helps.

31. It’s OK not to love someone who loves you more than anyone ever has if you don’t want to.

32. If someone never asks you any questions about yourself, they’re not your friend. Break up with them.

33. It’s OK be a defensive person. You probably have good reason to be.

35. Trust literally no one who hashtags anything #blessed

If you like this article, please share it! Your clicks keep us alive!
Tags
take the cake
bodies
advice
fat positive
birthday advice
life lessons