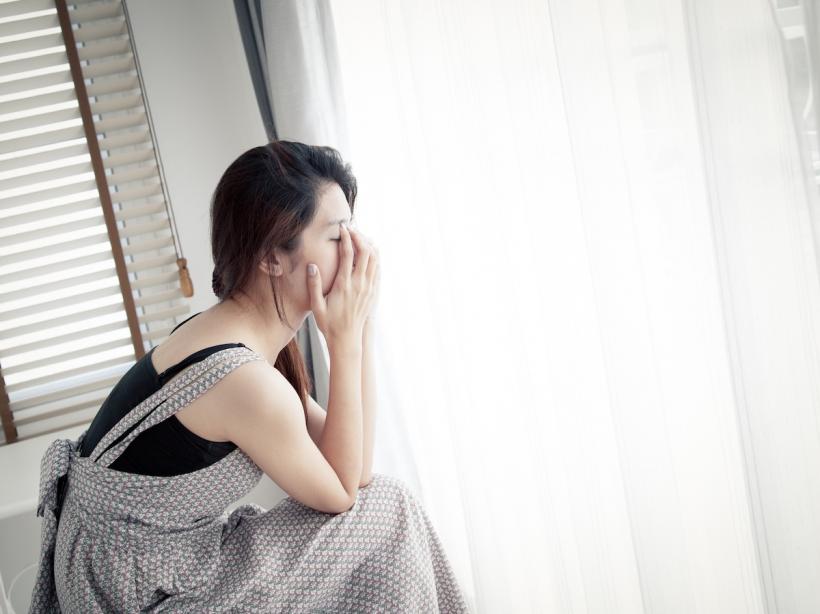 Bottom line: we don’t always know why we’re anxious, and it’s not our fault.

You know those ubiquitous “Keep Calm and Carry On” posters issued by the British government at the start of World War II? The ones that spawned a million memes, from ‘Keep Calm and Eat Cupcakes’ to ‘Keep Calm and Fuck Off’?

Anxiety sufferers hate those posters. We’re tired of being told to calm down, as if we chose to be anxious. If we could calm down, don’t you think we would?

Look, we understand: you’re just trying to help. People who tell us to calm down, chill out, just relax, and stop worrying don’t mean any harm. But just because it’s coming from a good place, doesn’t mean it’s okay. If you’re someone who struggles to know what to say to a loved one dealing with anxiety issues, read on to find out how you can better support them — and what not to say.

Anxiety is one of the most common mental disorders across the globe; researchers estimate that up to one out of every four adults will suffer from anxiety sometime in their life, and one out of every ten people will be afflicted with anxiety each year. Anxiety is the number one mental health issue for women, and the second most common mental disorder in men (addiction is number one for men). Why is it so common? No one really knows. It could be genetic, and it could be the result of a traumatic childhood. People with chronic illnesses are more prone to anxiety, as are those who’ve lost a loved one. Constant financial instability can cause anxiety, as can having a personality disorder, such as bipolar or borderline personality.

Bottom line: we don’t always know why we’re anxious, and it’s not our fault. There’s not always a reason, and we can’t always control it. Therapy and medications help, usually — but not always. It helps to have the support of good friends, as long as they know what to say, and what not to say. And speaking of…

What Not To Say

Here’s a good rule of thumb – and not just for talking to people with anxiety, but in general. Don’t give advice. Telling someone to calm down is advice. Don’t do it. Platitudes like, “don’t sweat the small stuff,” and “everything will be okay” are profoundly unhelpful as well, and can even make an episode of anxiety worse, because we feel angry and frustrated.

Stanford University professor of psychiatry Keith Humphreys tells Huffington Post that so-called ‘tough love’ isn’t the answer, either. So, don’t tell us to suck it up. “Obviously if they could overcome this they would because it would be more pleasant. No one chooses to have anxiety.”

Other things not to say: don’t ask us if you did something wrong, or assume we’re mad at you. You didn’t cause our anxiety, and you can’t fix it. It’s just how our brains are wired. Suggesting that we have a drink isn’t a great move, either — a lot of us can’t, because it interacts badly with our anxiety meds. Also, don’t knock being on medication. For some of us, medication is the only way we can get through the day. Don’t make us feel bad about it.

What To Say Instead

If you absolutely feel like you must say something, Humphreys advises being empathetic. Saying something like, “that must be awful,” or “I’m so sorry you’re going through this” can be comforting. Empathy, says Humphreys, “helps them calm down because they don’t feel like they have to fight for their anxiety. It shows some understanding.”

But the best thing you can do for someone with anxiety is just be there. Show up. We don’t want to be a drag, or ruin your day — but we don’t want to be alone, either. Listening is great, if we feel like talking. Just ask us — “do you want to talk about it?” is a perfectly fine thing to say. Offer to run errands with us, or cook us dinner, or help us wash dishes and do laundry. Having a clean and tidy space can be really soothing during an episode of anxiety — if you come over and give us a hand with housework, we’ll love you forever. Or at least, we’ll really appreciate it.

If you’re not sure what to do, Humphreys suggests offering to go for a walk, working out together, or even joint meditation. Try to take your cues from your loved one who has anxiety. Not knowing what to say is okay; a reassuring hug is often better than any words you could possibly come up with, anyway. Our anxiety is a part of us — so just love us, won’t you?

If you like this article, please share it! Your clicks keep us alive!
Tags
dealing with anxiety
anxiety
anxiety disorders
mental health awareness