Homecoming: The Thanksgiving Tradition Of A Turkey Trot 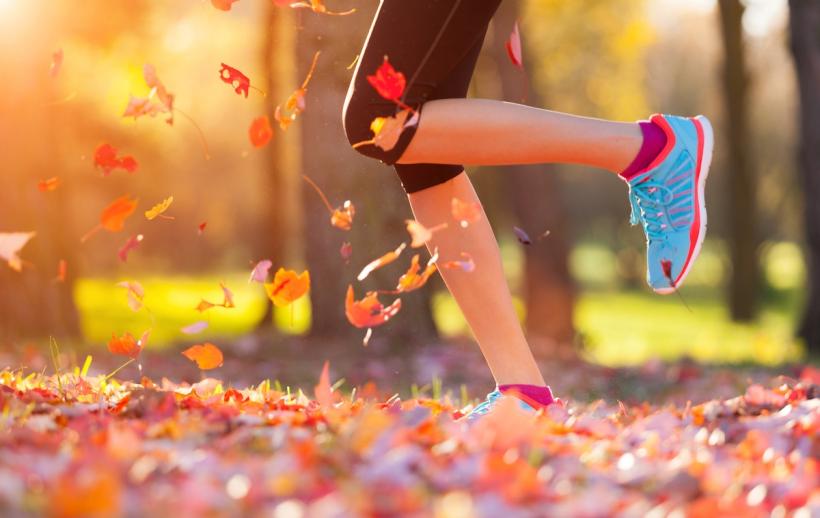 For the past 18 years, my dad and I have run in the local Thanksgiving Turkey Trot together.

I first noticed the way fall and nostalgia go together when I left my New England hometown for college in Chicago. The leaves didn’t look quite the same; the air didn’t smell quite the same. I loved college and was glad to have left high school and suburbia, but deep underneath the cheeks sore from laughing with new friends, I felt a sad ache. As I imagined what the air smelled like back home, I remember thinking, "Oh, that's why they call that football thing in the fall homecoming."

I never attended any homecoming games. I tend to get a little turned off by that kind of ceremonial ritual. More to-the-point, though — I’m not very interested in any football games, let alone the success of my former high school’s team. But I was feeling homesick.

That first fall away from home quietly convinced me that there is something alluring — simultaneously sad and comforting — about the ritual of going home again.

For the past 18 years, my dad and I have run in the local Turkey Trot together. When I was on the track team during college, the race was something of a high-stakes proving ground — a chance to return home, see my high school teammates and coach (who was always standing at the finish line), and display my athletic skills. 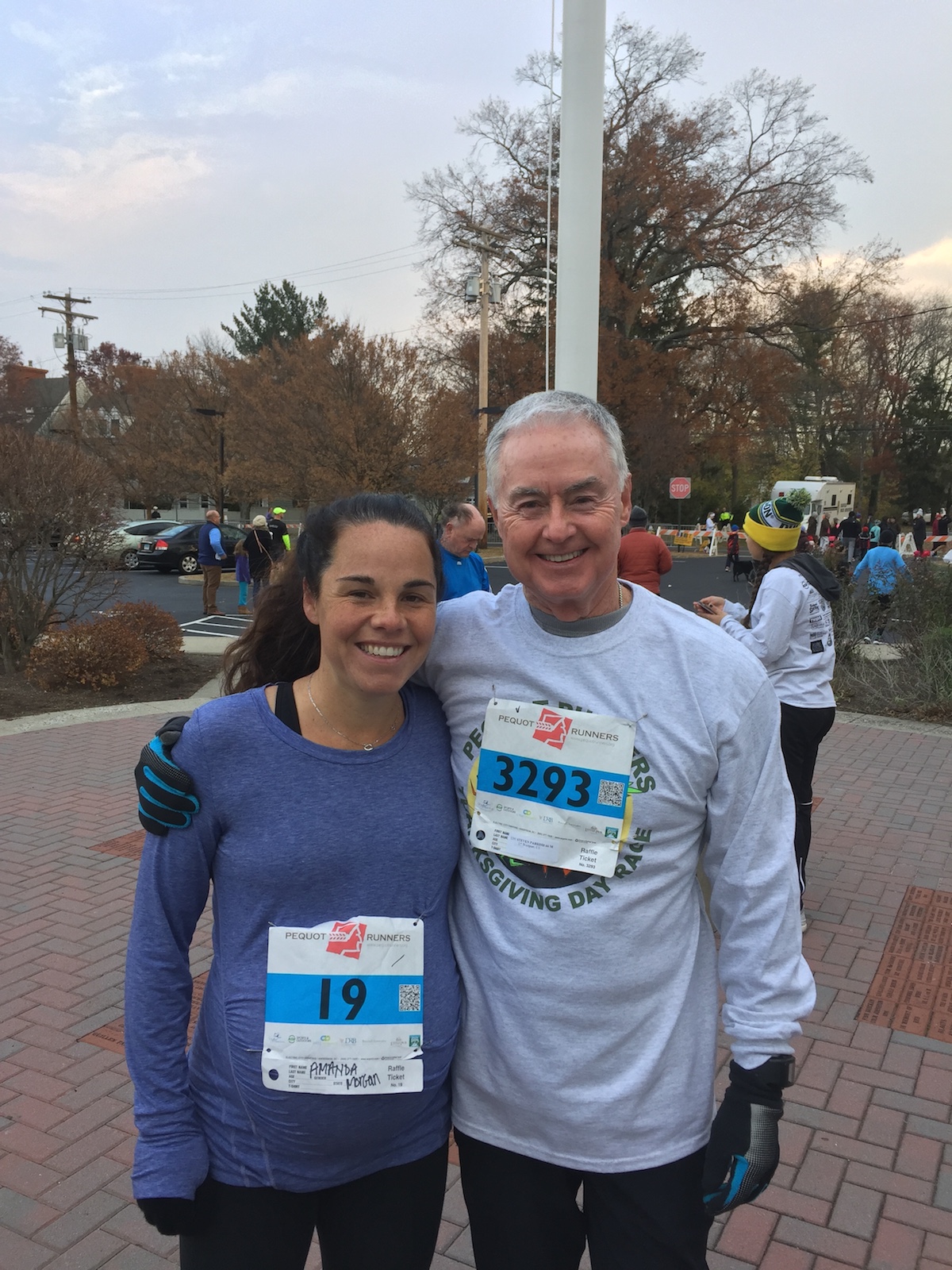 Later, when I was a young teacher, it was a chance to see students cheering with their families — and also still an opportunity to prove myself by zipping past the CrossFit-enthusiast dad who’d questioned the grade I gave his son.

When my husband and I got married and began figuring out whose family to see at which holidays, I protectively guarded Thanksgiving. I didn’t care what we ate, when the meal was served, or if there was football on in the background.

But I could not bear the thought of starting Thanksgiving morning with anything but a five-mile race along the roads of my hometown.

It occurs to me now that some elements of the tradition have already come and gone. In the early years, my dad and I would pick up my best friend and her twin brothers. After the race, we'd all pile back into the car, eager to compare results. Later, we started hosting a pre-race pasta dinner at my parents’ house. My brother would fly in from Minneapolis, and my best friend from work and her partner would join us.

Now, my high school friend lives in Boston and often works on Thanksgiving. When I was 39-weeks pregnant my mom, dad, brother, and I walked the whole race. The next year, instead of a pasta dinner at my parents’ house, we picked up takeout and ate once my daughter was asleep. My work friend and her partner eventually moved further north, and we slowly started to drift apart. The students who used to cheer groggily from their driveways, a little surprised to see their English teacher running by on Thanksgiving morning, are now out of college, adults with jobs and families of their own in cities across the country. These changes shook me a bit.

Last year, I was pregnant again, and my Dad hadn’t been training much, so we figured we’d stop and walk whenever either of us needed to. Instead, we started talking and laughing and counting absurd turkey hats. My hip began to feel a little tight, but we finished the race. It turned out I'd hurt myself badly enough that I couldn't run for the rest of my pregnancy. This in itself was not a big deal — I wasn’t training for any immediate competitions.

But my injury was the first glimmer of awareness that the race, the tradition, was not a given.

Living close to where I grew up and being continually in touch with the people who were so involved in my formative, and even embarrassing, childhood years sometimes makes for fewer opportunities to mark growth and change. It’s not a rush to drive past my high school: I work there. Every week, I pass the beach where we spent summer afternoons as a kid, the driving school where I learned to parallel park, the house where, standing nervously in the corner and counting down the minutes until I could leave, I attended my first party with alcohol and no adults.

The constant collision of family friends, high school teammates, former students, and current neighbors is disorienting. In a way, though, that makes it possible to appreciate the dual nature of nostalgia. In the same moment, I’m eighteen, twenty-six, thirty, thirty-five. Even while I’m superficially in the same place I was so long ago, it’s impossible not to feel confronted with the ways that place — and I — have changed.

Holiday rituals, like any ritual, make it almost impossible to ignore the passage of time. I’ve tried to use running to create the illusion that time isn’t passing — if I can just run as fast as I could twenty years ago, it’s as though twenty years never happened. But time marches on.

Since becoming a mom in the era of social media, I’ve found a lot to bristle at regarding holiday traditions. It’s hard not to feel pressure to keep up with elves on shelves and leprechaun coin hunts —things that were never a part of my childhood but whose elaborately staged presentation is now documented exhaustively on my Instagram feed. I’ve spent a lot of time justifying, if only to myself, that my rejection of elaborate rituals is a feminist act. Whether or not I have a writing deadline or a coaching obligation, I resent the expectation that my time is best spent creating and documenting these kinds of traditions. 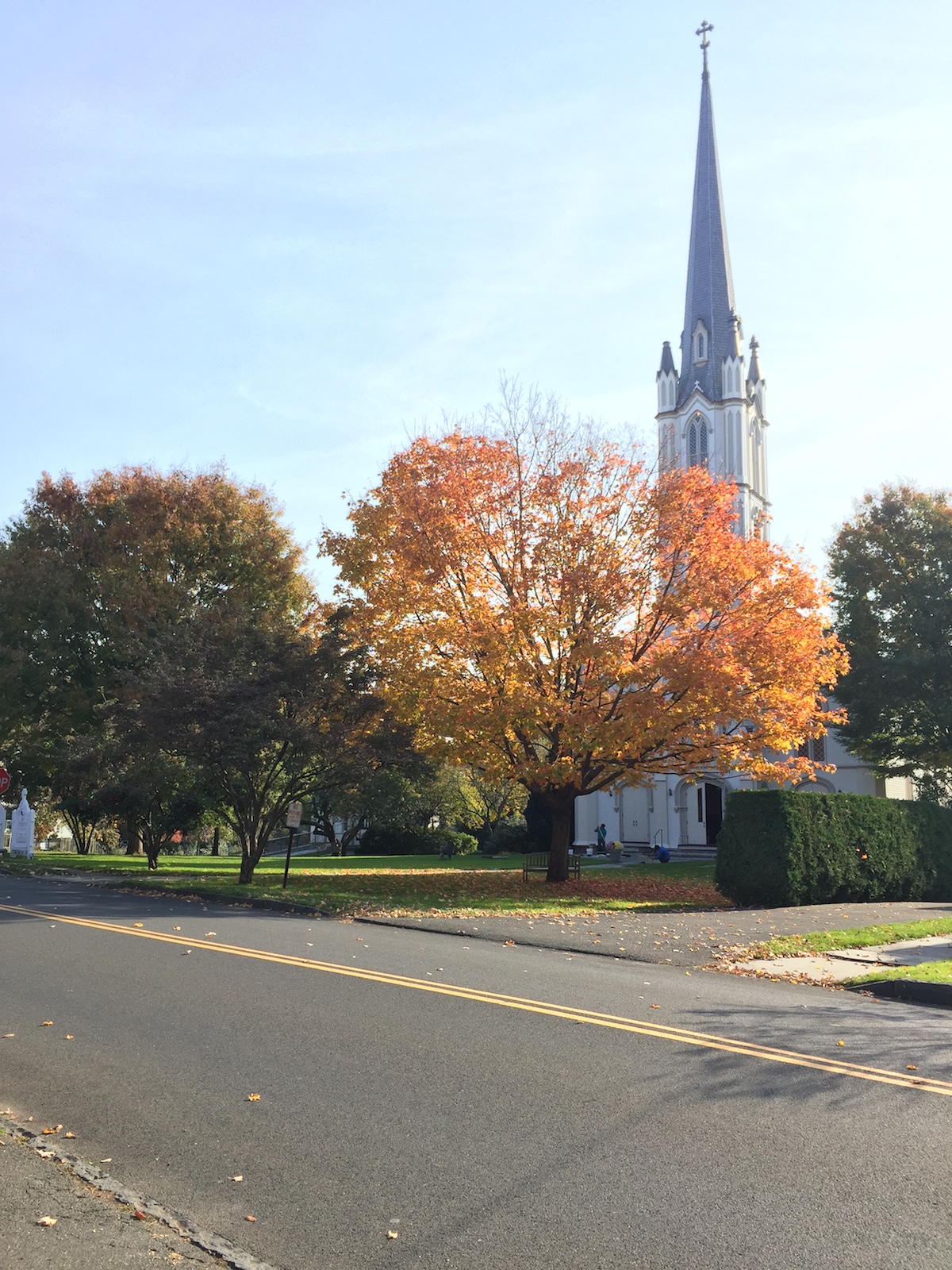 But, as Thanksgiving approaches and I wonder if my hip will behave this year or if my dad will be up for the race, I’ve been thinking about family traditions a little bit differently. I’ve even been reconsidering the traditions I roll my eyes at on social media and feeling a little more aware of the role that women so often play as the history-keepers of the family. We are the teachers of songs passed down, the bakers of recipes served year after year, the instructors in the art of pumpkin carving and milk-dyeing.

It’s easy for expressions of gratitude, especially around Thanksgiving, to become cloying. But, as I watch the leaves change and wonder how many ways Thanksgiving morning will change in the coming years, I think about how nostalgia is deeply connected to gratitude. It’s about having moments happy enough to want to hang on to, a sweetness in time gone by instead of anger, sadness, or fear. That nostalgia of fall is an ache, yes, but a grateful one.

If you like this article, please share it! Your clicks keep us alive!
Tags
father
daughter
family
running
traditions
Turkey Trot
Relationships