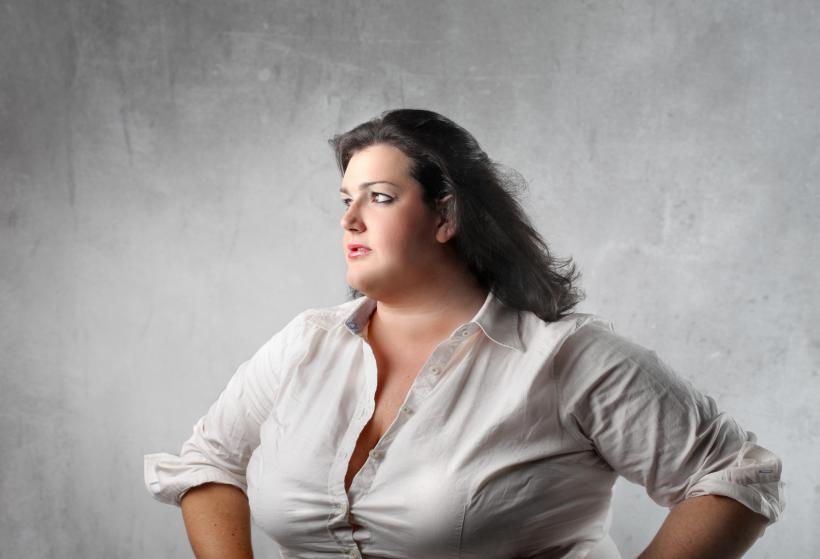 The hypersexualization of bigger bodies rested on this term because it had no implications of health, or "ugliness," as fat does.

I’ve been called that quite a few times and I used to relish in it. The dissociation of the word “fat” and the sexualization that came with it felt uncomfortably welcomed. It made me feel like I was the perfect fat person, like I was the exception to the rule. How exclusive! It was an egotistical balance of knowing that they basically meant Fat but by naming convention, it was more socially acceptable.

Not only is it socially acceptable for the receiving end, but the perpetrator of “thicc" is given a pass in the public eye because it implies that they’re more free-loving and appreciate bigger bodies — but not fat bodies.

I learned that the term “thicc” was fatphobic early in its rise.

The hypersexualization of bigger bodies rested on this term because it had no implications of health, or "ugliness," as fat does.

In fact, “thicc” is so dissociative that people strive for it today. We want big thighs, fat asses, and a little belly. For some reason, for men particularly, “thicc” is becoming more desirable. But is Fat?

In his article Instagays, Please Stop Calling Yourself ‘Thicc,’ for Conde Nast publication, them, Phillip Henry notes that thicc is a “full corner of social media hashtags that actually glorify bodies for not being thin.”

It’s a beautiful escape to be in a space that empowers your body at any size, and as someone who’s participated in this corner, I’ve experienced the positive in living among other “thicc” bodies. But a line is drawn, and fat acceptability doesn’t cross the threshold.

In Henry’s article, most of the bodies referenced are more muscular than fat, fulfilling this “bear” trope in the gay lexicon. In fact, Dexter Mayfield is the only reference of a body outside that norm, and while Dexter’s mention is warranted and long overdue (have you seen his work? He’s everything), his singularity in the article reinforces this idea of being the exception to the rule. Throw in his work as a dancer and one could argue that he is the exception because he’s “athletic.” His exception leads to the exclusion of all the bodies that aren’t like his; that there’s a certain way to be fat.

The rise of “thicc” has placed our Fat bodies lower on the social totem pole, but this equation isn’t new; a socially unacceptable body did all the work, and the socially acceptable body is capitalizing off it.

We rip off Black culture, we rip off Latino culture, Asian culture, Queer culture, and now we’re profiting from the struggles of Fat people. I’ve been called “thick” my whole life and not once was that associated with beauty, sexual appeal, or worth, but Derek & Katie want bigger thighs, and they’re the new standard?

And why do we need to sexualize the term? I ask this as a person who also perpetuates this. Why can’t we just let the term be definitive of an actual body and not attach a social value to it? While the term is used socially in a sexually charged manner, it’s perpetuating the fetishization of bigger bodies. Women have been facing it for years and have been manipulated into feeling “lucky” that people are attracted to them. Now we toss the term around freely, not conscious of the consequences this action has on the mental health of people before, and unwilling to make reparations for the tug-of-war we play with fat bodies just to make them feel accepted.

We already have to deal with the pressure of faking happy, but we can’t be asked to support a cause that narrows the space for our own visibility.

Don’t get me wrong; I think it’s beautiful that people want to gain some fat on their bodies and want to be celebrated for it. I’m happy that the concept of “body positivity” has become a crossover term to the array of bodies that make up our population. But, much like the latter, “thicc” loses its purpose the second we begin commercializing it and reconfiguring its intention.

Not only is “Thicc” fatphobic, but it’s also appropriated.

The top definition on Urban Dictionary lists “thicc” as “the appearance of a very seductive female with a large ass, in most cases, the woman will have a pair of large thighs.”

It’s wise to note that multiple definitions point to this word stemming from the descriptor used for usually Black women. The amount of erasure this word causes grows with each utterance.

Y’all can keep it if you want it, but you need to stop glorifying your level of fat that associates with it. You need to stop valuing an “acceptable” level of thickness and stop devaluing whatever levels go above that for you.

You’re not the only “thicc” person in the game, so stop acting like it.

If you like this article, please share it! Your clicks keep us alive!
Tags
Thicc
fat
Plus Size
Body Positive
bodies