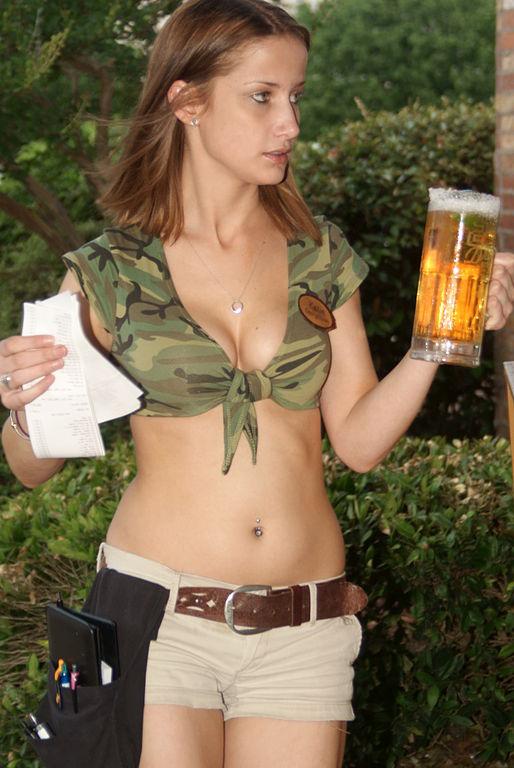 When I was 16 years old I took a hostess job at a breastaurant. (Photo: Wikimedia Commons)

I stood smiling while twirling a hula hoop around my bare waist. It was the middle of February and far too cold for the low-cut crop top and short-shorts that I had on. I hula hooped as an excuse to stand near the fireplace instead of at my assigned station, behind the host stand. An icy breeze suddenly brushed my midriff and I turned to find the father of a childhood friend walking through the door. I flashed a bright smile to cover my discomfort and exclaimed, “Welcome to Peaches.”

When I was 16 years old I took a hostess job at a “breastaurant” — one of those chain restaurants, like Hooters, known for large-breasted servers. I’ll call it Peaches. Although my friends mocked my revealing uniform, I bounced through that restaurant with pride. To me, being a Peaches Girl was the validation I had always craved. Having recently recovered from an eating disorder, working at Peaches felt like a celebration of the body I had previously resented. I felt sexy, confident, empowered.

The notion seemed genius: women profiting from their own objectification.

We were using the doggish nature of men against them, swindling them out of their money by over-charging for low quality food and service in return for wearing crop tops. I loved it.

I loved working with the girls, laughing as they stuffed their bras with dish towels and shot-gunned Red Bulls — so I ignored the male kitchen staff who would wander past our doorless dressing room, pretending to be walking to the bathrooms. I loved sneaking fries and tortilla chips into the host stand with the others — so I ignored that we had to sneak them because the management only allowed us to eat food off of the diet menu. I loved feeling like I was finally benefiting from men sexualizing my body — so I ignored that I was now giving them the power to do so.

Each week, management would rate all of the girls on categories including hair, makeup, uniform, sales, and “tone” (which means body). Whoever had the lowest rating had to stay at work the latest. I started to value myself based off of these weekly rankings. I felt silently devastated every time I ranked last on the “tone” scale.

“I was frustrated watching my friends cry every day over being made to feel they weren’t pretty,” said Ashley, a former Peaches employee. “They overworked us and didn’t allow us to eat when we were hungry…I dropped down to 88 pounds at one point and that’s when I decided I was done.”

Employees were often criticized by management for being too large, with some put on what the girls called “weight probation” — where they were required to lose weight within a certain timeframe or be fired.

“I was fired for my weight,” said Danika, a former Peaches hostess. Danika, a beautiful girl of average weight by any other standards, was repeatedly passed on for promotions because of her size. “The worst part that I experienced was not having my hard work being acknowledged or rewarded.”

The sense of worthlessness created by the ranking system was heightened by the way the customers treated us. During my short time at the restaurant, I saw multiple waitresses asked to “step into the bedroom” by couples they were waiting on. I felt lucky to be a minor because I had an easy out for those advances; however, it didn’t prevent all harassment.

One night when a pair of male customers asked me out, I informed them of my age and they asked, “What does your father think of you working here?”

When I responded that my father had died, they laughed.

“Well that explains it,” they said.

Despite the emotional strain, I didn’t quit. I would skip between tables, focusing only on how proud I was to be wearing this uniform. I was mid-skip one day when my manager pulled me aside. A white man in his mid-40s with a distinct beer belly, he informed me that he was concerned about my weight. He pulled up a photo of me from a few months earlier, pointing to my stomach, and saying that I needed to “get that definition back.” My sister called Peaches the next day to quit for me — I was too embarrassed to do it myself.

The negative psychological effects on female employees are not unique to this particular Peaches branch.

Research shows that girls who work at “breastaurants” like Hooters, Twin Peaks, and Tilted Kilt are more likely to experience depression, body shame, and to internalize cultural standards of beauty.

Before experiencing this environment firsthand, I may have dismissed these results. But, after just a few months of working at Peaches, I found myself struggling with my own body image, sinking back into my old disordered eating habits.

Some argue that women who cannot handle the emotionally taxing experience of working at “breastaurants” should simply steer clear of them. That may be a viable solution on an individual level, but the mere existence of these establishments sends a dangerous message to society as a whole. The environment that Peaches creates teaches women that the only acceptable form of beauty is the spray-tanned, bra-stuffed version that gets you a high ranking; while teaching men that they have the right to judge women by their appearance and that a woman’s value is determined by whether or not they find her sexually appealing.

When I got my first job at 16, I viewed the capitalization of female objectification as empowering. However, after working in such a belittling environment, I have realized that by volunteering our bodies to these kinds of organizations, women are not reclaiming our power. We are sacrificing it.

If you like this article, please share it! Your clicks keep us alive!
Tags
body image
body shame
breastaurant
Hooters
objectification
Twin Peaks 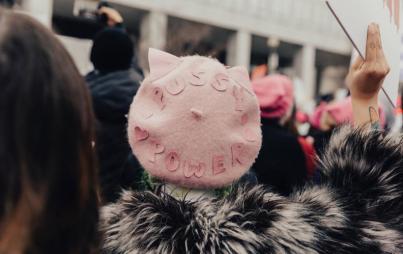 Take The Cake: Do We Support Thin Feminists More Than Fat Feminists?