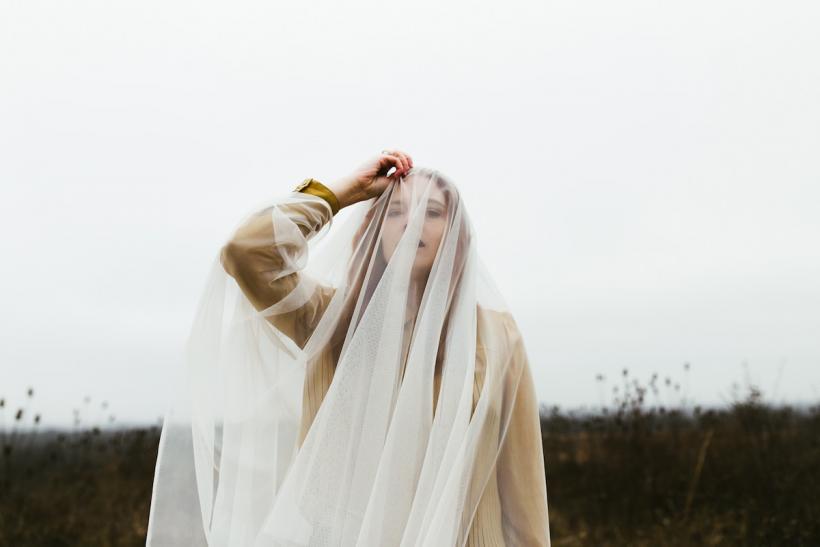 "At times, it feels like a silent horror movie is being played out in my head, one that I am a part of but have no control over." Image credit: Beth Solano via Unsplash

How many times have you heard someone refer to themselves as “being OCD” while they straightened up a picture hanging on a wall or adjusting the TV volume to an even number? The public perception of obsessive compulsive disorder doesn’t line up with how it manifests in everyone. In fact, when I posted on one of my social networks about having trouble writing an essay about my OCD, a friend suggested I do some cleaning to “get in the mood.”

In all seriousness, there’s a side to this disorder that isn’t discussed enough because it’s uncomfortable. It’s uncomfortable for those of us who struggle because we’re afraid of being judged, and it’s upsetting and disturbing to hear that a friend or family member is experiencing it. Hell, I’m uncomfortable writing about it right now.

Intrusive thoughts. There, I said it. Most of us have had them at some point. Maybe you’re driving down the highway and an image of your car veering into the guardrail and spinning out flashes into your mind. It’s brief and disturbing, but you shake it off, perhaps literally, giving your head a quick shake at the strangeness of it. Then, you move on.

For some of us, however, moving on is harder. I have what’s known as Pure Obsessional OCD — or "Pure O" — a little-known subset of the disorder. Little-known enough that it isn’t listed on the Mayo Clinic website. I don’t really have tics or visible compulsive behavior.

You’ll never see me cleaning the toilet with an old toothbrush or washing my hands 52 times a day; all the fun happens in my active little brain.

According to the OCD Center of Los Angeles, for people with Pure O, “obsessions often manifest as intrusive, unwanted thoughts, impulses or “mental images” of committing an act they consider to be harmful, violent, immoral, sexually inappropriate, or sacrilegious. For individuals with Pure Obsessional OCD, these thoughts can be frightening and torturous precisely because they are so antithetical to their values and beliefs.”

I suffered silently with this disorder for years without realizing it could be OCD. At times, it feels like a silent horror movie is being played out in my head, one that I am a part of but have no control over. In that movie, I lose control of the knife I’m using to cut grapes and stab myself or my children in the eye. Or I lose control of my body while looking in the mirror and suddenly smash my forehead into it, shattering the glass and shredding my face with the shards. Pleasant, right? It gets worse — since giving birth to my children, I have experienced images that horrify me even more, images that make me want to throw up even discussing or writing about them.

I’m writing about them here, though, because if I can help one person out there going through the same thing right now, it will be worth it.

Images of molesting my children have haunted me for years. Until I was diagnosed with OCD in December of 2016, I secretly worried that I was a pedophile waiting to be unleashed. I went through long, horrifying periods of time when I hated myself, when I thought I was pulling the wool over everyone’s eyes. I was a ticking time bomb, and I spent hours imagining scenarios where the unspeakable happened, and I killed myself out of sheer anguish or turned myself into the police.

Holding those images in my mind, ruminating over them and feeling ashamed of them, only serves to give them power.

It’s interesting — while I’ve only had these images involving children since having kids of my own (my stepdaughter didn’t trigger these types of thoughts), I’ve had other obsessional thoughts throughout my life. Some of them related to losing my parents which, as an only child, I just attributed to a general fear of abandonment. Looking back, though, I understand how obsessive my thoughts were. I would spend hours late at night imagining scenarios, getting so worked up that I was sobbing into my pillow. Before that, it was images of harming my pets. In hindsight, I've realized this has been happening for years.

One of the most challenging elements of Pure O is how isolating it can be. I spent years holding these thoughts and images inside me, for fear of alienating my friends and family, of losing them because they thought I was an awful person.

Then, once I had been diagnosed and started to open up about my OCD, the reactions I got from friends and family made me want to clam up all over again. Not because my friends were horrified at me, but because they were horrified for me after hearing the types of images that often manifest in my brain. I understand the reaction; it must be disturbing to know someone you love is suffering so much internally.

Thankfully, I actually have a friend with the same diagnosis. I’ve known him for 12 years, known the whole time that he had OCD, but never spoke to him about it. When I was diagnosed, however, I reached out to him. The more we talked, the more we realized we were suffering in the same ways. It’s been invaluable to me, having someone I could confide in who wouldn’t be disturbed by the images I was sharing.

These days, I take medication to help reduce the frequency of those horrible flashes, to dull the edges of them. I don’t love being on meds, but it’s worth it if they help me gain some perspective and peace. The weight these thoughts placed on me and my life was a heavy one. I try not to dwell on them very much, and those pills I take every night help with that. Holding those images in my mind, ruminating over them and feeling ashamed of them, only serves to give them power. By shining a light on them, I hope to prove to myself that I am not my monkey brain. It’s hard, though.

If you like this article, please share it! Your clicks keep us alive!
Tags
OCD
mental illness
intrusive thoughts
medication
parenting