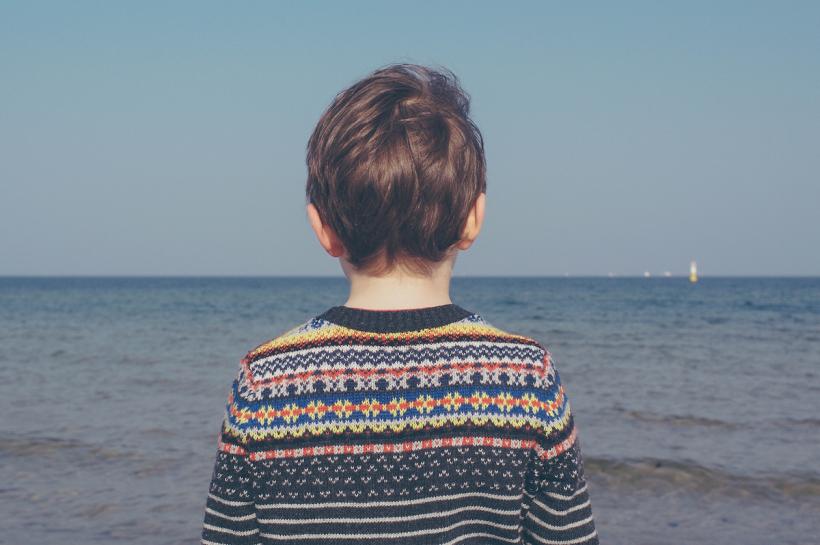 Photo by Michał Parzuchowski on Unsplash

My four-year-old son loves Legos, rocket ships, and his big sister (not necessarily in that order). He also loves hair bows, sequins, and his sister’s dresses.

This love of so-called girls’ clothing is not new. He’s been proudly parading around in his sister’s too-big dresses and skirts for the last couple of years. He regularly heads off to preschool adorned with colorful headbands and the tiniest little tuft of a ponytail sticking up off the top of his head.

Seeing him play at home in this way brings me so much joy. He’s a big, solid boy, and there is something endearingly sweet about his chubby arms and legs poking out of the lacy edges of a brightly patterned dress.

Still, each time he approaches me ready to leave the house in one of his ensembles, his eyes sparkling with excitement and pride at his wardrobe choices, a little hand reaches out from somewhere inside me, grabs my heart and squeezes. Inevitably, I hesitate, unspoken thoughts swirling in my head that I hope he can’t sense or see hiding behind my eyes.

“Is this OK?” A concerned voice whispers in the back of my head.

I don’t like any of these questions, especially the last one. I’m an unapologetic feminist who writes about the history of ancient Goddess worship, and I get wildly talkative about the sacredness of all things feminine with anyone who will listen. But still — when I see him standing in the hallway, swinging his skirt back and forth with a shy smile on his face, that invisible hand grabs my heart and won’t let go.

When I found out I was pregnant with his big sister nearly eight years ago, I was excited for the opportunity to raise an empowered girl in a culture that regularly devalues women. “Bring it on, world!” I thought.

The world seemed ready to support me, too. I’ve found tons of resources, toys, and general inspiration related to empowering girls. My daughter’s bookshelf is crammed with inspiring stories, too, many of them gifts from relatives: Goodnight Stories for Rebel Girls, She Persisted, Strong is the New Pretty — we’ve got them all.

Apparently, there’s a good percentage of us who want our girls stronger, bolder, and louder. I’ve seen less evidence that we’re willing to let our boys be quieter, softer, and more appreciative of beauty — all traits that have traditionally (and fairly or not) been associated with the feminine.

When my son was born, I thought I’d have to wage a different battle. Without even knowing it, I’d fully bought into the “boys will be boys” stereotype. I figured he would be aggressive, wild, and potentially violent, and I’d have to spend lots of time teaching him how to be compassionate and considerate of others.

That’s not the son I got. I got one who is sweet and kind, and intimidated by aggressive play.

I also got a son who unabashedly loves beauty: He’s the first to admire a colorful flower, and he regularly notices and compliments me and others on our clothing.

I adore his tender heart, but I often wish that the world around me loved sensitive, sweet boys as much as I do. The recent backlash against the new Gillette ad is just the latest example that the world definitely does not. And given my background and research interests, it probably isn’t surprising that I can see this through the lens of patriarchy.

It’s easier for us to urge girls to be strong and brave and pursue careers in science and math and engineering; all of these things have been traditionally viewed as more masculine, and are, therefore, highly valued by a patriarchal system. As a culture, however, we’re a lot less willing to tell our boys to admire beauty or willingly take up less space, and we’re definitely not encouraging them to wear things that are “girly.” Our girls can be more like boys  —  but for goodness sake, don’t let our boys act like girls.

Am I dancing dangerously close to outdated gender stereotypes even when I’m consciously trying to do the opposite?

Of course. It’s kind of hard not to. I guess what it comes down to is this: I want my children to be able to be who they are, and it feels like more of an uphill battle with my son than with my daughter.

I’ve also noticed a desire, in myself and others, to want to label him. At my son’s annual check-up last year, he looked up from the game he was playing on the floor and complimented me on my shoes. The pediatrician, who is the mother of a transgender child, raised her eyebrows and asked me if he likes fashion. I told her that he did. She turned to him then and asked him directly if he felt like a boy, or a girl, or he wasn’t sure. He thought for a moment and then said with clarity and confidence, “I feel like a boy.”

Similarly, when I went looking for books about boys who like dresses or girls’ clothing, I could only find one  —  but it, too, was about a transgender boy, a boy who declared that he felt like a girl on the inside.

Whoever he is, I will love him exactly as much as I do now.

But right now he’s just a four-year-old. Yes, he loves girls’ dresses, but he also loves super heroes and sports and puzzles. While he dislikes aggressive play and is intimidated by weapons, he also dislikes a whole lot of other things, like naps and most green vegetables.

He’s a kid who happens to like dresses. He doesn’t need labels or further analysis; maybe he just needs to be surrounded by people who are courageous enough to let him be himself, no matter what.

Preschool teachers think he’s adorable when he shows up to school with his headbands and hair bows. The only hostile look he’s ever received is from a preschool dad, who kept staring at my son’s skirt (and me) with a look of incredulity as he hastily hurried his own son into a different classroom.

Tellingly, the only direct comments I’ve heard have come from older boys, too, right here in my progressive Northern California community. It’s only happened a few times, but the encounters have been the same: A boy who will look at my son’s headband or skirt with some confusion, then turn his attention to me to declare, “Boys don’t wear [fill in the blank].” This tells me a lot about gender stereotypes among our youngest; while it’s unlikely that anyone would ever tell my daughter that she can’t wear a sports jersey, apparently certain rules are still alive and well when it comes to our boys.

When I hear comments like this, I do the best I can to ignore the little hand still squeezing my heart, and I say firmly, “Maybe for you, but not for us. In our house, we wear whatever we want.”

It gets easier each time.

If you like this article, please share it! Your clicks keep us alive!
Tags
gender stereotypes
raising boys
gender
toxic masculinity
kids clothing

When Will The World Love Sweet, Sensitive Boys Like My Son?
Elizabeth Kelly