Are Your High-Intensity Emotions The Reason You're Exhausted? 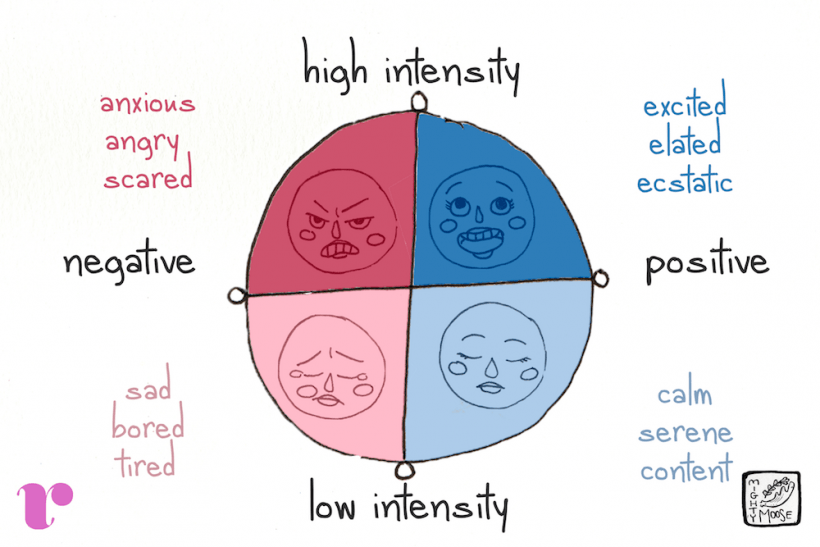 The most outrageously volatile argument my husband and I have ever had was over a trumpet. To be fair, the argument was less about a trumpet and more about parenting and failure, and fear and control, and about the very fundamental nature of our marriage.

I mean, it was actually just about a trumpet. But by the time the argument was over, I was certain our marriage was a monumental mistake, that he didn’t know me at all, that we were doomed to divorce.

The trumpet was a very costly, professional Yamaha Xeno that we bought for our son, my son, the middle of the three children that are the only productive thing that came out of my first marriage. The argument was about whether or not we should give him the trumpet as soon as UPS delivered it in September, or wait until Christmas when it could be given more ceremoniously as a gift.

I couldn’t wait because I have no patience. My husband believes in delayed gratification because he’s an adult.

Who would have thought that a trumpet could erode a marriage from granite boulder to dust?

We didn’t call our respective attorneys; we worked it out. Our son got the trumpet in September, because I pitched a fit, and we got four bills from our couple’s counselor for $180 a pop. The couple’s counselor got a two-week self-discovery trip to India, funded not in small part by my being completely irrational.

Right now, people like me are thinking “oh yeah, that could totally happen,” or, at the very least, nodding in agreement.

We are the people that feel everything. Every emotion isn’t just an emotion; it’s a cause for hysteria or panic or elation or paralytic anxiety. Every feeling is of the highest-intensity, or not a feeling at all.

Related: You Aren't Lazy — You're Just Terrified: On Paralysis And Perfectionism

There isn’t a middle-ground here, no ebb and flow of stress, no uncomplicated joy or sorrow in an everyday situation. There is only the most exhausting, most labile of emotive response.

Part of this response, I think, comes from inside me, from a fundamental genetic makeup over which I have no control. Part of it is, no doubt, a feature of bipolar disorder, the tip of the iceberg of hypomania or utter hopelessness that meds just can’t seem to contain. Part of it is just that I’m a feeler.

I feel a Zillow commercial where a dad is holding his baby, talking about the home they bought in which he’ll make weekend pancakes for her. I feel a house I see on Zillow. I feel every even remotely passionate email that lands in my inbox. I feel every argument with my husband like it’s the last argument we’ll ever have before our marriage lies in ruin.

And it is exhausting.

For you head-nodders, is this how every day feels to you?

While the rest of the world is a little stressed, or kind of irritated, you’ve had a tension headache for seven years; you’ve screamed until your voice cracked and you fell to the floor in desperation.

While everyone else is feeling like things are pretty okay in their marriage right now, your heart rate is double the average as you feel like the luckiest person alive.

Your kids aren’t just your kids; they are the only reason you can go on existing.

Your house is either a complete, unrecoverable disaster or whatever the opposite of that is.

This version of feelings, the one where they are all perilously close to the edge of reason, is the only version I know. It’s the reason that the end of the day feels like the end of a marathon.

These so deeply felt emotions are also the reason I am so good at loving.

It’s hard because when the rest of the world is just tired at the end of the day, I have been drained until there is no part of me that doesn’t hurt, from my nagging headache to my weary heart.

This kind of high-intensity emotion isn’t good for you so, I guess, given the opportunity, I’d forgo it. But this is the only version of me that I know. As much as I am exhausted by love and anger, anxiety and fear, as much as I am often embarrassed by my inability to regulate the most simple human emotion, I am tender and kind. I work tirelessly. I love deeply.

It is exhausting, but it is the only way I know to be.

A bipolar, body-positive bread enthusiast with a fucked-up pretty much healed ankle and a history of disordered eating, continues to try to figure shit out.

If you like this article, please share it! Your clicks keep us alive!
Tags
Beyond Before & After
BBA
stress
anxiety
emotion
cortisol
adrenaline