Why Diverse Genre Fiction Is Important, And How To Get It Right 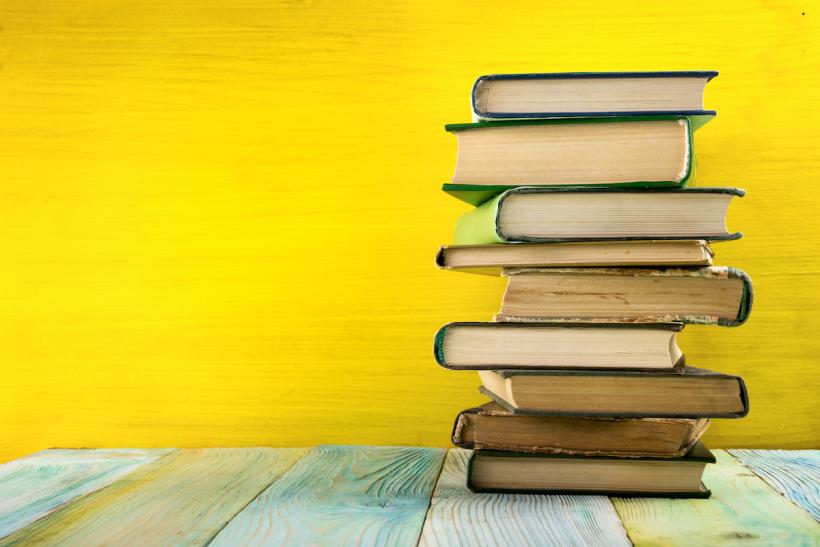 Genre fiction is all about knowing what has been written in the canon previously, what current trends are, what audiences are excited about, and what hasn’t yet been done.

Genre fiction — such as romance, historical, fantasy, science fiction, mystery, and horror — has the same problem that all of publishing has: It isn’t diverse enough.

Conversations have been abundant about diversity in children’s and young adult literature (which are often categorized as their own distinct genres) and the We Need Diverse Books movement and organization were created to find solutions to the problem. But #WeNeedDiverseBooks definitely applies across genres, and it matters in genre fiction, too — both for the kids and teens who are reading it (particularly when it crosses genres, such as historical young adult or children’s fantasy) and for the adults who are shaping our culture for the next generation.

Diverse genre fiction shares a lot with diverse literature, in that a lot of the challenges are the same. We still have to ask a lot of questions about who gets to tell what stories, what kinds of books and authors are published, what it means to get it right, and who is on staff at the publishing houses that produce genre fiction. The difference comes in the rules of each genre, and how writing marginalized characters ties into the canon of a particular genre.

Writing genre fiction always requires research. The same can be true of a lot of contemporary fiction, too. The fact is that no matter how closely a novel is tied to your personal experience, unless it’s a memoir, it isn’t going to be one-hundred-percent your experience, and that’s it (and even memoirs might require some research). Genre fiction is all about knowing what has been written in the canon previously, what current trends are, what audiences are excited about, and what hasn’t yet been done.

Mackenzi Lee, author of The Gentlemen’s Guide to Vice and Virtue, did a lot of research about the time period during which her young adult historical fiction novel is set. The novel includes main characters who are queer, people of color, and disabled — and many of those identities were erased from our written recordings of history, or differed within historical context from how they’re recognized today.

Since genres already break so many limitations and boundaries — like historical fiction, which is a reimagining of a world we weren’t alive to see, or fantasy, which can literally create a world that doesn’t exist — it’s the perfect place to reconsider marginalized communities’ place in the world.

“When reading about things like sexuality in history, it’s so difficult because the concept of sexuality itself is a modern one — not only were the ideas about sex and relationships between same gendered couples different, but the people from the time period had no concept of having a sexuality,” she says. “The biggest challenge for me was reflecting a world and viewpoints of the world around them that was both accurate to the time period but accessible for contemporary readers.”

Amy Rose Capetta, author of Echo After Echo, a queer murder mystery set in the theatre, believes that writing diverse genre fiction comes in after you’ve taken stock of the existing canon. “It’s important to examine the genre, and the tropes, and the patterns,” she says. “Portraying marginalized characters with authenticity isn’t just about dropping them into the established narratives and going home. It’s about taking those narratives apart, twisting them around, finding new ways in and new ways out.”

When you’re writing diverse genre fiction, you may be world building, depending on the genre you’re writing and how you’re approaching it. World building gives a writer the authority to make decisions about marginalization and oppression, and address questions like: Does racism exist in this world? How are people with disabilities treated? Is the world heteronormative, and does a gender binary exist?

“A lot of genre fiction demands some degree of world building, which can present some real challenges in terms of keeping marginalized identities distinct without falling into the trap of exploiting or exoticizing their characteristics,” says Caleb Roehrig, author of Last Seen Leaving, a queer young adult mystery.

Part of getting it right when it comes to marginalized characters, whether they share your identity or not, is in creating these rules. “With genre fiction, there’s an expectation that you have to justify why a character is part of this group,” says Corinne Duyvis, author of Otherbound and On The Edge of Gone, and co-founder of Disability In KidLit. Duyvis’ science fiction and fantasy novels include queer and autistic characters. “Genre fiction is also generally more plot driven than contemporary tends to be.” Duyvis says that readers often question what a character’s identity ‘adds to the story’ as a result, particularly if it isn’t tied in with the plot. According to Duyvis, “That leads into the idea that privileged people are the norm.”

Research is also more than a step in the process; it’s integral to the writing. “I don’t just research at the beginning,” says Tomi Adeyemi, author of the upcoming Children of Blood and Bone, an epic fantasy with a primarily black cast of characters. “As new drafts come in I continue to research specific elements. Research should be an ongoing process.”

It’s worth investing in sensitivity readers.

Whether you share an identity with your characters or not, sensitivity readers — people whose job it is to read the manuscript for issues of representation and marginalized identities — can be a key component of writing diverse genre fiction. They’re important when you write outside your identity because real voices and personal experiences can shape your work beyond your research. “If you base your entire portrayal of a character on your research, it’s going to be limited,” says Duyvis. “You’ll never understand it as well as someone who actually lives it.”

They’re still important when you write about a marginalized identity you share, because it’s possible to have internalized oppression and because every marginalized identity is made up of individuals, who will have vastly different lives and experiences. Even if you’re Deaf, your experience is still personal and doesn’t speak for the entire Deaf community, and the same can be said if both you and your protagonist are trans and Mexican.

“I don’t think I will ever write something without prominent characters of color. I could put out a book a year for my whole life, and it still wouldn’t be enough.”  — Tomi Adeyemi

“We all bring different lenses, viewpoints, and biases to our work, and thus can unintentionally cause harm or show disrespect in our stories,” says Julie C. Dao, author of Forest of a Thousand Lanterns, a fantasy novel that draws from Chinese folklore.

“My books often involve an identity I know first-hand (like being Mexican-American) and one that I don’t,” says Anna-Marie McLemore, author of The Weight of Feathers, When the Moon Was Ours, and Wild Beauty. McLemore writes science fiction and fantasy and magical realism. “Getting it right involves both doing a lot of reading and then consulting members of the communities I’m writing about. My guiding star is always the same: am I taking the care I would want someone else to take while writing about my communities?”

Write for your marginalized readers.

Many authors talk about writing the books they wanted to see growing up, which is central to the #WeNeedDiverseBooks movement. The same can be said of thinking of your readers while writing — particularly your marginalized readers, who may have never seen themselves in a book.

“My happiest author moment so far has been hearing from a reader who identified as queer and suffered from chronic illness and they never thought they’d see themselves represented in the historical adventure novels they love,” says Lee.

Adeyemi has gotten a lot of feedback from young black girls, particularly about her book’s cover, which prominently features a black heroine. She set out to write Children of Blood and Bone as an answer to racism she witnessed after the release of the The Hunger Games movies, when moviegoers were disappointed that Cinna and Rue are black characters.

“I’m going to write a story so good that is all about black people, and it’s going to be so good that you have to read it or you’re going to be missing out on the conversation,” Adeyemi says. “I don’t think I will ever write something without prominent characters of color. I could put out a book a year for my whole life, and it still wouldn’t be enough.”

Genre readers have a particularly hard time finding themselves in a book, since it already might be more difficult to find an enjoyable title in their preferred genre, never mind one that includes them. “I was starved for suspense novels in which someone like me could be the hero rather just another victim,” says Roehrig, speaking to the trope that LGBTQ+ characters are often victimized in mysteries. “I decided to write the book I wished I could have read back then.”

And readers notice who genre fiction authors are, too, and who is allowed to tell stories in the publishing world. “Young writers have reached out to tell me how happy they are to see a Vietnamese-American author (there aren’t many of us in publishing!) and how it inspires them to pursue their own dreams,” says Dao. “Many Asian parents do not view the arts as a viable career option, so it can be lonely to pursue the creative field without family support.”

Genre fiction may not always be diverse, but it’s a great place for diversity.

According to Capetta, genre fiction is “about deviating from the accepted narrative of what the world is, and how people should move through it.” Since genres already break so many limitations and boundaries — like historical fiction, which is a reimagining of a world we weren’t alive to see, or fantasy, which can literally create a world that doesn’t exist — it’s the perfect place to reconsider marginalized communities’ place in the world. Genre fiction may often fall back on the canon of each specific genre, but it doesn’t have to; it’s up to genre fiction authors to look beyond what has traditionally been created, and who was behind those creations.

“Don’t be afraid to write the kind of stories you love most, no matter how fantastical or epic, starring people who are just like you,” says Capetta. “There’s always the fear that people will show up for your pain and tragedies but not your magic, your power, and your love stories. Genre fiction always exists in relation to what’s considered ‘real,’ but it skirts those boundaries, it pushes at them.”

Can Leaving Me Out Of Girls Be A Good Thing?

Where Are All The Fat Women In The Handmaid's Tale?

If you like this article, please share it! Your clicks keep us alive!
Tags
Books
reading
diversity
representation
LGBT
race
disability
identity