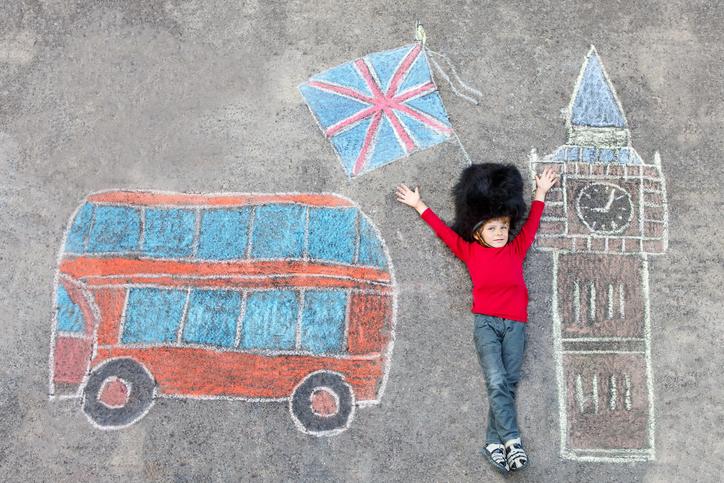 The world is inherently full of risk, and to be honest, travelling doesn’t elevate that risk much.

My mother called me the morning after the terrorist attack where three men rammed a van into pedestrian traffic on London Bridge before stabbing people at nearby businesses, leaving eight dead and 48 others injured. It was the second attack in a mere two weeks following the Manchester bombing at an Ariana Grande concert — an attack aimed at children, killing 22. My stomach was churning with a mixture of grief and anxiety. My 6-year-old son was set to fly to London without me or my husband in less than a week.

“Are you sure you still want me to take him?” my mother asked.

I had to pause before I answered her. The truth was, I wanted to say “no.” I could feel my anxiety mounting, and knew that the two week trip would leave my nerves completely shattered as I dreamt of masked knife wielders, suicide bombers, and my son without me — in an unfamiliar city — facing death.

I have struggled with anxiety all of my adult life, a condition which became nearly debilitating after my son was born. I would wake him from naps because I couldn’t leave him alone and would constantly disturb him, fearing SIDS or kidnappers or horrors unknown. I read every article I came across concerning the death of an infant or toddler, certain that one of these countless tragedies would eventually bring me to my knees. I would cry during long car trips to visit my mother, sure he was dead when I could no longer hear him babbling. I would often pull over to the side of the road in a panic. The scene of him blue-faced and unconscious was already so vivid in my mind that I would be shocked to find him smiling, breathing, completely unfazed by my delirium.

In the end, I simply couldn't justify denying him such an amazing opportunity because of my own trepidation.

Every bad thing that could happen in the world, I imagined would happen to him. It was exhausting and terrifying. There were so many stories of horrible things happening.

Though my anxiety lessened slightly as he grew, the stories of gunmen and terrorist attacks always loomed large in my mind. I could secure furniture to the walls to stop him from being crushed to death. I could take him to the doctor’s at the first sign of illness. I could keep him relatively safe in our home where most tragedies seemed predictable and preventable.

But outside those walls? I couldn’t control the world. I couldn’t stop terrible people from doing terrible things.

In the weeks before I sent him to London, that fact that I couldn’t guarantee his safety was more apparent than ever. The thought of sending him on a 10-hour transcontinental flight without me was hard enough. Having to do so in the wake of two terrorist attacks was nearly inconceivable.

Yet after my long pause on the telephone, I ultimately told my mother “yes.” Yes, she should still take him. Yes, he should go to London in spite of the terrorist attacks. Yes, he should have adventures and travel and enjoy his life, even if it scared me half to death.

In the end, I simply couldn't justify denying him such an amazing opportunity because of my own trepidation.

The truth is, I made the decision to send my young son abroad with my mother, despite the terrorist attacks and my persistent anxiety, because I knew it was the right thing to do. I knew, logically, that my fears were largely unfounded. Yes, there had been terrorist attacks. People had lost their lives. It was a horrific thing. But did it really make sense to put my son’s life on hold because of the abysmally small chance that a terrorist attack might happen while he was abroad? Of course not.

In fact, there were a million other things I could be more reasonably worried about. He could get in a car accident. He could fall ill. He could get kidnapped or get lost in the woods at Sherwood Forest or drown while at the swimming pool even while my family stood watch. He could get struck by lightning (I mean, seriously, it’s more statistically probable than falling victim to a terrorist attack while traveling).

The world is inherently full of risk, and to be honest, travelling doesn’t elevate that risk much.

So I chose to let him revel in new experience, to let him learn and explore abroad instead of cowering in fear of terrorism. I refused to let my anxiety rule my life (and subsequently his) — forcing my logical mind to beat out the fear-based decision making that would make his world smaller and negligibly safer.

I want to believe that there is far more good in the world than there is evil, and I want my son to encounter that for himself firsthand. So he went to England and met extended family and took in a new culture and generally had the time of his 6-year-old life. I would choose this for him a thousand times over.

Travelling in spite of terrorism was absolutely the right choice — I know it every time I see his face light up when he tells me stories of his travels. Hopefully, they're just the first of many.

If you like this article, please share it! Your clicks keep us alive!
Tags
parenting
Travel
Terrorism
anxiety
Kids