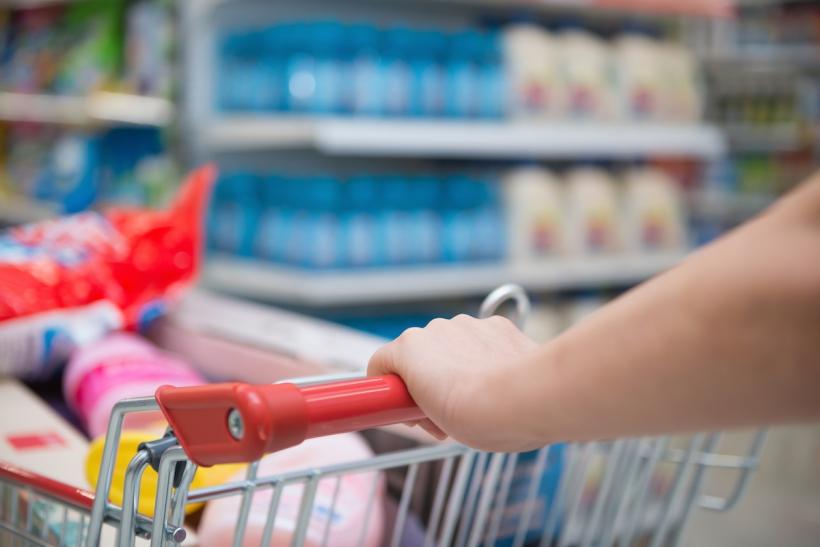 I feel less vulnerable when I’m there, more capable, with greater access to the necessities and niceties that make up a more stable life.

My ex-boyfriend Joe once told me — probably as the headlights of his SUV dipped into that so-familiar parking lot — that there are two kinds of people in this world: those who go to Walmart, and those who don’t.

The world is full of such dichotomies, and they mostly seem tin-eared and reductive to me. For example, I know people who put ketchup on their eggs, but only sometimes; and I even know people who like both pie and cake. But the more I’ve thought about it, the more I feel like Joe’s axiom holds up.

I am someone who goes to Walmart for a variety of reasons. The first is probably ancestral.

I grew up in the Midwest, and in the summer I’d visit my grandparents in their one-stoplight town, buried deep in corn country. On Saturdays I’d go on expeditions to the Walmart on the town’s outskirts, accompanying my grandpa, who loved a good deal as much as, if not slightly more than, he loved me.

They were proud of that Walmart, the way people from small towns are proud of signs their area might, against all odds, thrive. When a new business would open in town, they’d mention it on long-distance calls to my mother and I. The bank’s been so busy they’re talking about opening a second branch. Did you hear about our McDonald’s?

Back home, my mother would visit the Walmart in a neighboring suburb for staples. She had inherited my grandfather’s nose for a deal, and there was the more straightforward fact that we didn’t have very much money. She was a single parent, and I’m sure she was grateful to be able to buy fresh socks every few months, or Fruit of the Loom underwear in those big discount packs.

But truthfully, I’ve come to like going to Walmart, for the simplest and most humbling reason. Like my mother, I don’t make a lot of money, and at Walmart, a dollar goes further.

So I grew up going to Walmart, and truthfully it took a long time for it to occur to me to mind. That famously no-frills atmosphere, those gray walls, and easy-clean linoleum floors that still somehow always have stains, the carts with one crazy-rattle wheel, crying babies, merchandise jammed onto the shelves with little resemblance to the chic geometric endcap displays of, say, Whole Foods — it’s almost like I didn’t see it.

It wasn’t until two boyfriends in a row bitched about shopping there that I began to take it in and to wonder about Walmart’s fundamental squalor.

Then there were the politics, which I admit are troubling for devout liberals (like me). No PR company in the world could scrub Walmart’s hostility toward its workers, like the company’s recent plan to have employees deliver packages … on their commute home from work. Prices can only get so low before people start wondering about sweatshops. And that Walmart my grandparents were so proud of probably put several mom-and-pop stores out of business.

Considering all this, and amid objections from my boyfriends, I stopped talking about Walmart for a long time.

I still went twice a month, for household supplies and almost always for groceries. I just didn’t mention it anymore. And it’s pretty easy not to bring it up with my friends, who are engineers and attorneys and computer programmers and other “urban elites” living on takeout and Blue Apron.

But truthfully, I’ve come to like going to Walmart, for the simplest and most humbling reason. Like my mother, I don’t make a lot of money, and at Walmart, a dollar goes further.

There’s the startling cheapness of prescription medicines, the generics that retail — even with health insurance — for a third of what they cost at Walgreens. There’s my shampoo, not even one of the fancy ones, priced $2 less than Target.

Related: Your Obsession With Travel Sure Feels Classist To Me

And there are the cheap, often-plastic goods that make small but measurable improvements in my life. The organizing boxes I bought for $7 corralled the mess of contact solution and prescription bottles in my bathroom. The $12 shoe holder elevated a jumble of shoes from a dust-bunnied corner, lifting them skyward. There’s the occasional pleasure of new sheets, or fake-silk, probably-flammable pajamas for $14.

I can grocery shop at Walmart and buy a big cart full of dried noodles and eggs and individually-wrapped cheese slices. Though I still have to keep a mental tally of how much I’m spending, I never end up in the checkout line with nothing more than milk, cereal and bananas, the way I do at the supermarket in my neighborhood.

Though, as a cultural symbol, Walmart is associated with poverty — those “People of Walmart” with their sweatpants — going there eases my sense of privation.

When I’m able to buy the things I need, I feel closer to the middle-class lifestyle I always imagined.

I feel less vulnerable when I’m there, more capable, with greater access to the necessities and niceties that make up a more stable life.

I don’t know if I’ll ever be in a position where I don’t have to worry about money, where every dollar doesn’t matter. But until then I’ll be going to unfashionable, toxic Walmart, loading my crazy-wheeled cart with big bags of off-brand cat food. I’m there in search of a particular illusion.

It's an illusion that I won’t always have to make do with less — that I am, in fact, getting by. That when I sprain my wrist and need a brace and medications, or when my bicycle pump gets stolen from my back porch, those minor problems won’t turn catastrophic; that the world will provide what I need from it.

If you like this article, please share it! Your clicks keep us alive!
Tags
Walmart
people of walmart
Classism
classist
poverty 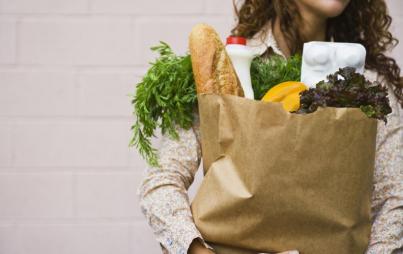 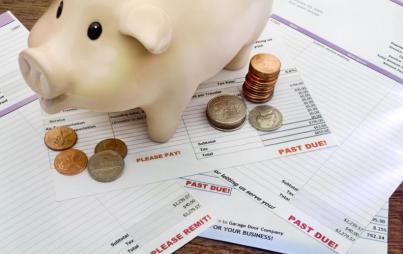