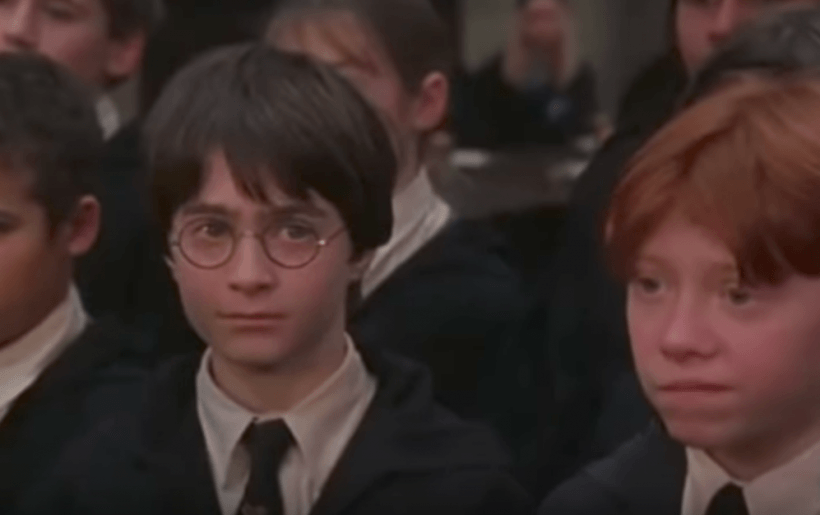 Hogwarts Headmaster Albus Dumbeldore talks at length about the power of love to overcome all else. What he doesn’t talk about, but is a theme throughout the series, is the power of redemption. (Image Credit: YouTube/CBS News)

Twenty years ago today, a book was released in Britain. It was the first time ever that readers took in the magical words “Yer a wizard, Harry.” Between the covers of Harry Potter and the Philosopher’s Stone* was an adventure filled with untold wonders: flying broomsticks, golden snitches, talking hats, magical creatures great and small, and the Hogwarts School for Witchcraft and Wizardry.

I’m still waiting for an owl to bring me my acceptance letter. It’s just not possible that I will have to be a Muggle forever.

While J.K. Rowling’s wizarding world is undeniably charming and creative, it’s also a world that mirrors the realer, harsher world outside of Hogwarts. Harry and his friends faced social ills just as great as those we see day today in our own lives. Rowling didn’t shy away from including social justice in her stories, and I’m sure that was no accident.

Just take the Rowling’s ongoing theme of pure-blooded wizards looking down on Muggle-born wizards. Everything about the idea of old families holding themselves above all others is textbook classism. The Malfoys stand as an example of the harm that can be done when a family thinks lineage matters more than character or merit.

They become so preoccupied with protecting their heritage that they are willing to sacrifice the present.

While racism as we think of it in America isn't a wizarding issue, there is the problem of wizards historically relegating other magical species to a second-class status. Wizards view creatures such as house elves, goblins, centaurs, and giants with anything from mild contempt to utter loathing.

Hermione raises the issue of the rights of non-human magical beings throughout the books, even when she herself is being persecuted for her Muggle-born status. Hermione is not only the cleverest witch at Hogwarts, she’s also the most intersectional.

Hogwarts Headmaster Albus Dumbeldore talks at length about the power of love to overcome all else. What he doesn’t talk about, but is a theme throughout the series, is the power of redemption.

There is no character who is without flaw in these books.

Each character swings on a pendulum from good to misguided to bad and back again, many times. And every character is given chances to redeem their mistakes and start again with forgiveness. Harry is willing to listen to Sirius Black instead of merely blaming him for a long-ago tragedy. Dumbledore trusts Snape despite his journeys into the Dark Arts. Harry gifts Narcissa Malfoy the information that she most desires, though heaven knows she’s never done a thing to earn Harry’s trust. And even in the last battle, Harry tells Voldemort… Well, I won’t spoil it. But anyone who’s read about the Battle of Hogwarts knows what I mean.

I have ventured into Harry’s world over and over again, and every time I finish the series, I feel like I’ve learned another life lesson. So I just want to say thank you to J.K. Rowling for the gift she gave us.

Thank you for sharing the story of the Boy Who Lived.

*It was released as Harry Potter and the Sorcerer’s Stone in the U.S. I don’t know why. I guess we don’t think of philosophers as magical on this side of the Atlantic.

If you like this article, please share it! Your clicks keep us alive!
Tags
Harry Potter
J.K. Rowling
Dumbledore
Classism
racism
celebrating 20 years of Harry Potter