Why I'm Coming Out As A Bisexual Woman 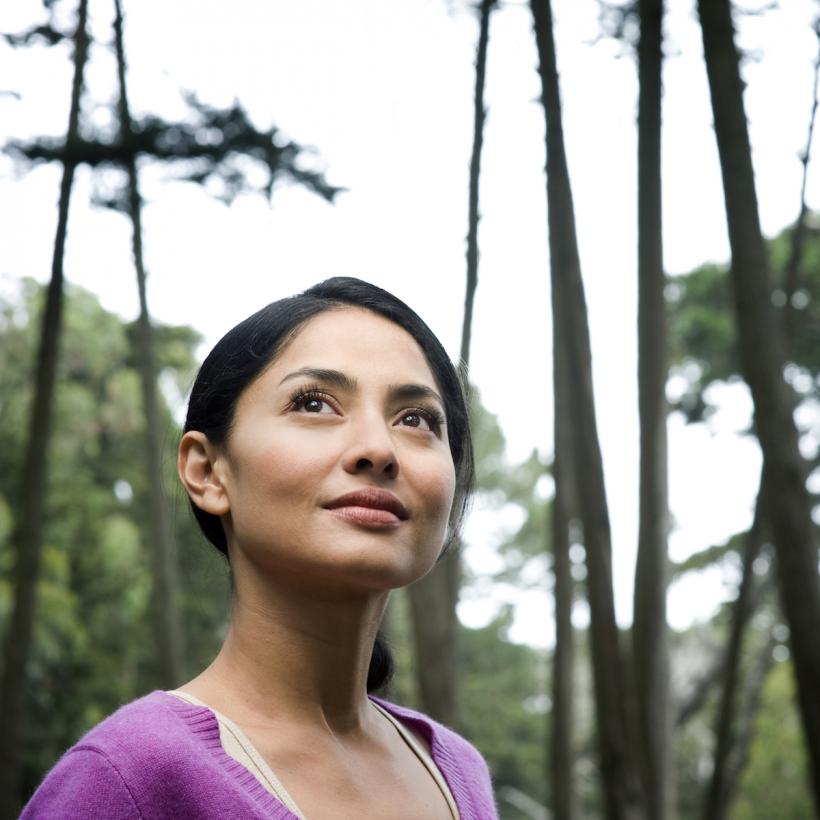 I experience male and female attraction differently — though neither feels any less “natural” than the other.

Last June, in honor of Pride Month, actress Evan Rachel Wood filmed a YouTube video to clear up some common misconceptions about bisexuality and to discuss her personal process of coming out. Her honesty and activism earned her the Human Rights Campaign’s Visibility Award earlier this month. “We’re all individuals,” she says, “and we all have our own stories.”

My story begins with a first love.

In high school, I discovered Virginia Woolf. I stole away to the library to throw myself into her driving genius — her worlds much more sophisticated and colorful than my own — and when the bell rang I’d bring her home. When the film adaptation of The Hours hit theatres, I was there on release day. I watched as the famously bisexual Woolf put a stone in her pocket and drowned herself in 1941. And in 21st century New York City, I saw a modern Clarissa (modeled after the titular character of Woolf’s Mrs. Dalloway) kiss her partner Sally goodnight. As the house lights rose, some tense and stretching rubber band inside of me snapped. I left the theatre shaken with sobs, unable to express why.

Sophia* and I met in an online forum for The Hours and soon found ourselves bonding over more than just the film. She was a free-spirited California girl, I was a budding East Coast writer, and together we retreated into our shared love of ‘60s counterculture, handmade jewelry, and Meryl Streep. We insulated ourselves from an accelerated millennial adolescence by celebrating treasures from decades past.

It wasn’t long before I fell asleep nightly to Sophia’s high, tinkling laugh. Letters arrived that I kept in a shoebox under my bed, sometimes containing beaded bracelets or mix CDs so that she could be with me always. Girlfriend, I practiced out loud before talking about her with my more open-minded friends at school.

And then, one day, my mom found the shoebox. “Are you gay?” she asked.

I crumpled into the arms of my best friend, who at the time had come out only to me, and then burrowed even deeper into myself. I destroyed the shoebox and its contents, barring the items Sophia had crafted for me. Our relationship unsurprisingly dissolved into a strained friendship charged with sadness. I tried to assimilate, dating boys in high school, but my substantive interest in them was missing. I wore Sophia’s beaded “Chelsea” bracelet under my sleeve in an act of defiance until the end of my senior year, when someone else stirred my heart.

And that someone was a boy.

Shortly after our graduation, Andrew* and I sat eyeing each other tentatively on my bed. That afternoon was the natural culmination of a friendship that had morphed into fondness and desire – a desire I hadn’t felt since dating Sophia — and I decided to be honest with him.

After a few jokes about a possible “lesbian margin of error” that was more to ease our nerves than anything, I lost my virginity to one of the kindest, most passionate souls I’ve ever known.

“Who am I?” is a hard enough question for a heterosexual teenager. It’s immeasurably harder for a gay teenager, particularly one who may be up against an unsupportive social network or hostile religious institution. And then there’s understanding bisexuality during those years, which makes you feel like a pinball. The straight flipper and the gay flipper each send you careening into the air, and you pray that you don’t fall down the hole.

Evan Rachel Wood says that bisexuality is confusing, and she’s right. “We’re not confused about who we are,” she clarifies, “but we’re confused about our place in the world.” Nearly fifteen years after first acknowledging these inclinations, I’m not at all confused about who I am or who I’m attracted to. I’ve been involved with both men and women. I’m fortunate enough that most of my partners haven’t dismissed my sexuality. Instead, they gave me the freedom and guidance to explore it. Most of all, I’m happy that my two first high school loves are still important parts of my life.

But even with a firm sense of sexual identity, navigating a world that deals in binary can be disorienting. The words “bisexual” and “bisexuality” themselves are rife with conflict. Even one of my favorite (and otherwise progressive-for-its-time) shows, Sex and the City, constructed an entire episode around bisexual stereotypes: that we’re flaky, frivolous, and inherently incapable of stable relationships.

“Loaded words…come with value and judgement,” Greta Christina writes in her essay on how bisexuality and other forms of queerness fit into the LGBT community. “If the word bisexual…were a more neutral word like Midwesterner or coffee drinker or brunette, [a woman] might be more likely to use it, and she might be more comfortable with her own behavior.”

No matter how positive some of your relationships may be, dating both men and women (or simply being attracted to either sex without consummation) can feel like dodging land mines.

I’ve been accused of “hiding behind heterosexual privilege” when dating men, while a bisexual friend of mine was recently criticized for “giving lesbianism a bad name” by marrying someone of the same sex. Gay men have told me that when I sleep with another woman, it isn’t “real sex” because there’s no penis involved. I’ve had to explain to a few former boyfriends that a) sexual orientation is not suddenly altered or invalidated when you date someone of a particular sex, and b) sex between two women is neither a performance for men nor an activity for a man to join like a game of jump rope.

A sobering statistic: bisexual women are twice as likely to experience intimate partner violence as their straight or gay counterparts. Evan Rachel Wood wonders if this can be attributed to the negative misconceptions surrounding bisexuality; most overwhelmingly, the idea that people like us do not exist. Anyone who knows me personally knows that this is my truth; my way of existing in the world. But I believe that chipping away at the problem of bisexual erasure starts with living truth out loud, in a broader and more public way, particularly as we face a political climate that may put LGBT lives in danger.

Coming to terms with sexual orientation is a different journey for everyone, but for me, this journey has been one of the most eye-opening and gratifying processes of my life.

I’ve learned that my form of bisexuality is less about “not seeing gender” and more about the ways I perform gender in partnerships.

I experience male and female attraction differently — though neither feels any less “natural” than the other. I’ve learned, over time, to treat misconceptions less as obstacles and more as teachable moments. Most importantly, I’ve learned that it’s possible for one person to house multiple truths: that the presence of one does not negate the presence of the other.

*Author’s note: Names have been changed to protect privacy.

If you like this article, please share it! Your clicks keep us alive!
Tags
coming out
bisexual
bisexuality
bisexuality is real 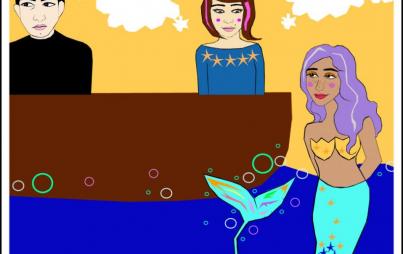