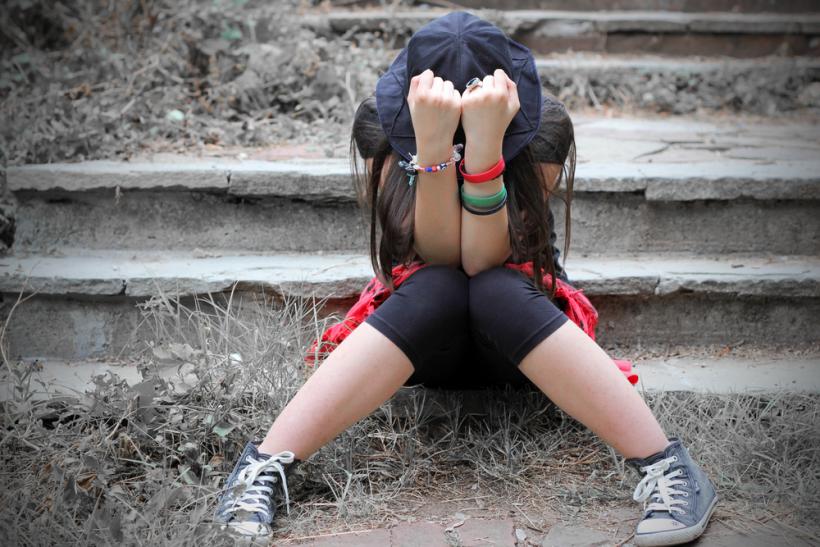 I’ve shared my struggles in navigating when your kid is struggling with their sexuality, at the end of the day, this is my daughter’s story.

I’d walked into my 11-year-old daughter’s room to do the obnoxious rearranging I do each morning as she leaves for school — opening the blinds, adjusting her pillows, and straightening her books. On her dresser laid her rainbow unicorn notebook, among others. I picked it up and flipped through it, expecting to find lists of craft ideas and birthday party plans but was instead met with a list that blindsided me: Mental Health Ideas.

In her pre-adolescent handwriting was scribbled ideas on how to manage her apparent (and previously undisclosed) anxiety and depression, amazing self-care ideas like drinking tea and journaling, sitting by her diffuser, watching certain YouTube channels, and taking a day off.

The cover page stated the purpose of the notebook: “Venting Notebook for my General and Social Anxiety (Thanks, Jessie Paege).” Her first and, to my knowledge, only journal entry was from the first day of school. It was filled with laments about having no friends in her fifth-grade class, about not wanting to do her school play, and about being pansexual and no one in her school knowing. She talked about having to face these children every day who do not understand her, all while hearing “the most homophobic comments,” and that she needs someone like her around, someone who is pan, into Panic! At the Disco, and who watches Gilmore Girls.

Someone to help her feel less alone.

I took a few steps to help me through the initial gut-punch of a silently-suffering child, followed my intuition and showed her as much love and support as I could muster. Here are some things I did that helped.

In an absolute panic, I called my partner and read the entry aloud to him, having the deep, sinking feeling of loving a child who was hurting. My child's sexuality had only briefly been discussed when a similar document was found at her father’s house. We had sat with her for hours, assuring her she was safe and loved. We spent alone time together in her space, showing that this was her story and no one was making her tell it. It appeared now that this was still laying heavy on her.

2. Reach Out To Professionals.

I began a series of phone calls. First was to the Time Out Youth Center, a youth center for 11-18-year-old LGBTQ+ individuals in my city, who then gave me the contact information for our local PFLAG chapter. The mother who runs the group took my frantic and unsolicited nine a.m. phone call and for thirty minutes encouraged me to get my daughter connected and to let her know she’s not alone.

I started scrolling through Jessie Paege’s YouTube channel to get a frame of reference for the dedication page of the journal. Jessie Paege seems nice enough. She’s young, she’s relevant, and she’s bi — but she also gives unsolicited mental health advice to a ready and willing audience. Her videos “How to Survive Being Gay at School” and “How to Survive Back to School With No Friends” were among the recently uploaded and my daughter’s recently viewed.

My daughter has never struggled with making friends at school. If anything, she’s had an abundance of friends and has struggled to spread herself out to them. She is loved by teachers, students, anyone who meets her. Her entire life she’s been referred to as a “mini adult” who can carry on a conversation with anyone, so to see her quickly spiraling downward was entirely out of character. I couldn’t help but think that these videos through the eyes of an 11-year-old were a call to put on the valiant armor of being depressed and sad because of your sexuality. I wanted her to see the joy in self-acceptance, not the panicked underpinning of being on the margins of society.

Within an hour of ending my conversation with the PFLAG chair of our city and after frantically scrolling YouTube, I was in the lobby of Time Out Youth waiting unannounced for a conversation with their brilliant staff. Graciously, sensing my urgency, the organization’s social worker gave me a tour and then met with me in his office so I could ask him questions.

His advice to me was practical and helpful. He told me to instead offer to watch these videos with my child so we can discuss the content together. He reminded me that she’s probably just not going to tell me everything that’s going on (most kids don’t — I didn’t) but to stay available. He, like the PFLAG chair, told me to get her connected. He gave me the contact information for a therapist who specializes in LGBTQ+ youth as well as youth anxiety and depression. He invited me to bring my daughter back, to make friends with people in her community who deal with what she’s dealing with and who can be a safe place for her.

I called the therapist and left a voicemail on the way out of the parking lot. Within a few hours, my daughter was set up with a therapist who was ready to take on the challenge without shaming her and ready to allow my child to fully express herself and find her path. To have a support system outside of the family is invaluable for the child. They can talk and hang out, free from judgment and free from someone reporting back to parents (unless it’s cause for concern, of course).

I reached out to my therapist to make sure I was on the right path and not overreacting. Being the support system of another person requires its own support system.

Though I had no intention of sharing the inner workings of my child’s sexual identity, I contacted my daughter’s school counselor to ask her to be on alert and to meet with my daughter. Because part of her problem stemmed from loneliness at school, I wanted to make sure she knew she had support there and that she was welcome to chat when necessary and unload.

7. Talk To Your Child

When my daughter came home from school, I timidly brought up all but the journal. I casually let her know we could hang out at the youth center and she could connect with friends there. She was appalled and thought it was a horrible idea — for now. I told her about therapy, and she and her therapist now have a great relationship.

Though I’ve had my share of struggles in navigating this, at the end of the day, this is my daughter’s story, and I want to hear her tell it.

If you like this article, please share it! Your clicks keep us alive!
Tags
coming out
mother
daughter
child
LGBTQIA
homophobia
pansexual
self-care
mental health