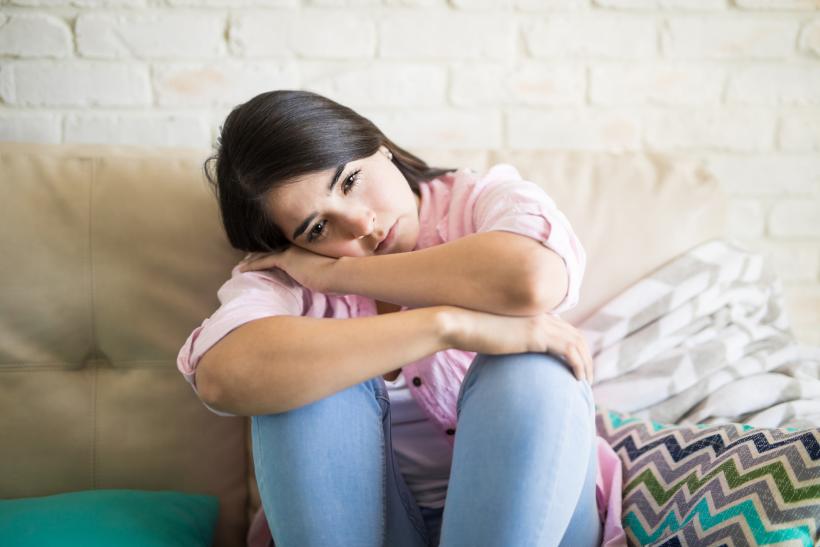 Being a full-time caregiver can be exhausting at times, but the hardest part is honestly the isolation.

Technically, I’m child-free. But that’s only because I didn’t birth or adopt my dependent. While I may not get cards or flowers on Mother’s Day, I live with all the daily responsibilities that go along with the hardcore adulting of parenthood.

I became a full-time caregiver to my younger sister Molly* two years ago when I was 28. Our abusive mom had kicked her out of the house in a fit of drunken rage on Thanksgiving night, right after the turkey — making Molly immediately homeless. Due to her disability, Molly had been entirely dependent on our mom. There weren’t other family members besides me in the area, so Molly moved in with me that very night.

When 30-something moms in my area say they’re looking for mom-friends so they can meet up and bring the kids along, they’re not talking about me. I’m not a part of the parent club, even though I need support, too.

Despite the eight-year age spread, we’ve always been close. And now that we live together we’re able to have even more sister dates — whether that’s marathoning Sailor Moon and Steven’s Universe, or geeking out over all things Disney and the newest expansion packs for Sims 4. She’s my brilliant and funny little sister, and one of my best friends. And now she’s also my dependent. I’m her advocate in a world that so often doesn’t understand or accommodate for disabilities. I’m her caregiver, completely responsible for her safety and overall wellbeing. It’s a lot of responsibility.

Molly needs intensive, daily care. Things like cooking breakfast, doing laundry, or showering are often challenging or even impossible for her do without help. When Molly has really bad days, sometimes she can’t even grab pre-made food out of the fridge, so I have to bring all of her meals to her. And if I need to take her to the mall for new jeans or a pair of shoes, my husband takes the day off work because I wouldn’t be able to manage taking Molly on an outing like that on my own.

Being a full-time caregiver can be exhausting at times, but the hardest part is honestly the isolation.

This isn't a usual season of life for a 30-year-old, and that makes it more difficult to connect with people my age. Whether my agemates have kids or not, I always feel like the odd one out. Caring for my sister has become one of the biggest parts of my life, so I can’t relate to my child-free friends anymore. And despite having a full-time live-in dependent, I'm not a part of the parent club, either. Although it feels a lot like I'm a parent, I don't have all the resources and the people who get it because they've personally been there. It’s lonely and hard to find support.

If I were a new parent, I could find entire magazines dedicated to my life stage spread out on the tables of any doctor’s waiting room or while standing in line at the grocery store. If I asked Google a question about taking care of my kid, I’d soon be drowning in a sea of tips and tricks, personal stories, and warring opinions. I’m sure sorting through the mess of parenting advice ranging from helpful to ridiculous would be overwhelming, but I still envy parents all the readily available resources. Taking care of another person is a tremendous responsibility, and they’re not doing it in a vacuum.

A friend of mine told me that it feels like she meets other 30-something parents constantly since giving birth. “It’s a lot like having a dog,” she said. “Other people with babies talk to me now that I have one.” She said she'd made new mom-friends at the grocery store, park, and just walking around town.

I’m not nearly as extroverted; so even if I were lugging a baby around, I probably wouldn’t meet as many folks. It’d be nice though to be able to meet people could relate with this being-a parent-but-not-technically-being-a-parent thing. But that’s a much smaller percentage of the population than those who have birthed or adopted a kiddo. And it’s much harder to ID them from a distance while at the grocery store.

What makes me feel the most alone though is when people with kids tell me how “lucky” I am because I can enjoy the freedom and fun of being child-free.

“You’re so lucky you don’t have kids,” a friend recently told me. “You get to go on vacations with just your husband.” First, the assumption that people who are child-free have life easy is ridiculous and hurtful. And second, even though I don’t have any kids, I’m not dependent-free.

“Steve and I won’t be able to take a vacation to Disneyland for years, but you could go anytime, just the two of you,” my friend continued. She’s afraid they wouldn’t get their money’s worth if they went before the baby was old enough to go on the rides and she regrets not taking more vacations before they had kids.

Despite not being a parent, I know what it’s like to not have gotten as much one-on-one time with your spouse as you would have wanted. My sister can barely leave the house, so I haven’t spent even an afternoon alone with my husband in our apartment since she moved in — and that was two years ago.

My friend dreams of vacations, but I’d love to just have a few hours alone in our apartment to watch Netflix.

And while it might be a bit before my friend’s baby girl can fully appreciate Disneyland, she will gradually need less care the older she gets. They’ll be able to take a family trip to Disneyland later. And someday, most likely, her baby will grow up and move out. Eventually, it’ll just be my friend and her spouse.

But Molly doesn’t have the luxury of becoming financially independent and living on her own someday. And that means she’s going to continue to live with me. Someday, my husband and I will retire with my sister — which, even though I love my sister and take the responsibility of caring for her very seriously, isn’t exactly what I’d planned.

“I don’t know how to have friends,” I’ve told my husband. It’s not that I need my life to be identical to someone else’s to be friends, but it’d be nice to meet someone who could relate. Sometimes I feel like I need parent-friends. There are a lot of similarities between me taking care of my sister and parents taking care of their children, but the similarities are never acknowledged. When 30-something moms in my area say they’re looking for mom-friends so they can meet up and bring the kids along, they’re not talking about me. I’m not a part of the parent club, even though I need support, too. And that can feel isolating.

*Name changed, and I decided to be anonymous because everyone should have the right to create their own Google history.

If you like this article, please share it! Your clicks keep us alive!
Tags
caregiving
caregiver
sisters
family
isolation