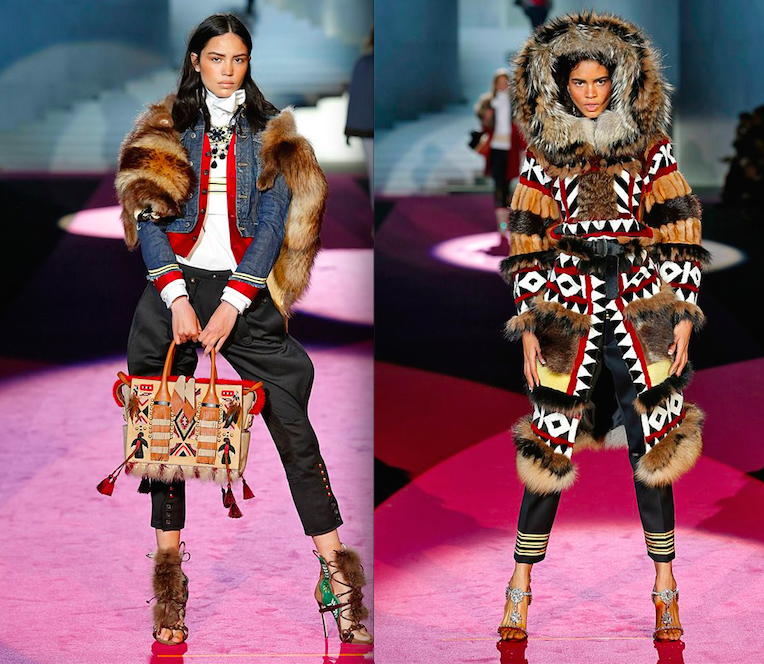 Dsquared2 designers—brothers Dean and Dan Caten—decided to mash up Native American styles with European for their oh-so-offensive collection. Remember how Europeans stormed America and systematically hacked away at the livelihood of the natives? Then continued to make their lives a living hell for generations? Yeah. That.

But because that concept wasn't myopic and denigratory enough, Dsquared2's marketing team decided to up the ante a bit. Check out this enlightening description of their creations 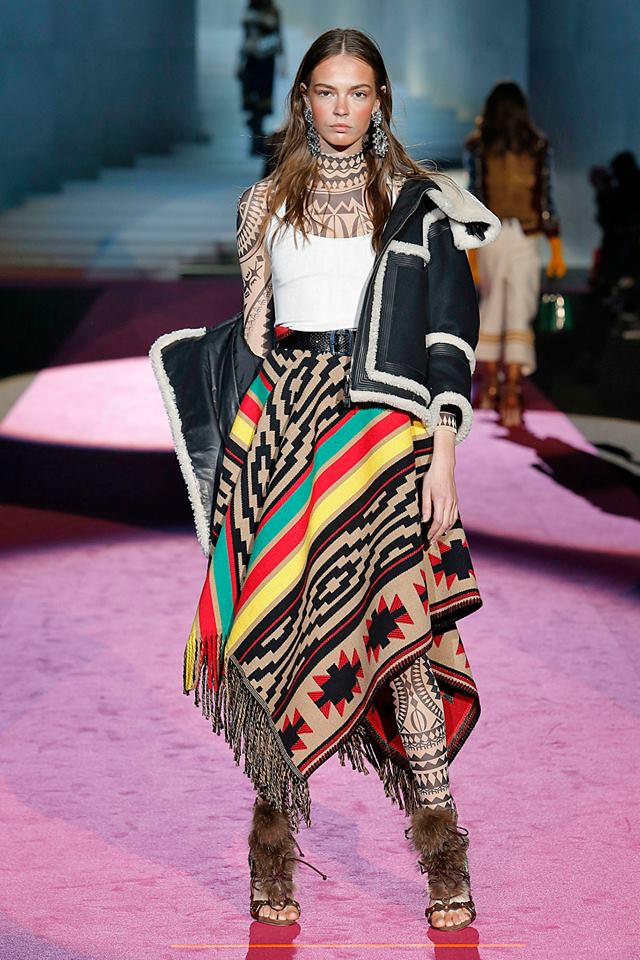 : "The enchantment of Canadian Indian tribes. The confident attitude of the British aristocracy."

Um. Like, confident enough to wipe out an entire population?

And yet, dear Ravishers. It gets worse. Dsquared2's hashtag for the collection? #Dsquaw.

You'd think one of the Caten brothers' friends, lovers or mothers MIGHT have stepped in with a history book and said, "bro, maybe this isn't worth it." But no. And predictably, people are furious.

One tweeter put it best:

The lastest @Dsquared2 'fashion designs' are degrading to Indigenous women & girls and those racist notions contribute to #MMIW. #Dsquaw

I think we can all agree that fashion should steer clear of Missing, Murdered, and Indigenous Women. (#MMIW.) No Navajo print on earth is worth capitalizing on that kind of sorrow.