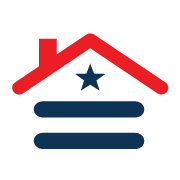 In social justice circles, the word "Republican" is more-than-sometimes attached to a rather sullied image shall we say. Even Republicans have became disenchanted with the party in recent years. Conservative families are producing young Libertarians—rather than young Republicans—as Millennials explore the different facets of political realms overlooked by past generations.

At their cores, the Democratic and Republican parties are—arguably—rather similar. Fringe groups—like the Tea Party and, well, 76% of the Bay Area—help drive the party's ideals in polar opposite directions.

Make sense? Great, because you'll need it to understand the following news tidbit.

Within the Republican party, there is a large pro-gay organization—they're called the Log Cabin Republicans—and they've been around since the 1970's. The group is a grassroots organization, and it has grown larger over the decades. On their website, the organization clarifies their position:

"We believe equality for LGBT Americans is in the finest tradition of the Republican Party. We educate our Party about why inclusion wins. Opposing gay and lesbian equality is inconsistent with the GOP’s core principles of smaller government and personal freedom."

Unfortunately, not all Republicans agree with this stance. You're shocked and appalled, I know.

The Log Cabin Republicans were—dare I say—disgracefully uninvited to the Western Conservative Summit in Denver. The WCS is instrumental in networking amongst conservatives, and it typically rallies influential speakers (like Scott Walker and Mike Huckabee). The Log Cabin folks already paid for a table, then were informed they could no sponsor the event. They may buy tickets, but that's a far cry from their initial goal.

Needless to say, Log Cabin Republicans are furious—though, not surprised. The organization was refunded, but—as you can imagine—this does nothing to un-ruffle feathers. In turn, the WCS was offended that the Log Cabin members issued a news release rather than calling them up to say, "Hey, we're not happy. Let's talk." And so it goes.

Here's the thing: I know we Americans will never agree on everything but I think we CAN all agree on the simple fact that these particular Republicans are massively alienating a giant slice of American pie when engaging in such discriminating behaviors. Conservative Millennials see news reports like this, and turn to the Libertarian party instead. Democrats may (rather sinister-ly) feel thrilled to see such turmoil, but they are in the wrong as well. Drama in the Republican party does not strengthen the Democrats; rather, it tears apart at whatever semblance of integrity our political system has to begin with.

Conservatives: This flaming liberal, wild feminist, and the like, is begging you to get it together. Please.